Trekking the Haute Route between Chamonix and Zermatt 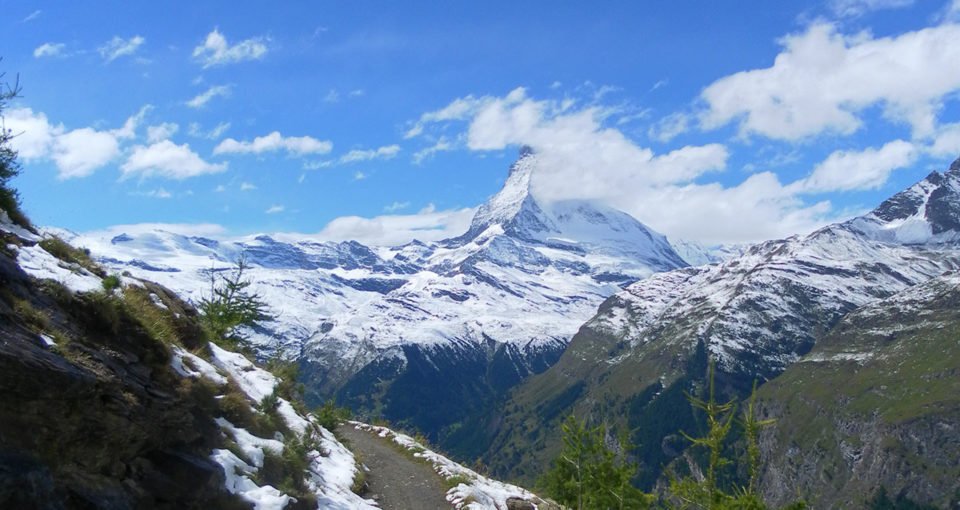 The classic ‘Haute Route’ is commonly associated with the ski touring route between the legendary alpine settlements of Chamonix in France and Zermatt in Switzerland. For those who would prefer to experience one of this most famous collection of mountains on foot, the Haute Route can also be navigated as a trekking trip.

Though never quite breaking the 3000m mark, this route covers 11 high passes which provide a scenic feast for mountains lovers. Covering 180km, and gaining more than 12,000m in vertical height, the Haute Route is a demanding route – certainly not one for the faint hearted.

From Mont Blanc to the Matterhorn, the Haute Route links two of the world’s most iconic mountains, peaks that loom over the route, connected by the unrivalled panoramas of the greatest collection of 4000m peaks anywhere in Europe. For lovers of the Alps and historians of the mountains the Haute Route is an absolute must.

Aside from the towering spectacle of the Matterhorn and the majesty of Mont Blanc, the route winds between numerous legendary peaks whose names will be familiar to so many, the Weisshorn and Grand Combin to name a couple. The variety of the Haute Route is also one of its great strengths as it passes through both the bustling ski resorts of places like Verbier along with long forgotten Alpine hamlets and hidden valleys.

The route can be tackled in both directions but is more frequently hiked from Chamonix to Zermatt. This provides the advantage of walking East, meaning that much of the morning’s climb to the pass can be achieved in shade if started early enough! The route can be covered in two weeks, but given the beauty of the mountains and the wide range of alternative routes and climbing possibilities the possibilities for tailoring the route to one’s own needs are almost endless. The easy access to a number of transport facilities also aids this versatility and flexibility. The route is extremely well signed but maps can be purchased from Stanfords and further information can be found in the Kev Reynold’s excellent guidebook.

Accommodation along the Haute Route is varied and comprises of hotels, B&Bs, mountains refuges and camping. Whilst the route does spend several days high in the mountains, passing through few if any inhabited settlements, the majority of stages involve passing through villages or towns where accommodation and supplies can be found. It should be noted that although the mountain refuges are atmospheric and scenically spectacular places to stay the night, the accommodation and food which they offer is not cheap.

The period for walking the Haute Route largely depends on the volume of the previous year’s snowfall as snow can lie in the high passes well into June and at times even July and August. As ever in the mountains the weather can be highly unpredictable – my two weeks on the trail at the end of August began in 36°C heat and ended with snow falling as low as 2000m. Packing should be undertaken with these extremes in mind!

Both Chamonix and Zermatt have excellent rail links from major lines in France and Switzerland. Find them at thetrainline.eu (also an app worth downloading),