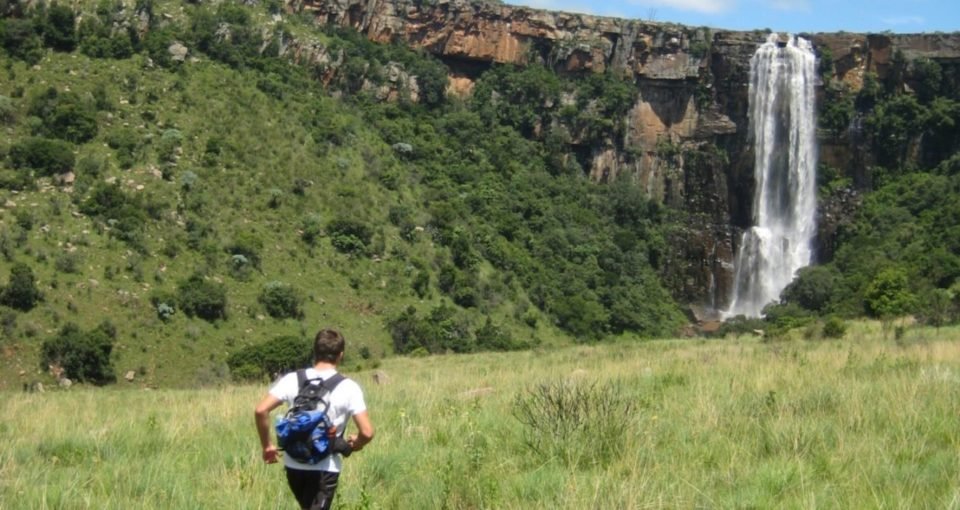 Mine-heaps and tollgates are what the average tourist would remember from the Mpumalanga province in the Northern parts of South Africa, but there certainly is more to it. The ‘Highveld’ (translated as Highfield), as this part of the Rainbow Nation is locally known, plays host to a different kind of beauty than what you would find in the more commercial Southern parts. Those seeking adventure while experiencing the true African wildlife are sure to be pleased on the relatively new Num-Num trail near Machadodorp, Mpumalanga.

The trail, which stretches just over 37km, is a four/five day hiking route consisting of five hiking camps where one can rest after each day. Each of these camps are fitted with more than enough facilities to keep the ‘not-so-adventurous’ happy, but they still make you feel as if you have properly escaped into the African wilderness.

The Five Assegais Country Estate is where the owners have create the exciting Num-Num Trail, and it is where a friend and I found ourselves exploring a part of South Africa that hasn’t received the credit it deserves.

South Africa is famous for numerous multiple day hiking routes, such as the Otter Trail alongside the east coast, and the Boland Hiking Trail route. These trails are world renowned, and therefore it was quite an achievement for the Num-Num trail to be named the top trail of South Africa in 2011, outplaying all of the legendary others. We were surely in for a treat.

What truly sets this multi-day hike apart from the others is the very convenient accommodation one gets after a tough day of hiking. The God’s Window Hiking Camp and the Candlewood Camp were to be our homes over the duration of our stay. There are also three other camps, one being an antique train called the Pongola Express that transports you back to the days when this part of land was still a mining town. These hiking camps are brilliantly equipped with more than enough kitchen accessories, showers, fireplaces and even comfortable beds. Some of them have electricity, some don’t. Either way, these places will blow your mind.

We were only spending three days on the Five Assegais Country Estate, and therefore decided to do more than one route per day. After spending an evening in the God’s Window Hiking Camp and experiencing the legendary ‘Loo with a view’, we were off on the Bladdernut Track. We started at the top of the escarpment line (which divides the ‘Highveld’ and the ‘Lowveld’), and stayed high, enjoying the very exciting sandstone mazes that forced us to employ guesswork a number of times.

Finding our exit, we were relieved to experience the beautiful views from the top of Howard Falls. From here we were soon whipping down the escarpment into the luscious Amazon-like forest next to the Bankspruit River. This densely grown part of the trail, known as the Milkplum Path, is where one should take some time and enjoy the surroundings while the trees are keeping the scorching sun out. The many spiders and other venomous creatures in the woods may scare you off, but taking a swim in one of the pools underneath the many waterfalls is sure worth it.

Crossing rivers over the multiple bridges in this jungle, we were soon treated to the highlight of the day. Just before reaching the Candlewood Camp, we found the Waterfall (yes, another one), right beneath the camp we would be spending the night. Being the second highest waterfall in the Mpumalanga province, this was certainly the most beautiful one I have seen. Having experienced it from close-by, it was time to enjoy it from the patio of the Candlewood Camp. A beer came with this treat. I thought the day couldn’t get any better after seeing that water drop down so ferociously. How wrong I was.

What makes the Num-Num trail so user-friendly, is the fact that some of the trails run relatively close to each other on some parts of the route. This characteristic allowed us to follow the Pom Pon Way-trail for about 5km, making a stop at the very impressive Pongola Express Hiking Camp, and then returning to the God’s Window Camp via the Bergbas Route. This had us leaving a part of the Num Num-trail out (I want to be leaving a part of the route for you too).

Both the Bergbas Route and the Pom Pon Way had us clenching our fists at nature, as we were hurtling up and down valleys as if never ending. Another day filled with majestic views and (more) waterfalls, but the highlight of the day was surely the wild zebras and wildebeest we encountered on top of “Die Vlakte”, surrounding us on all four sides. Making our escape, the God’s Window Camp was a welcoming sight. Exhausted. Another beer did the trick.

You would never have guessed that two days full of adventure could fit into one farm estate. The Num-Num trail sure had a lot to offer for us on our short stay, and I would highly recommend leaving the commercial side of South Africa to do the rest of your exploring on the Highveld.

Being safe and responsible