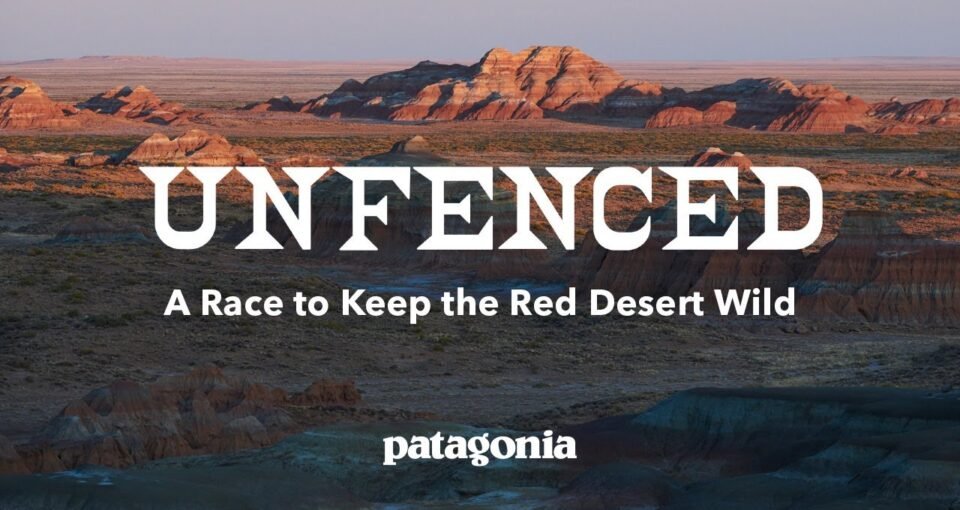 South-West Wyoming’s Red Desert has been featured in a recent film, capturing the area’s current conflict between oil interests and conservation. In the 9-minute film, Unfenced, two advocates for the protection of its natural lands explain their connection to the high altitude desert, itself the largest unfenced area in the continental United States totalling 6 million acres. The Bureau of Land Management currently overseas the designation until it is re-allocated under Federal authority, a relationship that has become increasingly challenged.

Produced by Topspin Studios, the film introduces wildlife biologist John Mionczynski and endurance athlete and environmental, Clare Gallagher, a duo that makes up a boomer and millennial collaboration.

Mionczynski first entered the Red Desert with a rifle strapped to the side of his motorcycle in the 1960s when oil operations were around but not abundant. His visits involved living off the land, an experience which he relates to generations 500 years earlier when the lands would look the same, the wind feel no different. As part of his testimony, Mionczynski cites the fact that because of fortnightly cell turnover, by a month of living in the Red Desert, you are the Red Desert. He is a biologist after all, and a sage voice to make these connections.

By the mid-1970s, Mionczynski noticed how the land had been taken over by industry, “desecrated by oil companies.” Nevertheless, in contrast with the present environmental activism, he was able to organise for seven wilderness study areas to be set up within six months after reaching out to the Bureau of Land Management to sanction the area. 10 zones are now protected, including Oregon Buttes Wilderness Study Area and Honeycomb Buttes Wilderness Study Area.

Gallagher has also taken on the mantle to protect the area, now a supporter of Run the Red, a trail race founded in 2014 to raise awareness for the Red Desert and the Wyoming Wilderness Act of 1984. Gallagher is candid, referring to her role in connecting local people and the management of their land.

“The reality is the biggest thing I feel like we all can do and what I care most about is to try to enact systematic change. Because me driving a Prius doesn’t really matter. Me educating and talking to and learning from people in the Red Desert about what’s at stake – that is going to have systematic change more so than driving a hybrid.”

Unfenced joins other Patagonia-sponsored films promoting environmental causes – ARTIFISHAL and DamNation on salmon and river ways respectively are another two. The Ventura-based company has becoming increasingly politically active since 2016, closing all stores on Election Day to allow store associates to vote in November 2016, and most recently stitching radicalism notes into their apparel.

Find out more at Patagonia.com/activism. To learn more on the history of conservation and Run the Red, read this blog from Katie Klingsporn.