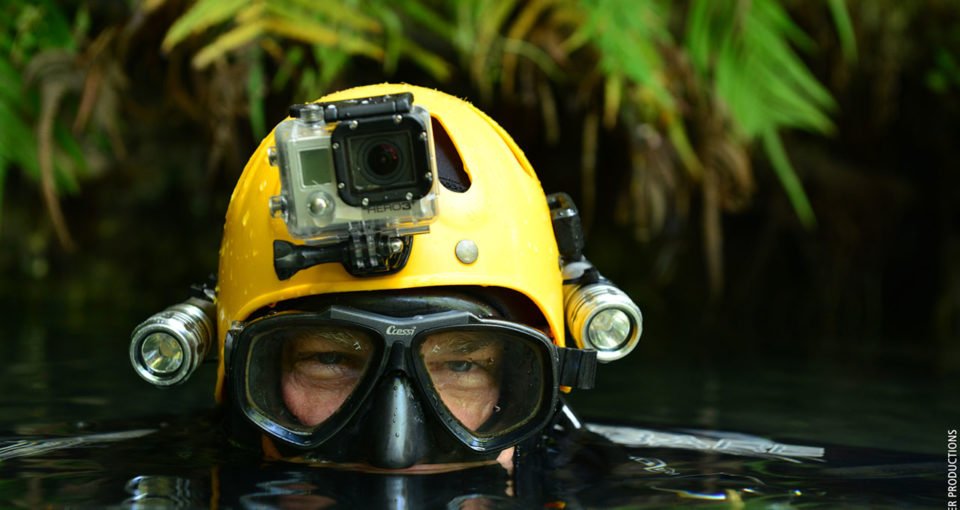 In May, the International OCEAN FILM TOUR Volume 2 shall be arriving on UK shores with a two-hour programme of the best water and environmental films from the last year.

And Then We Swam tells the story of Ben Stenning and James Adair as they attempt to navigate the 3500 miles of Indian Ocean between Australia and Mauritius, a 116-day odyssey from the Brits. At the other end of the spectrum, Red Bull’s Storm Chase follows the world’s most capable windsurfers as they battle against winds up to 60 mph in Ireland, Cornwall and Tasmania.

Heading beneath the ocean, The Crystal Labyrinth dives into the deepest known ‘blue holes’ off the Bahamas. Divers Brian Kakuk and Brett Hemphill push their skills to the limit, bringing with them lighting to illuminate cavities beneath the island’s surface. Out of the tranquil blue and into the surf for Attractive Destinations featuring the likes of John John Florence, Albee Layer and Matt Meola.

In Revolution, filmmaker Rob Stewart delivers a feature-length film that captures wildlife footage and interviews from environmental expert. Filmed over four years in 15 different countries, the film was premiered at the Toronto Film Festival, and has picked up 10 awards including the Social Justice Award at the Santa Barbara International Film Festival.

Finally, PRIME dives deep into the heart of wakeboarding, tuned to a sublime soundtrack.