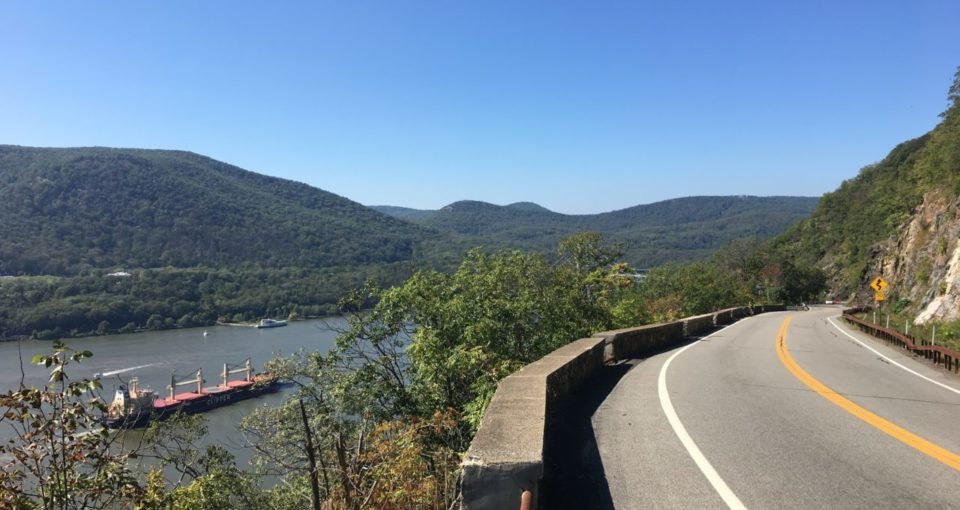 This post batches some exciting waypoints north of New York City, in an an attempt provide some basic context to new visitors to the Hudson Valley. The idea is also to string venues together without bloating an itinerary, pitched at a level that might inform New Yorkers who want to get out of the city, or for tourists looking to get a slice of the action on a constrained timeframe. I’ve only been up the Hudson Valley three times for a total of five nights, but to me it’s already clear that to understand Manhattan requires a pursuit in the wake of Henry Hudson.

Manhattan is bordered along its two lengths by a pair of rivers, the East River which docks with the Long Island Sound, and the Hudson River which drives due north for 315 miles. It’s the Hudson which has allowed for the reach of the Empire State to carve through the interior as far as Albany. The Hudson’s modest girth means that few bridges make the crossing, with the George Washington Bridge being the most obvious for those leaving from Manhattan. On the Eastern side of the Hudson are rolling fields that sweep over to Connecticut, while the western bank is home to the more bumpy terrain including the Catskill Mountains and the Shawangunks, which up the hold up the southern chin of the range.

The grunt work needed to get out of New York and north along the 9 can be tiring, so make a backup plan to have Peekskill Brewery on your map for lunch. The waterside town of Peekskill is less renowned than others further north, but it is a worthy place on the map for cyclists, honing in on the selection of drafts after riding north through the Palisades on the opposite bank of the Hudson (Bear Mountain Bridge offers a crossing).

However the natural first stop for upstate New York visitors is Cold Spring, which has an established Main Street pointing down towards the water. The Breakneck Ridge Hike is a popular ascent for the hardy, while the more relaxed might take time to sample the coffee + soaps mash-up at Cold Spring Apothecary. A neat outdoorsperson store in Cold Spring is at Old Soul, where you can browse products from Filson’s and buy supplies to furnish your final section of the high street, through the railway subway and over to the water where you can view West Point Naval Academy one mile to the south, on the other side of the Hudson.

Seven miles north of Cold Springs is Beacon, renowned in the art world for its expansive collection of sculpture at Dia:Beacon, from Dia Art Foundation. The permanent collections are outstanding, largely due to the vast space which far outstrips any in-city square footage. Even if you’re new to sculpture, the expansive former industrial space will overwhelm (be sure to wander down to the basement). The initiated will rejoice in the fact that Judd, Chamberlain and Serra hold company within the same quarters of Hudson Valley.

Dia:Beacon are also useful for pinning your Hudson Valley trips to some kind of calendar – fall in step with their events to see artists in the flesh and come to terms with your inner city doldrums. Also keep an eye on upcoming plans from the Dia Art Foundation to renovate its Beacon holdings. Perhaps they will also update their cafe which still falls with the cafeteria category. In the meantime, swing by Bank Square Coffeehouse for your fix (they also have beers).

Continue north another 70 miles to get to Tivoli, a small crossroads hamlet that sits to the north of Annadale-on-Hudson, a town which is home to Bard College. Each of Tivoli and Bard rely on Rhinebeck’s Amtrak station, but the two locations on the Hudson are adorable and buzzing places in their own right. Tivoli has a good art hotel, Hotel Tivoli, as well as an adorable General Store with continental beers, a coffee shop serving La Colombe beans, Murray’s, and a bakery. Tivoli serves dinner Wednesday through Sunday, so try to visit during evenings, or else stay at the hotel and set it as your central Hudson Valley base (see the our review of the hotel for training notes).

Tivoli is 13 miles from the Rip Van Winkle Bridge crossing (road #23), linking the slopes of the Hudson’s east bank with its rocky outcrop to the west. Cross the bridge to climb into the Catskills towards the ski town of Hunter, now the location of Scribner’s Lodge. The new property’s bold building stands black and modern on a hillside facing the pisted mountain – a good perch for evening drinks. Its looming entrance and wallside seating makes for a daunting entranceway, propped up at a lower level by the hotel’s restaurant, Prospect (limited daytime opening hours). If you do make it back to Scribner’s Lodge, be sure to sample the sparkling water, on tap opposite the bathroom at the lower level near the restaurant.

From Hunter, return downhill for fresh sandwich at Circle W Market, or hang around the corner and dive deeper into the Catskills toward the renowned Phoenicia Diner. Passing back dow the hill towards the Hudson connects you with two minor waterways. The head of the Kaaterskill Falls can be reached over a 1.8-mile trail, two miles up the drag from Fawns’s Leap, a swimming hole and 20m cliff jump photographed below. Hiking the Falls is the regular mode of movement, but you could certainly make a swift trail run out of it – the mid-section hikes up some sturdy stairs, but you won’t need to make a prolonged effort.

The bumpy terrain of the Catskills established its fame among cyclists, especially when compared with the busier and less interesting roads on the eastern side of the Hudson). We link up with the Catskills Collective for weekends away on the bike, serviced by collection from SoHo, bike guidance, accommodation and food. See a trip summary from our May retreat and email me for news of the next one, taking place in October.

My northern most waypoint is Hudson, a former industrial town that spent some time as the prostitution capital of the eastern seaboard before becoming a destination for mid-century furniture. Wander up and down the main thoroughfare, Warren Street, and you’ll see all the signs of a mature commercial avenue. A bookstore+bar might be one trap, or else the motorcycle-focused Moto cafe which serves cappuccinos on a slick, stainless steel counter. Hudson has also risen through the ranks of discerning consumption by converting an old motel into the chic Rivertown Lodge.

Before you head north from New York City, familiarise yourself with two artists, Thomas Cole and Frederick Church of The Hudson River School. Cole was knocking around the Catskills before the photography was invented, replicating his landscapes in oil on canvas from his home, Cedar Grove (open to public). Many of Cole’s pieces are available to view in Manhattan’s galleries, most recently at the Metropolitan Museum of Art.

Once a student of Cole’s, Church pursued his own career in art one generation later, eventually coming to construct a Persian-style villa, Olana, which features prominently on a hill 12 miles north of Tivoli. Its idyllic grounds are worth driving through even if you’re short of time – open from 8am to sunset, and admission to the grounds is free. See Penetrable by Jesús Rafael Soto until November 2018 (photo below).

Extending a trip to figure the further reaches of The Hudson Valley and Catskills would verge on the intrepid. Obvious omissions from my own routings include Woodstock, a liberal town on the foot of the Sugarloaf Mountain, and Storm King Art Center, further south on the west side of the Hudson across from Cold Spring. The Stockade Tavern in Kingston also blend categories – cocktails and tapas.

For short day trips to the eastern bank of the Hudson, and where you have a single town in mind, Amtrak is a good way to go, setting out from Penn Station (7th Avenue / 31st Street). There are stations at Peekskill, Cold Spring, Beacon and Hudson. Each town continues to takes its bearing from the train station, so most attractions can be reached with a walk, handy if you’re looking for a day trip without a vehicle. Some venues hug the tracks, so you can be taking a final sip of beer at Peekskill Brewery once you hear the Amtrak roll in, for instance.

If you have any questions on how to refine or extend these notes, do email me (will@zafiri.com).