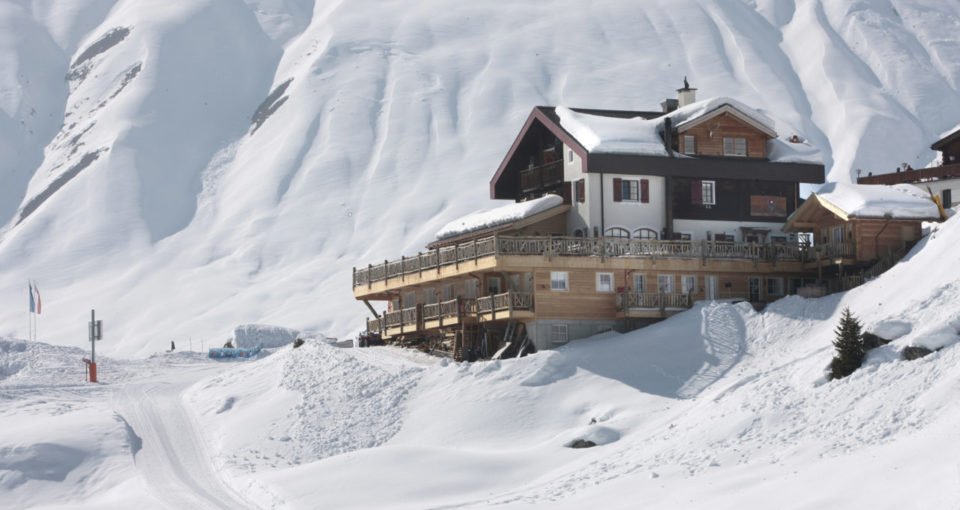 For those who imagine the Swiss Alps to be speckled with idyllic chalets standing proud over deep valleys, there is some hope. Perched on the foot of the 23km Aletsch Glacier, casting a small shadow over the Valais region is Hamilton Lodge, a 19-bedroom spa-come-alpine retreat.

The robust Bernese property is fixed with beautiful wooden surfaces, with the ground level restaurant acting as the hearth of the building. Cast an eye over its dinner and lunch options and you might be tempted to stay on-site throughout your visit, especially given that massage is offered in a cabin-like spa adjacent to the property.

Hamilton Lodge also extends its Swiss identity with an outdoor hot tub with a few hops of a Finnish sauna. The vista is everything with this spot, looking south onto peaks which mark the southern border of the country.

Those ambitious enough to go beyond the hotel itself are rewarded with a number trails in the Bernese Alps. Notable peaks include Nesthorn (3822m), Sparrhon (3021m) and Hohstock (3226m) which leap into the sky from Hamilton Lodge’s doorstep. Cross a suspension bridge over the glacier’s end point and take on part of the Aletsch trail run, an annual race. The hotel’s altitude at 2000m above-sea-level also makes it a good spot to get the passive benefits of sleeping at altitude.

As for winter skiing, you’ll be able to find enough for a long weekend in the Aletsch ski area, with slopes extending to 60km (20 km blue, 20 km red and 20 km black). Starting height is 1235m, rising to 3100m altitude, giving Belalp enough aspect for a mid-December to mid-April ski season. Ski and snowboard hire is easy to find – Snowshop Rip Zone is situated on only 150m from Hamilton Lodge.

Make the most of your trip in Switzerland by taking the train to Brig before catching the gondola up the mountain to Hamilton Lodge, a short walk from the terminal.