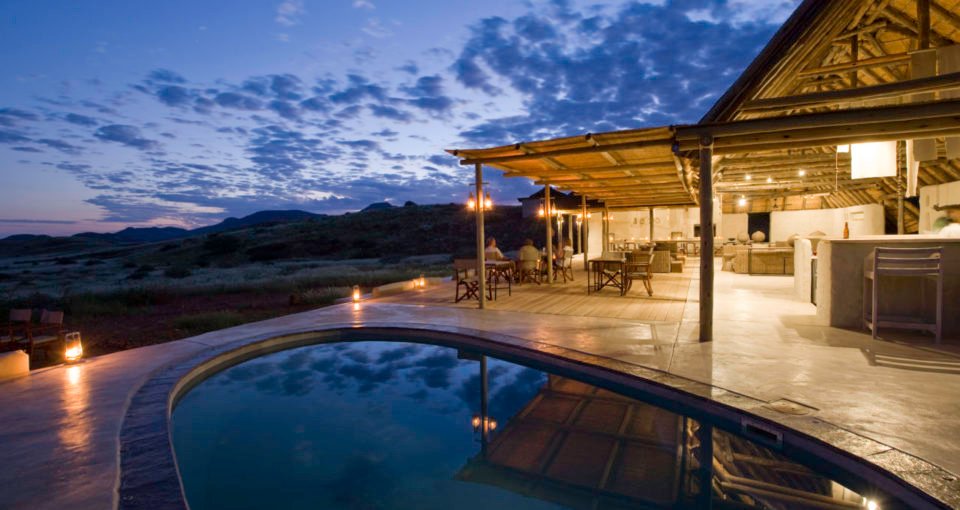 Over the past 20 years, the arid Damaraland landscape in the north of Namibia has proved fertile ground for an innovative approach to land management, with the implementation of policies that are unique on a global scale. One government initiative has been met with local support and commercial partners to sanction large parts of the country as conservancies, with stipulations that first and foremost serve the interests of the on-site community.

Enter the broad valleys of Damaraland to find the Torra Conservancy, officially registered by the Namibian Government in 1998. Named after the Damara word for “red rocks”, the 350,000-hectare conservancy abides by a clear definition as a self-defined common property management and social unit of unfenced multiple use areas zoned by members for their livelihood needs, including crop and livestock farming, mixed wild and domestic animal grazing and exclusive wildlife and tourism.

Since 1998, the vibrancy of the Torra Conservancy has been maintained by a local committee, whose role it is to act on behalf of its 2000 residents in “regard to the consumptive and non-consumptive use and sustainable management of game in such conservancy, in order to enable the members of such community to derive benefits from such use and management” (Nature Conservation Amendment Act, 1996).

Following this delegation, tour operator Wilderness Safaris were invited to build their own lodge and airstrip on the land, and contribute to a network of roads to be used by tourism. Damaraland Camp opened in 1998, helping the Torra Conservancy increase its income from zero in 1997 to a modest N$300,000 in 1998. By 2003, income had increase to N$1 million and in 2018 the partnership continues, now firmly embedded in the conservancy’s economic planning.

Since 1998, Damaraland Camp has increased local employment from the Torra Conservancy, recruiting 25 staff to work at the camp itself, and a further 40 people from the community are employed in Wilderness camps elsewhere in Namibia. This no doubt contributes to the impeccable hospitality at Damaraland Camp, where charisma helps to weave together three meals a day, with refreshments never being far from reach. Retreat to your bedroom to find a broad tented camp raised from the desert floor and designs that point to Wilderness’ “Classic” calibre of tent.

Once fully charged and carefully fuelled, guests are taken out on drives to see how wildlife has rebounded in the area since the creation of the Torra Conservancy. Populations of elephant and black rhino have enjoyed the greatest population increases, while Hartmann’s mountain Zebra, springbok, ostrich and the red-billed spurfowl can be found making their way through the desert, with the barking gecko and elephant shrew finding quieter pathways. A comprehensive PDF containing Namibian species, Namibian Species Checklists, highlights the area’s vitality, despite rainfalls of less than 50mm per year.

Plant species cling onto the minimal rainfall of the Haub River Valley, where the river itself flows once or maybe twice each year. Established plants such as camelthorn trees, Faidherbiaalbida and Colophospermummopanes are able to develop roots that plumb Damaraland’s groundwater. Other pioneering flora can be found making their way through the rocky slopes and wide valleys, including the splayed Welwitschia mirabili and the poisonous Adenium boehmianum.

Beyond the natural life of Damaraland is its intriguing geology and topography, changing in hue with the summer rains. The record of igneous activity is made of  two major rock types: continental flood basalt rocks and volcanic rocks point to intrusive activity within the earth’s mantle. For more detail on Damaraland’s geology, download a 2000 academic paper on the backstory to Damaraland’s igneous origins (PDF).

Torra Conservancy is a fascinating place to visit, for those interested in viable conservation practices and the bounty they create. Over 43% of Namibia’s current land is under some kind of formal conservation, a breadth of terrain that integrates into nationwide organisation such as the Integrated Rural Development and Nature Conservation (IRDNC), and continued governmental advocacy.

A few nights in the Namibian desert need to preclude the pursuit of a rigorous diet of training. The shortage of predators in the Namibian desert is good news for athletics types intent on visiting Damaraland Camp. Keep your hands off large rocks and trust your not-so-agile footwork to ward off nasty snakes, and you’re good to go on the trails that navigate away from the property. Your main consideration should be the desert heat and making sure that you don’t take on an overly-ambitious out-and-back, only to realise that your best leg was your outbound shuffle.

Two routes set out from Damaraland Camp across short but diverse trails. One 2.8km loop sets out from the entrance to the property – this is called Shepherd’s Trail and it includes 74m of vertical gain, compiled into this Strava Segment.

Another more abrupt ascent can be made along Damaraland Trail, which sets out to the south of the camp in the direction of the viewpoint. The route starts to head uphill just beyond the pair of huts at the bottom of the property, leaping up to a mountain that is just about viewable from the property’s balcony (photo above looks north from the summit), accounting for the vertical metreage of 123m across 1.3km (Strava Segment).

For more information on Damaraland Camp, head to wilderness-safaris.com. If you’re piecing together a desert safari trip in Namibia, also look to another Wilderness property, Kulala Desert Lodge.