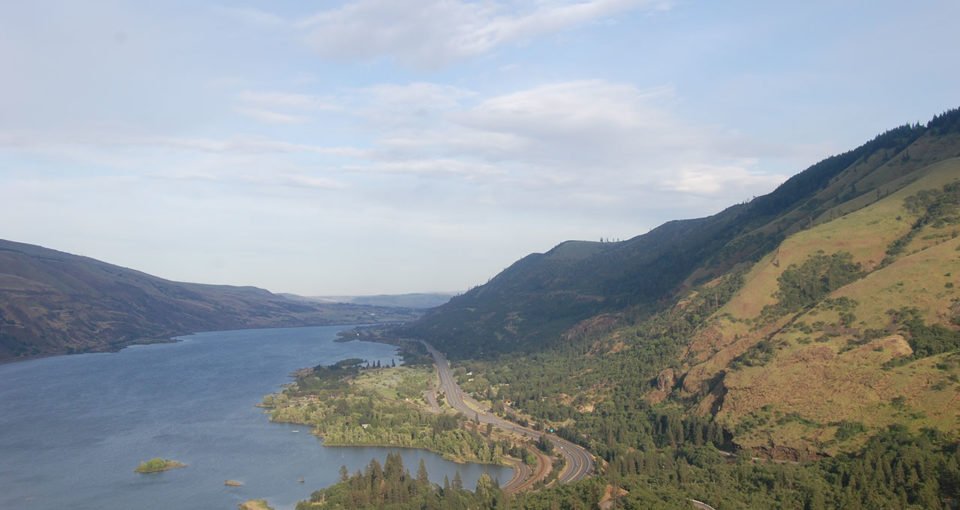 Located 50 miles upstream of Portland, Oregon’s Hood River is another desirable location for lovers of the outdoors, especially those who like to combine sublime riding with coffee and beer. The small town is wedged between Mount Hood to the south and the Columbia River to the north, a watershed that opens up an array of opportunities for robust adventures and brewing. Cold winters and warm summers have helped turn Hood River into a prime destination for kayakers, kite surfers, skiers, snowboarders, mountain bikers and road cyclists.

Though the Mount Hood Cycling Classic folded in 2013, the town can still be used as a base for cyclists looking to explore the wildly varied terrain of the Columbia Gorge and neighbouring mountain. Bring your own ride or check into Discover Bicycles to get the latest gear (I made a bid for the 2009 Felt ZS5).

During my weekend stay, I headed out on a 70k loop from my accommodation, a route dubbed the ‘Lollipop Loop’. Taking the route in its anti-clockwise direction, you’ll first head up a climb to the Columbia River Gorge Scenic Area where you’ll take Old Columbia River Drive (no cars) before reaching the fruit plantations on top of the escarpment. A tremendous descent down 7 Mile Hill Road into Chenoworth marks the midpoint and time to turn around and head through Rowena, up the nearby hairpin and begin the leg back to Hood River. Keep in mind that the wind tends to blow pretty hard in either direction, east or west, so you’re bound to have a challenge during your outbound or return leg.

For the Lollipop Route, see Nathan Koch’s route on Strava. The Gorge is my Gym lists other road cycling routes from Hood River.

Beer and coffee in Hood River

Hood River is famous for its beverages – world-class breweries and coffee are all within a few blocks of each other. Be sure to check-in at Full Sail Brewing for the complete experience, and look into their environmental innovations for some forward research.

For coffee Doppio Coffee is a commendable starting point and good place to tuck into some sugary treats or a good book.

After making the mistake of travelling by Amtrak to Bingen, I quickly hopped across the Columbia River and checked in at Hood River Bed and Breakfast where I spent the weekend with two other guest couples. The B&B is run by two locals, Jane and her husband, giving you on-the-ground knowledge of which venues to check out, as well as a cosy base to recover from long days on the road.

Getting to Hood River

If you’re going by public transport and bringing your own gear, check to see what Amtrak and Greyhound have to say (bike regulations vary). Amtrak skirts the northern bank of the Columbia River (the Washington-side), stopping in Bingen which is a vehicle-only bridge crossing from Hood River (hitch a lift). Meanwhile Greyhound runs a regular service from the town centre, probably your best bet.