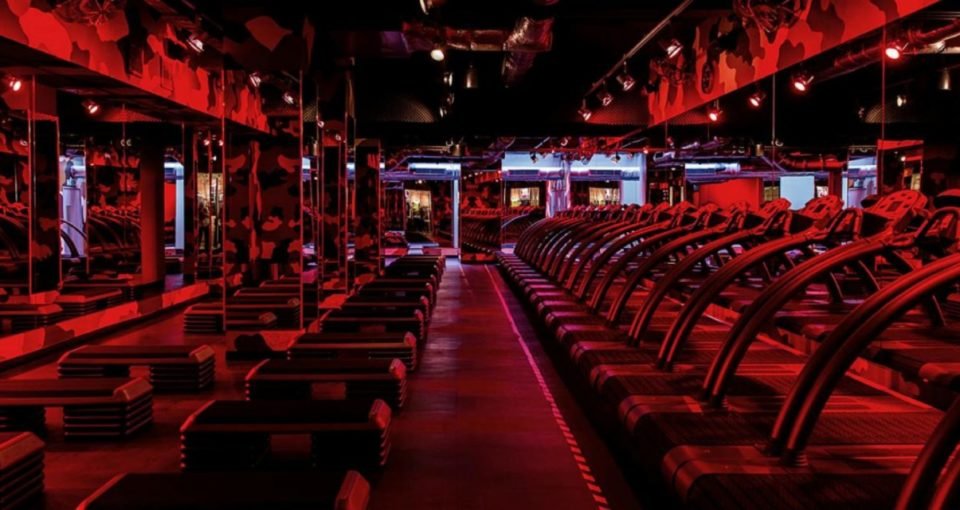 Lumped into the same category as Flywheel spinning classes, Barry’s Bootcamp is a similar beast, offering indoor classes in dim-lit rooms in major cities around the world. Barry’s Bootcamp differentiates from Flywheel with its Tread-Floor room orientation, presenting a 55-minute class that fundamentally focus on running with some barbells thrown in for good measure. Born in the late 1990s in Hollywood under the tutelage of [the] Barry Jay, the gym’s studios can now be found across the United States and at a dozen venues in Europe and Scandinavia.

Bootcampers pay for on a per-class basis through the website, either purchasing single classes in the order of $33, or multi-class passes of up to 50, bringing the per class price down to something like $25. No memberships are available and so the emphasis on participation is a fundamental layer behind the business’ vision and revenue model. The booking procedure indicates the starting point for the workout where customers select their treadmill of floor position. On arriving at the studio, a quick check-in at the frontdesk provides some formality before attendees slip into position in the studio (there is no ID associated with your treadmill).

Classes are broken into four sections, alternating between the treadmill and floor units for barbells over roughly 10 minutes each, with only a small ramp to warm up (no formal stretching or mobility). Instructors provide guidance for “Tread” and “Floor” groups simultaneously, first making sure those with barbells and resistance bands have selected the right equipment for their set (light, medium or heavy). A similar grading of difficulty is offered to those hauling on the treadmills, with speed and incline being the two variables. When some runners might toggle to set fast intervals at 12 km/h, others may opt for 16 km/h. Inclines tend to be fixed for the entire group.

Where Barry’s tend to get it right is in the allocation of speeds and time frames on the treadmill. 60-second bursts are not uncommon and 30-second “all-out” efforts are a positive furnishing for each of the two running sets. Depending on your workout philosophy, the barbell work in the Floor sections is either brilliant, tolerable or tortuous – sets of 20 are common and a huge amount of working to fatigue acts as the climax of each movement. There are few compound movements working big muscle groups – there’s definitely a vanity-first approach, with strength and specificity more or less disregarded. Regardless, just as ambitious runners can play around with their numbers on the treadmill independently, so too can experienced lifters when doing the floor work – 30kg dumbbells are available.

Barry’s excels for its enthusiasm and energy, mostly thanks to the cajoling of instructors, no matter what the hour. At some studios, classes begin as early as 5:15am, with speakers and palatable playlists thrown to high volume for the jubilation of early birds. The post-class pampering can include a cold flannel, while changing facilities include showers and plenty of mirrored surfaces.

You can find Barry’s Bootcamp in over 40 venues in the U.S., as well as in London, Milan, Oslo, Toronto, Sydney and Stockholm. Browse the schedule and book classes at barrysbootcamp.com.