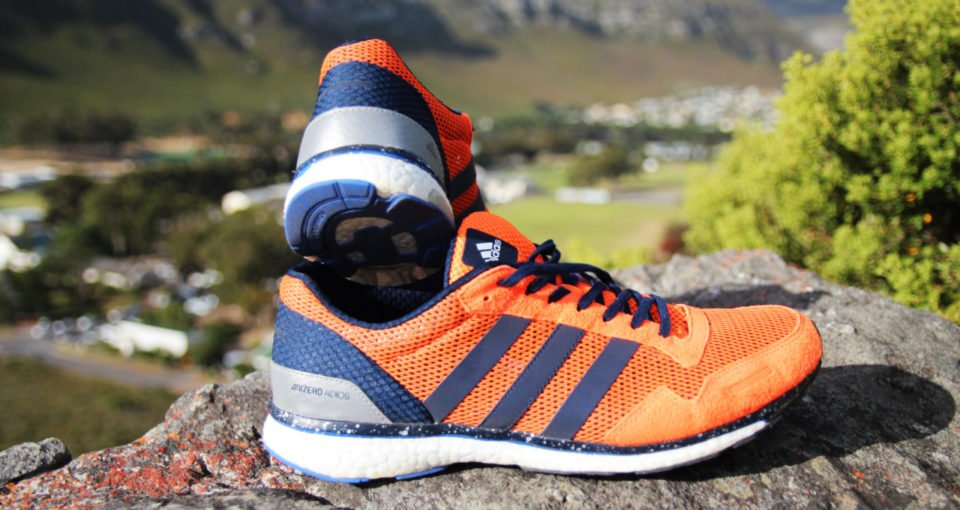 At the beginning of January 2018, I went in search of a winter training shoe. Having spent several thousand miles running in half a dozen Newton road running shoes, I wanted to opt out of their fleet and try out a simpler shoe with a paired-back design. While Newton Running played a major role in getting me to re-think running, and though I remember scouring stores in Phoenix during Thanksgiving 2011 to find my first pair, their lugs had broken prematurely a number of times. Essentially, I was looking for less engineering and more physics, so looked over to adidas convinced that their minimal Adizero Adios line would serve my track and road running needs, while providing me with a level footing with the Brownlee brothers who also stomp around in them.

The Adizero Adios also sits on top of the brand’s marathon legacy, having been responsible for some records back in the day. The current models have a retro upper which relates to this history, but the shoe itself is tapered back for a medium-fast market looking for a lightweight but long-distance shoes.

Purchasing a fresh pair of shoes in the winter is the surest way to inspire some off-season training, especially when they come in shocking orange.  I snapped my pair up during a dreary afternoon in Paris turning heads on the Champs-Élysées, where most of the locals were cast in monochrome. I’ve since worn my pair of Adizero Adios for over 400 miles, using them for track workouts including semi-fast 200m bends, as well as longer 10km easy runs and races.

The basic premise of the Adizero range is one of basic, neutral cushioning with enough sole to use the shoe repeatedly as a race shoe, without foregoing the delights or responsive shoe for race day. German technology starts in the sole, with Continental Rubber ensuring impressive traction. As mentioned in the product name, despite being a mainstay of nearly all adidas running shoes, Boost technology provides the white cushioned part of the shoe, a material which has generally been received positively since being released four years ago.

Without doubt, the shoe doesn’t work well for all settings. Track runners would easily drop into spikes where the traction of the Adizero sole starts to give. Meanwhile the ride off-road or on gentle trails is adequate, though hardly comparable to something like the Salomon S/Lab Sense dynasty. For most road runners these edge cases are beyond the normal course of training of off-season training in the mud – the fact of the matter is the Adizero Adios abides by the 80:20 rule of applicability, if not exceeding it.

As you would imagine, the inclusion of a decimal point in the shoe’s product name only indicates that more Adizero Adios will be released. For 2019, the 4.0 model was released, offering another trendy shoe with some new colorways. Hard to say much more at this point.

Plenty more information on the Adizero Adios be found at adidas.com