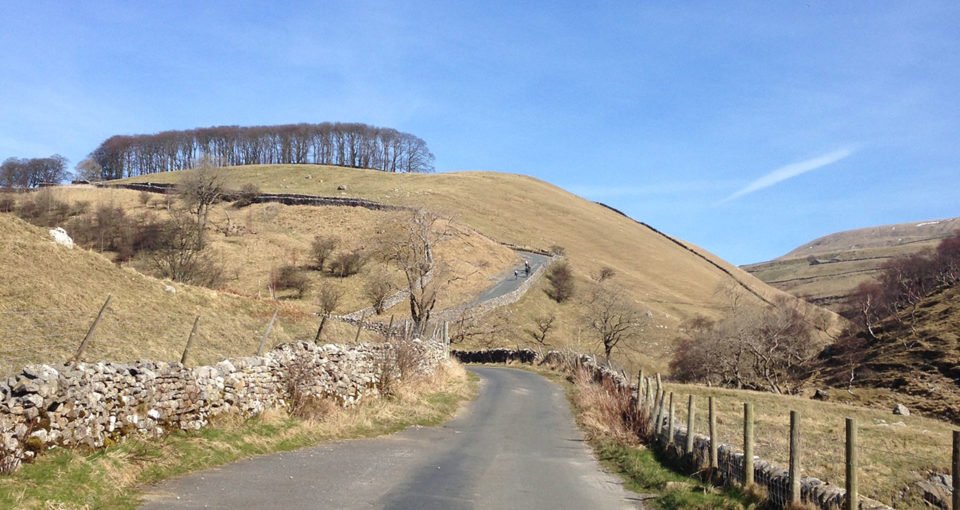 Admittedly, I had headed to Yorkshire to take on the 2014 Tour de France stage from Leeds to Harrogate, but opted to find an alternative route to reduce my overall mileage. My base was Harrogate, a few miles outside the Yorkshire Dales, so naturally, I chose to cut in where I could and take on some of the challenging ascents that Yorkshire Dales National Park presents. Here’s a route description and profile to give you a sense of the 130km loop.

Starting in Harrogate, head north towards Killinghall to Ripley, keep an eye out for the exit to Pateley Bridge, signposted at the second roundabout. Though the B6165 can get busy after 8am, the terrain from this point is typical of the Dales, so start to settle in.

Leaving Pateley Bridge (27km), you’ll be presented with your first challenge, Greenhow Hill. The hill starts with a true kicker in excess of 16% at points. Take this easy – you’ll be climbing for nearly 2 miles at varying gradients. But from the top of the hill, you’ll begin a sweeping descent 20km descent over the Dales to Grassington (45km), a beautiful cobbled village with accommodation and the suitable Cobblestone Cafe.

From Grassington, you can either continue left on the B6265 or head straight ahead on Grass Wood Lane. If you’re in a group of more than two riders, I’d opt for the wider B6265 and take a right on the B6160 following signs to Kettlewell. This strip of tarmac was used for the Tour in 2014, so it’s not too shabby. Both the lane and the main road trace the River Wharfe north up to Kettlewell (56km), a substantial village with bike friendly cafe, Zarina’s.

From Kettlewell, the Tour route continued left to Asygarth, but I swung through the village, past Zarina’s before taking a left up the ominous climb ‘Park Rash’. This ascent approaches 20% in places, and sweeps upwards for a good two miles with some respite. Yet again, on summiting, you’re rewarded with more incredibly views and a descent that continues for another 20km to Middleham (80km), where this traverse links with the northern perimeter of the Dales, marked by the A6108 (also used in the Tour in 2014).

If you’re in need of refreshments during the traverse between Kettlewell and Middleham, drop in at Thwaite Arms in Horsehouse (call in the morning if you’re likely to use this option, because it is pretty remote: 01969 640206).

Continuing through Middleham on the A6108 will take you onwards and back to Harrogate through Ripon. Roads are fast, but there are enough passing points for vehicles to overtake. For the daring, think to stop by the tasting room of the Black Sheep Brewery in Masham (95km) to add an extra dimension to the day.