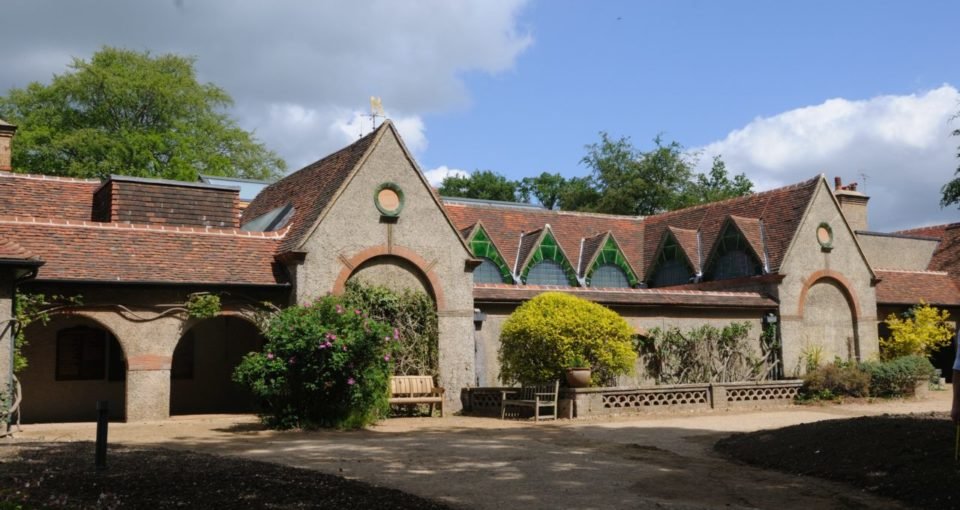 Strewn across a patch of ground to the east of the A3 near Guilford, the Surrey village of Compton has developed a reputation not as a sleepy satellite for London’s commuter population but as a dynamic cultural centre in its own right.

The village’s central feature is the Watts Gallery, home to the collection of Victorian artist George Frederic Watts. The Gallery has seen a revival in the last few years following the raising of £11m to restore its dilapidated buildings. Now pristine, this national gallery stands as a ideal stop-over for cyclists, hikers and runners looking for refreshments and a dose of cultural immersion in the lap of the Surrey Hills.

As the first living painter to have a solo exhibition at the Metropolitan in New York, Watts was one of Britain’s leading 19th Century artists. Known for his allegorical paintings, ‘England’s Michaelangelo’ also dabbled in sculpture, most famously Physical Energy, commissioned to commemorate the life of Cecil Rhodes, one of Britain’s foremost colonial actors.

As well as housing Watts’ work, the gallery also puts on supplementary exhibitions. Currently on display is The Art of Belam: Richard Dadd, an imaginative series of illustrations and paintings by an artist once diagnosed as criminally insane. Dadd drew a large amount of his influence from Shakespeare, wrapping together scenes from the playwrite’s famous tales.  The Fairy Feller’s Master-Stroke is Dadd’s masterpiece, a work that took him between six and nine years to complete.

Beyond its intellectually stimulating attractions, the Watts Gallery also has an endearing cafe and souvenir stop. Bike storage is abundant and you won’t find any shortage of Welsh rarebit (below), highly recommended as a fuelling option. Keep an eye on what’s on at the Watts Gallery and note down its address if you happen to be taking on lanes in the Surrey Hills: Down Lane, Compton, Guildford, Surrey, GU3 1DQ – 01483 810235