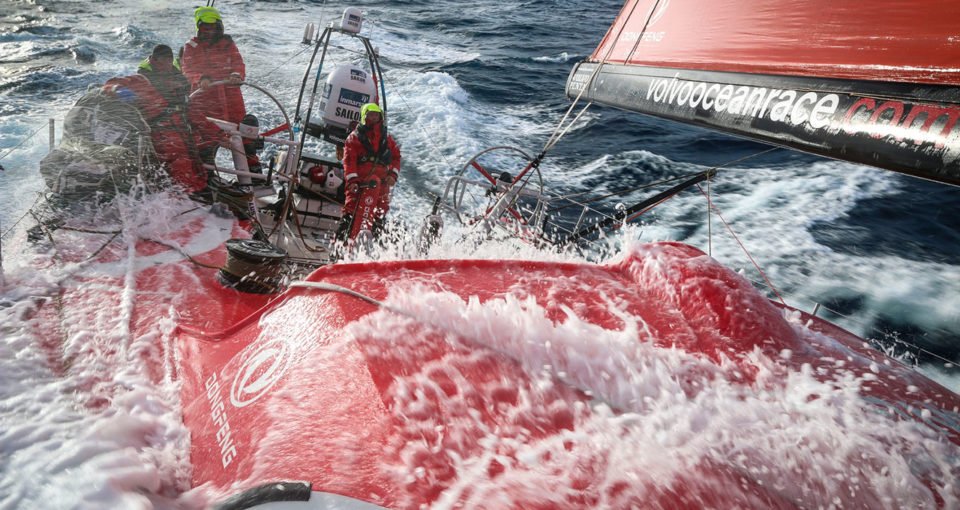 Known for its speed and daring route, the Volvo Ocean Race made the most of its extreme navigation through the Southern Ocean by undertaking research during a thrilling fifth leg.

The Southern Ocean plays a key role in regulating the Earth’s climate since it absorbs a large portion of the world’s carbon emissions and heat from the atmosphere. Heat transfer then initiates currents that move water around the planet from the southerly Antarctica region.

All six boats participated in the research, dropping buoys which included scientific equipment – or ‘drifters’ – that sampled the planet’s major ‘sink’. Data was then passed up to satellites and collected by the National Oceanic and Atmospheric Administration (NOAA), a U.S. agency that also provides much of the weather forecasts for the sailors.

As the boats made their way between Auckland, New Zealand and Itajai, Brazil, it was hoped that they were helping in a solution. The Southern Ocean absorbs up to 60% of the anthropogenic heat and carbon dioxide on the planet (heat and CO2 produced by humans). Martin Kramp, a ship coordinator at a support centre of the Joint Technical Commission for Oceanography and Marine Meteorology of World Meteorological Organisation, sees VAR’s participation to be a new component of round-the-world ocean racing, and one that is growing in importance as concern around climate change grows.