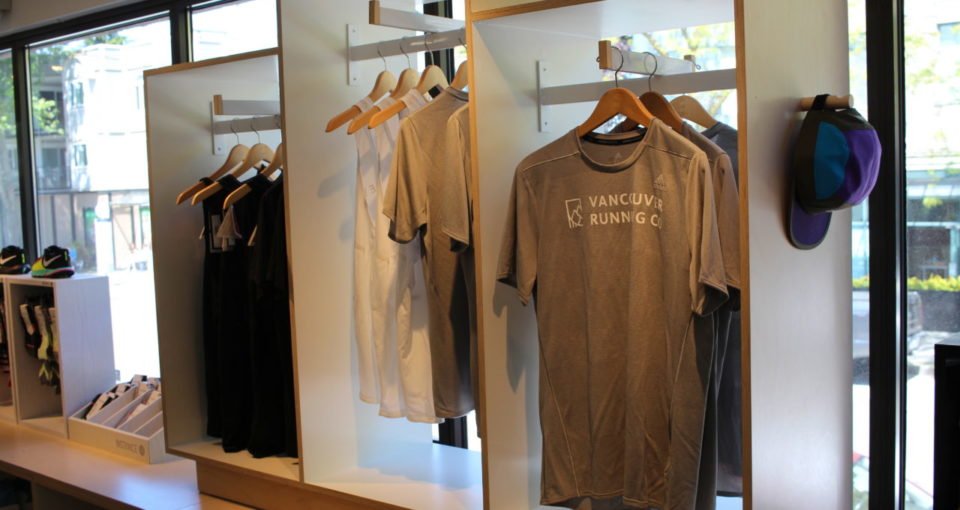 Timing a visit to British Columbia’s Vancouver in a middle of a heatwave is enough to encourage a burning escapism, even when you’ve specifically arranged the trip to explore urban items in the city centre. Snow-capped mountains arranged beyond the cityscape are taunting, especially when the most cooling option is to nuzzle into their thick treecover and find shade and silence.

These ingredients were enough for me – I exited from my city center plans at the end of May and made my way to grab footwear to equip me for mountain trails. Short of time and eager to grab a 2pm bus up to Squamish, I made some phone calls to running stores in town to find out what shoes were in stock. A call to Vancouver Running Company was promising, so I headed to their store in the city’s smart Kitsilano neighbourhood to leaf through inventory.

Located on the second floor over a fabric repair studio, Vancouver Running Company is the kind of store that instills faith in the high street shopping experience. On arrival, the marking of the store’s co-ordinates subtely inscribed on the stairway immediately introduce the domain. A kind of indirect signposting with a calming blue paintjob.

Swing a left at the top of the stairs to see a spacious store, perhaps the size of a quarter of tennis quart (incl. tram lines). Furnishing are exquisite, the kind of wooden finishes you’re expect in an edition of Kinfolk and rarely see in the world of running retail. A water fountain next to the changing rooms starts adds a welcoming amenity.

Beyond these distractions, the selection of running apparel is tasteful and refined – not too cluttered and with plenty of blank floorspace to enjoy a new pair of shoes, if you haven’t already been invited to try them by running around the block. I was very happy with my purchase of Salomon’s S-Lab Sense 6 SG, using the pair to check out Squamish’s Sea to Sky Gondola trail the following morning.

Check out their flight crew to get a feel for their upcoming runs in and around Vancouver, and have look this 90-second video “We are runners. We are Vancouver.” to salivate over the diversity of terrain within reach of the city. Their Strava Club Page, VRC Flight Crew, is also kept updated.