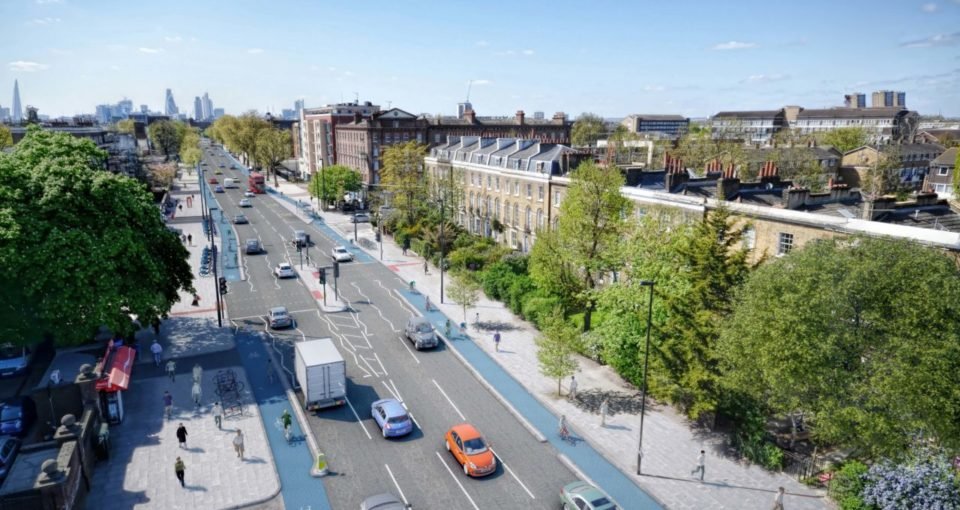 On Friday 21st April, Theresa May’s government announced a £1.2 billion budget to increase the popularity of cycling and walking in England. Packaged by an expert committee, the Cycling and Walking Investment Strategy [PDF] legally binds the government to committing to improving self-propelled mobility over short distances within England.

PlusBike – an information portal for those that use both bike and rail in their journeys. Funded by department for transport, PlusBike is linked within the National Rail Enquiries iPhone app, Android app and website. Goal is to get a better feel for bike facilites at the stations and onboard.

Propensity to Cycle Tool – Department-funded Propensity to Cycle Tool (PCT) is a free, open source strategic planning tool, developed in partnership with Cambridge, Leeds, Westminster and the London School of Hygiene & Tropical Medicine. By looking at origin and destination data, as well as trip distance and topography, PCT visualises areas that stand a chance of converting motorised commuters to cycle-commuters.  The project breaks down into four scenarios: