Tracksmith Hide Out in Marin County for Photoshoot 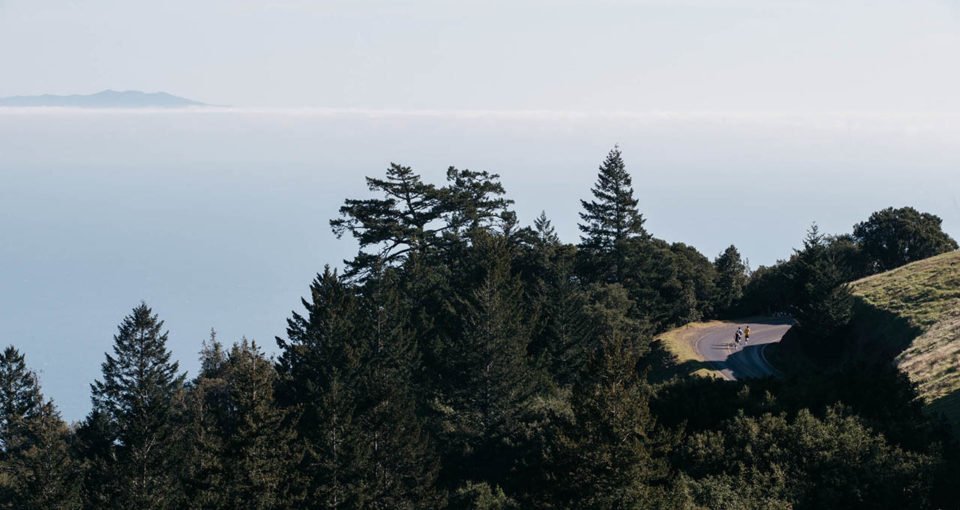 For Boston-born running brand Tracksmith, there’s perhaps no better place to establish a retreat than Bolinas in California’s Marin County. Locals from the sleepy coastal town are known for taking down street markings, all part of a plot to deter tourists and other roadtripping troublemakers. Thanks to these efforts, Bolinas has earned a reputation that’s somewhat without definition – the perfect place for a youthful apparel brand to hone its craft.

Cradling the dyes of a bygone era, Tracksmith has a classic, even timeless aesthetic that credits its New England heritage. Strong, durable colorways and traditional cuts decorate a collection that’s evidently more about running, rather than any attempt to mimic ephemeral fashion themes from the last quarter.

This hark back to the sport’s former amateur status delivers to running a kind of domain often associated with Flandrian classic cycle races, to a time when athletes indulged in the sporting challenges for their own sake. Instead of sliding into a spectrum of excessively fluorescent strips of fabric, Tracksmith’s understated design is distinguished from the pack.

Perhaps it’s no surprise then that one success story from cycling runs in Tracksmith’s veins, woven in the form of Rapha creative director Luke Scheybeler. Scheybeler co-founded Tracksmith with Matt Taylor, bringing with him a pool of knowledge around articulated performance garments. Taylor ran track when studying at Yale and worked with Puma/Usain Bolt before kicking off the new brand. The co-founders blend well, exemplified most brilliantly by the Van Cortlandt Singlet – the top has a dedicated space to attach four safety pins for race day.

Taylor and Schebeleyer launched the men’s collection in July 2014 and have since released a line for women. So, equipped with their latest products and their co-ed team, the brand headed 30 miles north of San Francisco to Bolinas to set up a training camp and a photoshoot with Emily Maye. From their outpost overlooking the Pacific Ocean, double days were banked with team athletes Michelle Meyer, Lyndsay Harper, Tasia Potasinski, Reed Lyon, Crosby Freeman and Eric Ashe all on site.

Like their cycling counterparts in London, Tracksmith know how to build a narrative in the shape of retreats to places like Bolinas. Edited by Andy Waterman, METER reviews captivating stories from the sport, packed in a neat B5 format and delivered in a crisp, brown card envelope by mail order.

Issue 1 explores the tale of the Robertson twins, Zane and Jake, Kiwis who have found their way to Ethiopia and Kenya to train distance with the best in the world. In other articles, iconic training notes are published, a Boston Marathon champion interviewed and the growth of running crews explained. The issue is full of stunning photographs (Maye again), and comes with a poster that doubles as a refined catalogue.

Tracksmith have made a compelling start and clearly offer product at a cut above the rest. We’re looking forward to seeing whether the sport receives them instantly or takes time to wind back to something cherished.

What are your training retreat secrets? Share them with Will Ross, will@zafiri.com.