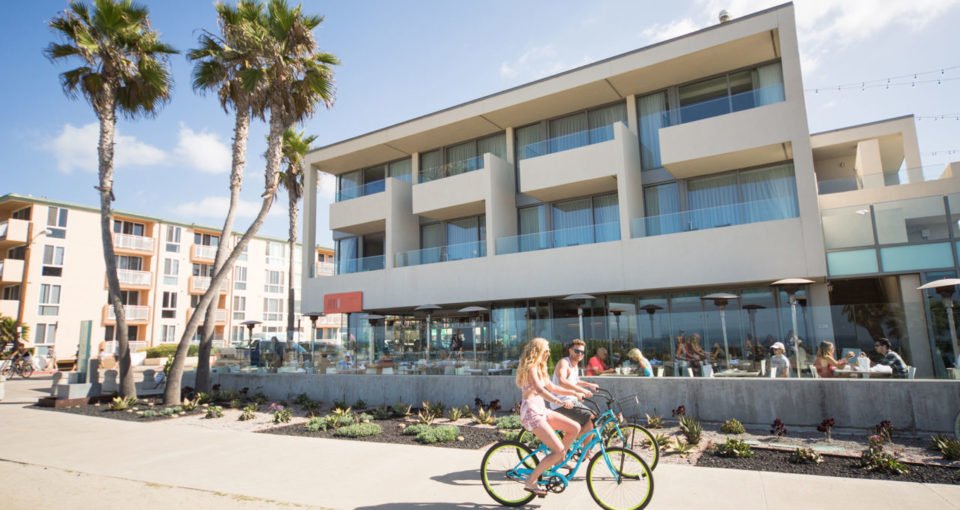 Few places beat with the same athletic pulse of San Diego, California’s southernmost beachside town and the capital of Endless Summer. Make it to the beach boardwalk in any season and you’re bound to feel out of your depth, surrounded by deep bronze abs and a moving mass of runners, cyclists and surfers. Fortunately the beach-boutique hotel Tower23 offers a small retreat from this sweating mass, or rather an enviable perch to observe a town in motion.

Located between San Diego’s Downtown and La Jolla neighbourhoods, Tower23 owes its name to the lifeguard tower it overlooks on Pacific Beach. The hotel’s broad layout makes the most of this frontage, with its best rooms gobbling up views of the surf break at the Pier. All rooms enjoy a full or partial oceanfront view from their balconies, the latter being a safer bet for those wanting a little more privacy from the beach. Perhaps Tower23’s most unique take on differentiating is to theme them, with “Sky Pad” and “Surf Pad” offering extra facilities for those looking for balconies or views of the surf. Others include “Spirit Pad, “Sanctuary Suite”, “Serenity Suite” and “Sweet Suite”, a set which blur into one group of very restorative bedrooms. 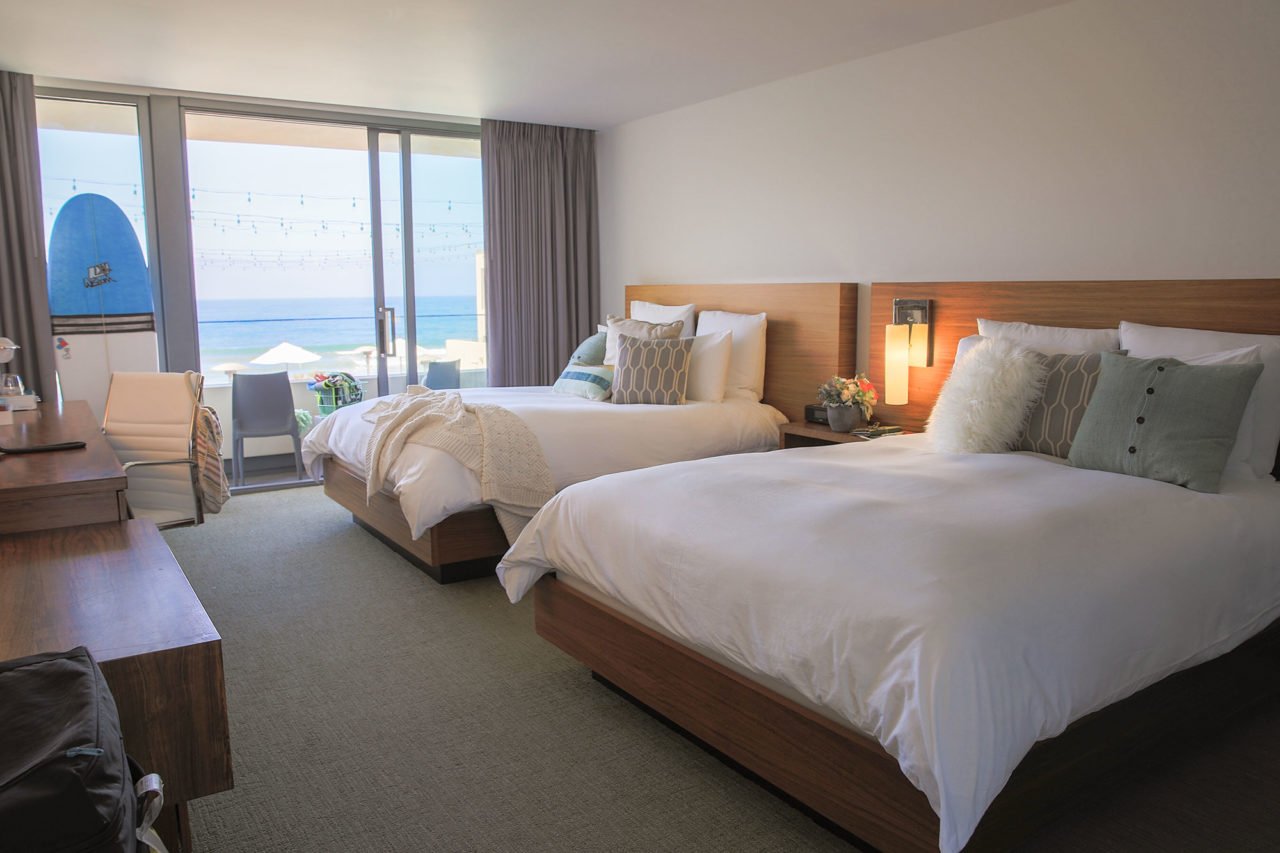 Massage, body treatments and facials are a little more distinctive than the naming of room choices. Swedish, deep tissue and pressure points are the focuses of spa treatments, with a choice for couples to pair appointments and receive the “Still Water” massage side by side. Facials include the gendered “Sea Goddess Salt Scrub” which has a exfoliation and moisturising cycle, a “Sea Lavish Mud Wrap” from seaweed-based mud, and a “Sun Soothe Wrap” which has you bundled into a layer of aloe gel to replenish your skin. Meanwhile facials essentially vary according to exfoliation, wrap, hydration, as well as “The Big Drink”, targeted at men who want a head, neck and face massage.

Dining and drinking appears to be a strong focus for Tower23 and an angle which it hopes to usher a local crowd to its in-house restaurant, JRDN. All the staples of a breakfast are on offer, including applewood smoked bacon, salmon, feta, eggs, steel cut oats and Greek yoghurt. The lunch menu starts to pay more attention to JRDN’s seaside location, with a bunch of fishy dishes available during weekdays. Brunch from 9:30am on weekends fuses these two menus, with the most intriguing combinations being the short rib hash (poached eggs, hollandaise sauce, red wine braised short ribs, sautéed spinach, rosemary roasted potato) and “loco moco” (ground steak patty, sushi rice, short rib gravy and two eggs any style). Raw bar options for dinner are combined with ahi tuna poke, yellowtail crudo and shellfish from either side of the United States, crab from Alaska and lobster from Maine.

San Diego’s running, cycling and swimming scene is known to be outstanding, often sites as the birthplace of triathlon. From Tower23, runners can most easily head north or south along the paved boardwalk – the thoroughfare does ease up as your continue north and south beyond the junction at the end of Garnet Avenue. For trails, head 10 miles north to Torrey Pines State Reserve (below). Also local to Tower23 is Mission Bay Senior High School and a 400m athletics track.

Cyclist can pick up a premium road rental from UC Cyclery and join group rides on Saturdays (roll-out 8:30am). Swami’s also host fast rides on occasional weekends. If you’re looking for a local loop with San Diego itself, build Mt. Soledad into your route – Via Capri climbs from the north over 2.4km at an average grade of 8.8%.

Tower23 doesn’t have a swimmable pool so find your laps at Clairemont Pool, one of the San Diego city pools five miles from the hotel. Open water swimmers should look to join a session with La Jolla Cove Swim Club who meet at 8am each day for informal swims.

There is no gym at Tower23 so head down to Victory MMA and Fitness for barbells, pull-up bars and cages. Guests can also request their own private yoga at Tower23 for an extra cost, starting at $110 for 60 minutes.

For bookings and more information on the Tower23, visit the hotel’s website at t23hotel.com.