The Pig on the Beach, Studland, England 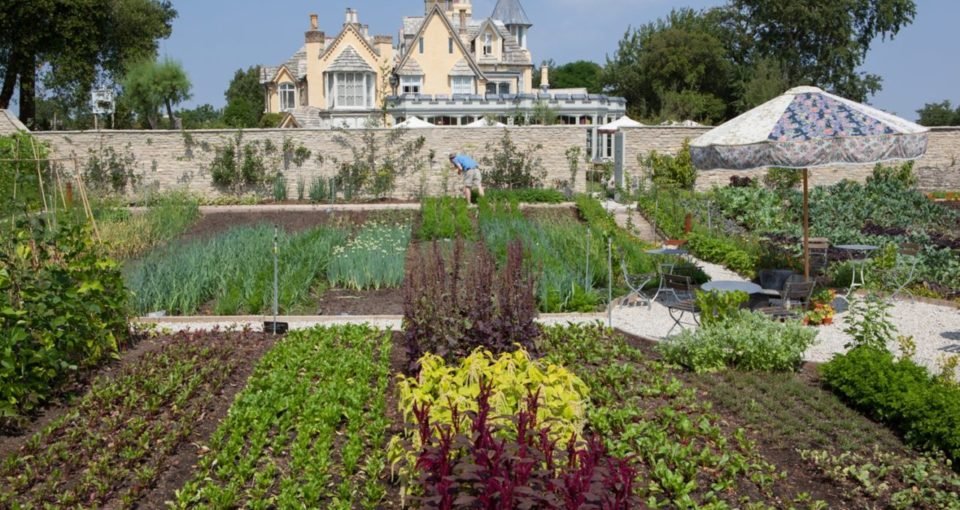 Arriving at Studland’s Manor House has none of the giveaways of a hotel, with a narrow pebble stone driveway leading to the front of a small gothic-style building, more dwelling than landmark property. The Pig on the Beach is in fact a renowned piece of real estate and the fourth property from the pioneering hotel group that has built a small constellation of properties in England’s southern counties. Located on the Dorset Coast overlooking Old Harry Rocks, the 22-acre holding now cultivates a range of produce for its day visitors and overnight guests, so carving out a reputation that positions The Pig on the Beach at the forefront of farm-to-table chatter.

The oddities of The Pig on the Beach continue throughout the property, a signature play in the world of “shabby chic” interiors. A sharp set of stairs welcomes you a few inches from the entrance way, and in other places narrow corridors crowd around sloping floorboards. The 19th century Manor House and original holiday home of the Bankes family is only large enough to host the immediate household and any well behaved and agile cousins (though its first owner was local Tory MP, George, father of 14). But it’s this sense of “home” that sets the property aside, and the experience apart. 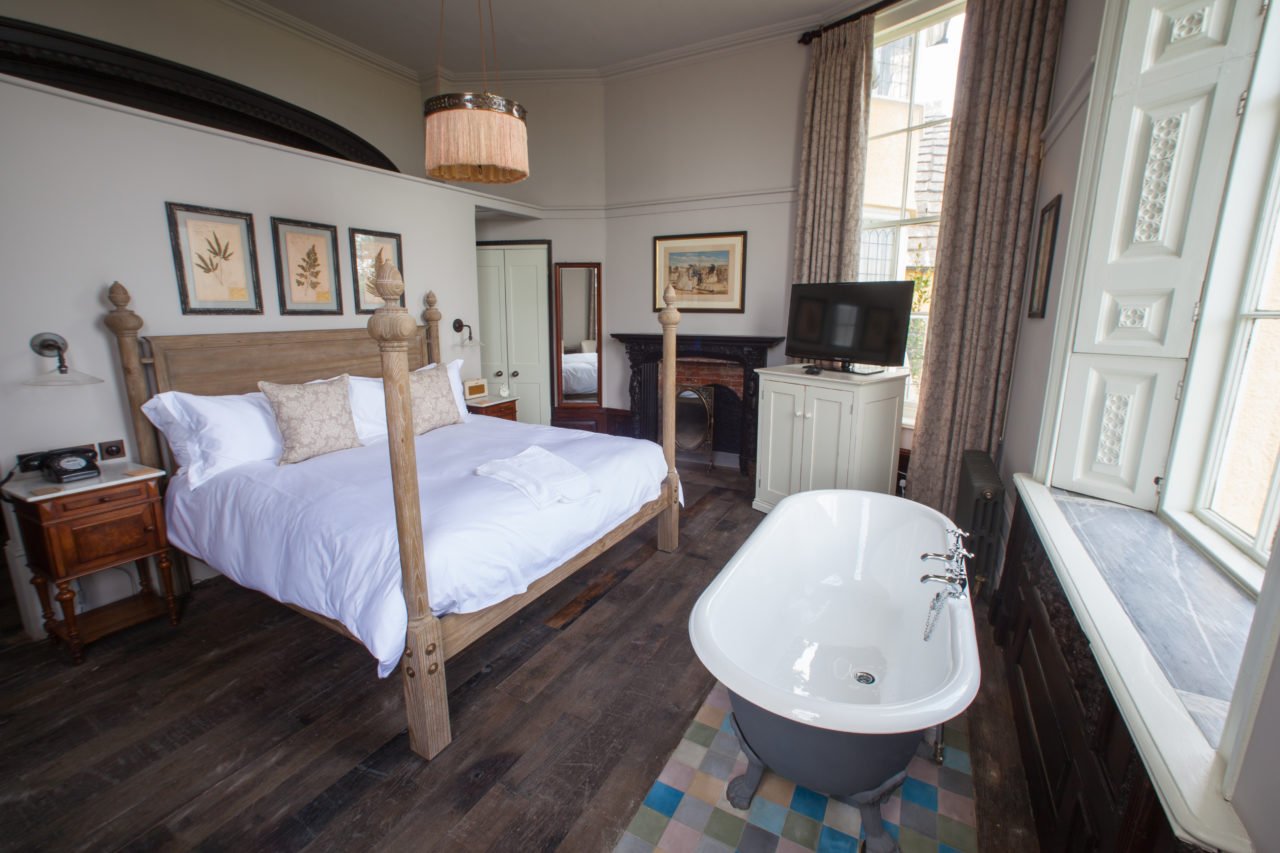 Since being absorbed into The Pig’s polished portfolio of hotels, The Pig on the Beach has been extended and updated, retaining a gothic facade and original furnishings. All rooms in the original building have their unique quirks, with an extension providing a more standardised offering.

The variety of sleeping options within the house are broad and hardly fit within a neat set of categories, where “tiny” and bespoke are celebrated without compromise on comfort. Within the original house, the tiny bedroom (#17) falls within the “Cheap and Cheerful” type, the kind of room you might be put in when visiting a relative. Other rooms are less spartan, and are elevated through the rungs of “Snug”, “Comfy” and “Generous”. But all rooms come with the same delightful linen and Bamford products surrounding Aston Matthews taps.

Head outside the main house and you’ll find a pair of satellite sheds on wheels, also the prized possessions of The Pig on the Beach’s ownership. To visualise these, think Danny, the Champion of the World then add in a fresh lick of paint, novel furnishings and a vintage DAB radio and you’re nearly there. If you’re taller than six feet, you may also be wedged in. Cornering the walled garden are two other structures, these fixed to the ground and called “The Lookout” and “The Bothy” – the former is true to its name and built over two storeys.

Despite the wonderful features of the accommodations, the focus of The Pig on the Beach is without doubt its various projects in South Coast farming. A walled garden is a centrepiece for this, with a large greenhouse, huts for quails, a modest allotment that is home to a small flock of sheep and of course the styes that host the small band of pigs. The Pig’s kitchen does its best to make the most of their on-site produce, supplementing it with fresh, organic offerings from within 25 miles of the property (not so easy given its eastern frontier is made of sea). While you may find recipes with sprigs of local rosemary in the drinks menu, the cellar and bar of course have to reach into Europe’s pot of alcohol, with some wines coming from the New World (the cellar itself connects to the beach through several hundred feet of tunnels, the work of determined smugglers).

The accommodation and gastronomic pillars of The Pig on the Beach are its standout features, with additional attention spared for three extra spaces which hover around the main building in a casual orientation. One is a round hut, forming a private dining setting for eight around a circular table formed out a used wine storage barrel, 8ft in diameter. Balancing this on the northern side of the garden is another hut with similar dimensions, recently built as a simple retreat for those looking for space outside of the main house – strange, but mindful. A third floating structure is the Sheep Hut, similar to the roaming wagons but furnished as a private treatment room for spa (above). Some might find this entombment claustrophobic, while others will appreciate the simplified space which is a muddy downhill stumble from the Manor House.

It’s for these unusual quirks that The Pig’s hotel are know to excel, and point to the way historic properties have been lovingly updated with a sympathy to heritage. At the Pig on the Beach, the basement cellar was itself a work in restoration, having been partially flooded when the property was taken on the 99-year lease from the National Trust in 2014. Woodwork originally housed at Westminster Abbey still forms the facade and backboard of the master bedroom (header photo). Meanwhile, environmentally-orientated visitors to the restaurant will note that napkins are curled up within the shredded versions of earlier menus, which are themselves seasonal.

Even if much of the appeal of The Pig on the Beach is about staying within the property’s upholstered interiors, a fleet of wellington boots is available for guests, so implying that outdoor pursuits are endorsed. For those looking for a rigorous diet of running, cycling or swimming, there are a number of avenues to take.

Runners can jump onto the South West Coast Path which skirts the The Pig’s eastern boundary in the direction of Old Harry Rocks, and indeed all the way to Cornwall. A wonderful National Trust event, Trust10, involves a monthly 10km trail run across Studland Bay and Ballard Down. There is no parkrun south of Bournemouth, so the 08:30am gun on the fourth Sunday of each month from the Trust10 is the best option for an organised run. If you can’t make it, see the route’s loop in this Strava segment.

Cyclists can head inland towards Tyneham, while those interested in open water swimming can brave the English Channel through Studland Bay, a hotspot for swimmers and recommended by the National Trust.

Head to thepighotel.com for more on The Pig on the Beach.