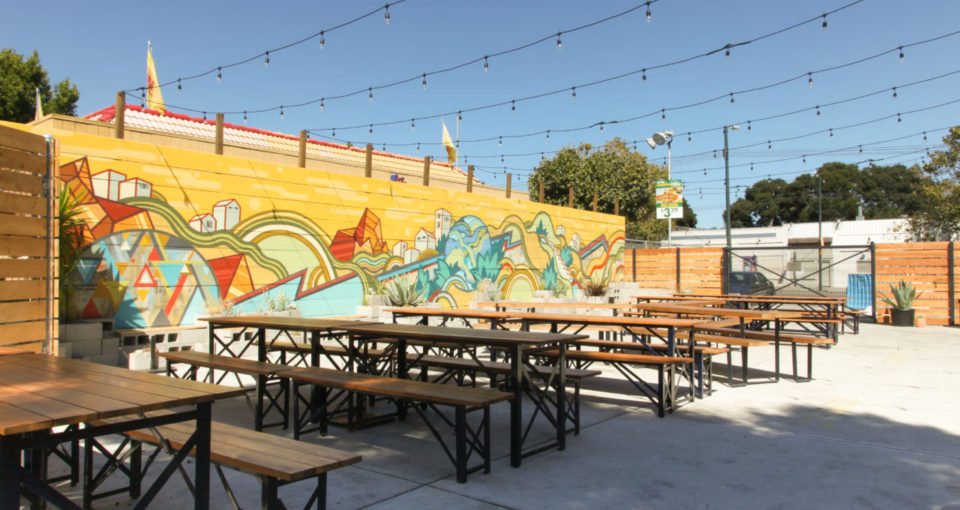 Despite the expansive swelling of Oakland, spilling into smaller neighborhoods formerly on its perimeter, a small degree of intimacy has been spared at Temescal Brewing, one of the Bay Area’s more airy beer joints. Plywood interiors and concrete surfaces complete this drinking hole with a pleasing facade, trebled in size by an outdoor area.

Temescal Brewing first found its way to my discerning palate at The Monk’s Kettle in San Francisco’s Mission District, one of those dark venues that is both cosy and cramped at the same time. My next interaction with Temescal’s beer was in another matchbox-sized venue, Issues, a print magazine store in Piedmont, also part of the Oakland conurbation. Issues were celebrating their 10th anniversary and had stashed a pair of Temescal kegs somewhere between a stack of Kinfolk magazines and ragged shelf of rare books – subtle placement from the brewers and a smart ploy from the store who no doubt enjoyed an encouraged spending spree.

Located less than a mile from Issues, Temescal Brewing is far more spacious than both the store and The Monk’s Kettle – the outdoor area seating area could swallow each without much trouble. The venue hosts a rotating group of food trucks and vendors who come through on various days, and guests are allowed to bring their own food and needn’t hold back on their group size. I’d been cycling in the Berkeley hills a few hours before my visit, so arrived famished after pawing the books at Issues, grabbing a bite from a food truck parked at the entrance to the brewhouse.

As well as offering their range of delicious varietals, Temescal Brewing have also triggered the “We fill growlers” opt in, in case you want to bring your own (clean) container and load up. Just be aware that they’ll be required by law to the container it with black tape to mark out any logos.

If you’re trying to make a day of your visit to this corner of East Bay, head over to Temescal Regional Recreational Area which has managed to make a small beach in a knot of nature just off the freeway. Might be something for pre-drinks, though.

Find Temescal Brewing at 4115 Telegraph in Oakland, and jump on their website at temescalbrewing.com to find out what rotating food options are upcoming (scroll to a few lines below the street address).