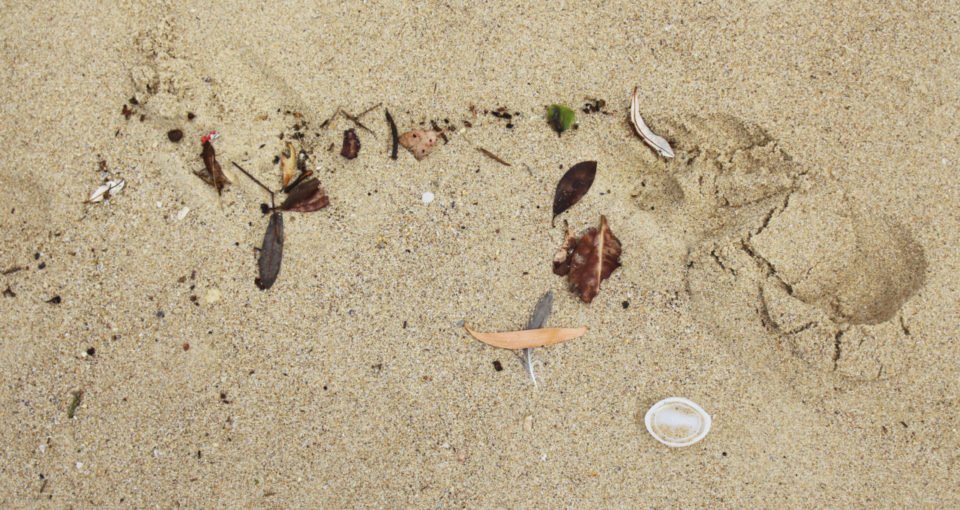 Perhaps the most valuable discoveries on the World Wide Web come through striking on a dense PDF, loaded with information and beautifully formatted for print, but otherwise incredibly under exposed by Search. Published by Southern Californian brand Patagonia, a document detailing the company’s annual Environmental + Social Initiatives acted as my trove ahead of a trip to Australia, providing me with a lens of responsibility to focus my itinerary.

In many ways Patagonia’s studious codification is exemplary, distributed to its retail stores across the US and key international markets to summarise latest agendas and projects. For a company that hosts its own in-house publishing outfit, Patagonia Books, the document’s wonderful image quality, formatting and typefaces come as no surprise. As a sequence, 2015’s Environmental + Social Initiatives first outlines general approaches to an array of topics related to their operations, including product repair, fair trade standards and accountable supply chain management in sourcing down. Next to this manifesto is a thick chapter showing its widespread execution by over 700 organisations who have received grants from the Patagonia’s impact fund.

It’s the lists of grantees that baffles. Archived with a degree of care that more closely resembles a family update in a Christmas card than a relationship between two corporate entities, the document introduces each grantee with a unique profile with their name, location and a 50-word bio describing a mission. The majority of grantees are based in the USA (600) with a further 108 from 17 other countries. As well as being geographically diverse, grantees cover a range causes including the defence of forests, rivers and fisheries, product recycling programs, anti-mining legal aid, organic agriculture education schemes and solar collectives. When it comes to thinking about the diversity of relationships Patagonia manages to forge and cultivate, their efforts are extraordinary.

An environmental concern that has come to the fore over the last five years concerns ocean plastic, the result of open-ended waste systems and the deposition of manufactured products down the watershed. One grantee out of New South Wales, Australia is Take 3 which has set itself on tackling this problem, leveraging the country’s strong connection to pristine and extensive coastline. After flicking through their bio, I pinged the charity an email to suggest meeting in Sydney.

Perched in the wide open window of Porch & Parlour cafe overlooking Sydney’s Bondi Beach, co-founder Tim Silverwood is starting his day. A well-trimmed beard, loose grey t-shirt and surf-worn frame ooze health as avocados smash around us, meeting the palates of this corner of cosmopolitan culture. It was in separating himself from New South Wales’ adorable beaches that Silverwood first recognised the gravity of plastics consumption, during a trip to South-East Asia and India in 2009. Throughout these travels, pollution from the coast of Indonesia to the high Himalaya was obvious and mobile — Silverwood knew that the problem may as well be on his doorstep.

There was one moment that really struck me when I was snowboarding in Kashmir in the Indian administered part. There they were just taking all the rubbish that was being generated from this tourist village which had a high percentage of Westerners, and just dumped it over the side of pristine mountain into essentially a tip. From then, this plastic was on a very long journey on its way to the ocean.

This notion of being a witness made the surfer more proactive in learning about the problem of plastics and when he returned home to Australia at the end of his travels, prompting the c0-founding of Take 3 with fellow Australians, Amanda Marechal and Roberta Dixon-Valk.

From the outset, the trio went about the project organically, focusing on key communities including surf clubs, local councils and presentations to students at public schools in New South Wales. Opening these conversations in a country whose population predominately located in coastal towns made Take 3 conscious of placing their own spin on the issue.

In Australia there were already many cleanup groups, like Clean Up Australia and Keep Australia Beautiful, but no one was talking about the problem in terms of the impact to the oceans, in terms of the global scale of what the damage of a single piece of rubbish was. So that was a big part of our emphasis. We were using imagery like Chris Jordan’s infamous photograph of the ocean plastic in stomachs of birds around Pacific gyres and saying “every bit of litter is causing harm, you have the ability to make a difference by taking it away.”

It’s this clear emphasis on a tangible solution that distinguishes the casual yet impactful call-to-action implied by “Take 3”. This conversational theme punctuates the charity’s campaigns and techniques. With young children, Take 3 recognize peer-to-peer interactions as highly influential, so educational programmes provide inspiring ways for them share their experiences of picking up waste in the playground support school projects around the issue. Drawing on his personal experiences, Silverwood references a recent scene on South Bondi with his young niece and nephew scampering over the sand to find their three pieces of plastic before stepping off the beach. By January 2016, 120,000 school students have gone through Take 3’s programmes, no doubt prompting deeper conversations about plastic consumption in the home.

Meanwhile, respected lifesaving clubs provide go-to nodes for new information about the condition of coastline in the community, so resonating with this group ensures early adopter influence at iconic destinations. With local councils, figuring out the location and design of bin systems is another area of collaboration.

At the governmental level, New South Wales have a “Waste Less, Recycle More” initiative to steer a 40% reduction in the volume of litter sent to landfills by 2020. In achieving this, Take 3 have advocated for the establishment of container deposits, infrastructure that has been in South Australia since 1975 where 80% beverage containers are now being collected (the national average is only 40%, and in some states it was as low as 5%). So container deposit systems are coming into New South Wales in July 2017 and other states are looking at adopting them as well and Take 3 are hopeful.

When you’re talking about beverage containers, some data that is analysed by scientists shows that one third of plastic pollution found on coastlines and in the ocean can be traced back to the beverage industry. So it’s those containers, those cups, straws, lids that mean beverage containers have to be dealt with. So it’s a really fortunate setting that New South Wales government is being so proactive on this issue.

All these efforts are broadcasted through Take 3’s Instagram and Facebook accounts, each seriously active in their own right. Over the past week (early February, 2016), 10 posts to the charity’s 19.2k Instagram followers have accumulated 4473 likes, an engagement rate of 2.3%. To provide a suitable comparison: five posts from Taylor Swift’s Instagram account from the past week have generated 7.6m likes, so when you take into account she has 65.1m followers, Swift’s benchmark engagement rate matches Take 3’s. In developing the charity’s use of social media, Silverwood and his team hope to be able to extract more granularity to posts, so that they can pass back data to sponsors and benefactors to quantify the impact of Take 3. Consolidated by the pending launch of a new website, these digital communications provide an outstanding use case for the employment of free tools to connect people to a vital cause and common community.

Online coverage has helped Take 3 break geographical boundaries, connecting with chapters in Costa Rica, Hawaii, Portugal and Scotland. But conceiving ways of approaching developing countries has required sensitivity, especially where normal behavior around the discarding a vine leaf or terracotta chai pot is being replaced by synthetic materials that nature can’t digest. For these communities, establishing principles of awareness and responsibility are the most important steps.

We’ve got to be careful that we don’t sort of allow this notion which is everywhere across islands like Indonesia where they always blame their neighbours. Everyone wants to say, “Ah, the trash in Bali, it’s Java. You know over in Java they’re polluting and they’re not doing this and they’re not doing that.’ When I can be like, “Hang on a minute guys, I will take you around the corner to this river that is so contaminated. It’s going to flush out the rubbish with the monsoon rain.” So you’ve got to be really careful with that conversation is balanced.

It’s this tempered approach that guides Take 3 into an everyday but highly charged part of society, one that challenges our convenient notions of waste management. In lowering the threshold for participation, Take 3 start people on a journey that has an end goal of completely transforming the way resources are consumed. Still, circular economy and cradle-to-cradle design processes are the responsibility of larger organisations, manufacturers and governments, this Silverwood makes clear.

It’s probably a little bit too much information for them, too soon. So starting people on this journey is a really critical and important first step but certainly from our own individual perspective, I am trying to bring in those zero waste policies in whatever capacity I can. But Take 3 certainly doesn’t push that down people’s throat because the population isn’t quite there yet.

Head over to take3.org to catch latest updates from the HW in New South Wales.