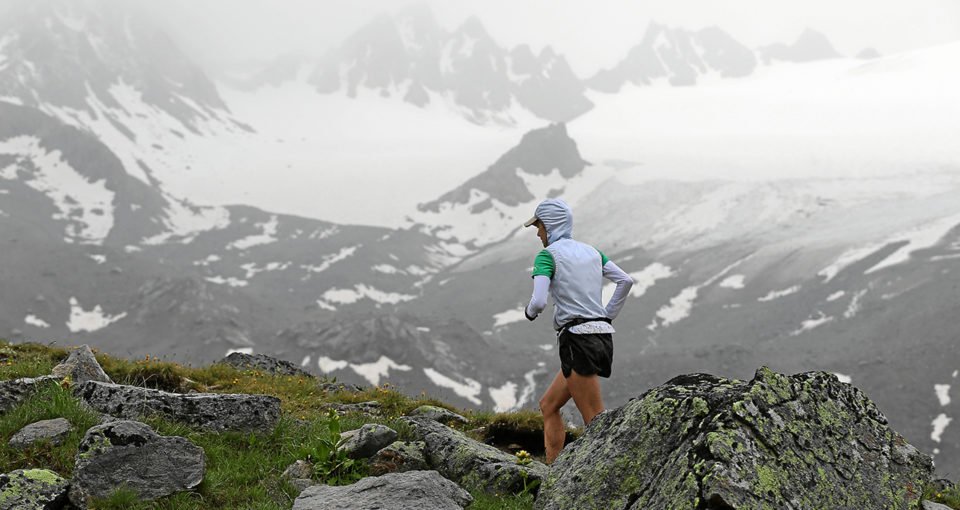 Held for the 30th time on July 25th 2015, the Swiss Alpine Marathon is one of Switzerland’s most prestigious mountain trail races. What’s perhaps most impressive about event is its sheer complexity and how, in true Swiss efficiency, race organisers are able to meet a broad array of abilities by stringing together so many different distances from their base in Davos, toward the sout-west of Switzerland.

The longest individual and team races follow a 78K circuit over 2560m gain in elevation, with the team version divided into four stages. Two 42K distances take different routes – one departing from Bergün towards an elevation and a gain of 1830m, the other is a full circuit with 1450m of gain on a slightly more off-road/trail terrain. Both distances route over the Sertipass (2739m), which marks the rough mid-point on the marathon distances.

A generally downhill 30K race leaves Davos for Filisur, while a 20K version routes up the valley from Klosters to Davos. Two 10K races for adults and a selection of 0.5/0.9/1.4K routes for children are matched by a 21K walk from Klosters to Davos (+610m/-260m) and another 10K circuit through the forest around Davos.

If you’re looking free at the end of July, register for the Swiss Alpine Marathon and take note of the race timetable – they’ll be no delays.