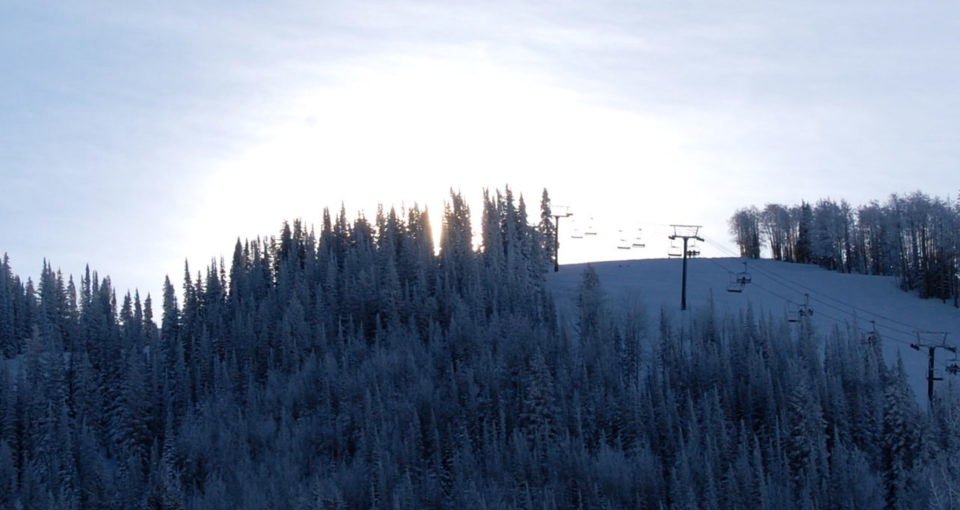 The foundations of Colorado’s Steamboat Springs were set in place 100 years ago, when ranchers established a permanent community in the upper valley of the Yampa River in Routt County. It was this ranching community that formed the basis of an economy which today sustains over 12,000 permanent residents in the hidden reaches of Colorado’s Northern frontier, 150 miles north-west from Denver.

In the early twentieth century Steamboat first adopted skiing as a sport following the arrival of the legendary Norwegian Karl Hovelsen. The Norwegian settled in the town in 1913 and erected a pair of ski jumps within reach of the town, a mound now know as Howelsen Hill. Since then, skiing has evolved from being merely a method of transport to one of Steamboat’s main focuses – a progression which has nurtured the growth and successes of 79 winter Olympians.

Compelled by this statistic and Steamboat’s well-known ‘Champagne Powder’ reputation, I routed from a snowless California to the heart of the Rockies in early January. Here are some initial guidelines for skiers and boarders to help you navigate the mountain from Day 1. In a separate blog I’ll be outlining the activities in the town and its off-mountain vicinity but for the moment we’re going to keep things strictly on the slopes.

Steamboat’s ski area mostly faces west and is accessed from a single base area beside the main hub of the resort, Gondola Square. Two chairs take you part of way up the mountain over the beginner slopes while the Gondola whips the majority of skiers up to Thunderhead Peak, the central point of the resort. From the top of Thunderhead you can go one of three ways: Take a right and you head to the sunny, south-facing side of the mountain, linked by Elkhead chair back to Thunderhead; Veer left at that top of the Gondola and you wind down into Burgess Creek and a number of lifts that take you to the steeper side of the mountain; Route back behind the top station of the Gondola and down the mountain and you’ll return back to Gondola Square.

Thunderhead Peak marks a split between gentler slopes and the more challenging features the mountain; To the right, the more southerly side of the mountain is serviced by a number of blue runs and single black diamonds whereas to the left and up towards Storm Peak there are some harder double black diamonds and some wilder pistes. Though Steamboat’s 3000-acre terrain is significantly smaller than other popular destinations, the resort prides itself on having a 100% skiable terrain, meaning that all off-piste is fair game with a helmet and reasonable ability.

Beneath Sunshine Peak on the gentler slopes of the mountain you have a number of worthwhile off-piste routes to check out. Once you’ve taken the right at Thunderhead and slipped down the mountain, keep left and catch a lift up Priest Creek or Sundown Express, the two chairs that reach up to Sunshine Peak. At the top of Priest Creek or Sundown Express take a right and head down either One O’Clock, Two O’Clock or Three O’Clock and scope out the trees between (generally referred to as One Thirty and Two Thirty according to their time of the peak ski-ability). Aspen trees and traditional alpine firs occupy the wooded sections of the ski area to different densities that are maintained during the off-season.

Going further to the right off the top of Priest Creek and Sundown Express will take you down some gentler blue runs. If you feel that you have skied out the O’Clocks and the neighbouring Rolex and West Side runs then look to upload on Elkhead to take you back to Thunderhead where you can grab snacks and/or lunch before heading to the northerly facing slopes. You can expect to spend at least a good morning uploading on Priest Creek and Sundown Express, or the rest of your first day if you were on the chair after 1030hrs.

Your best bet once you head over to Burgess Creek is to take the Storm Peak Express, a wonderful lift that has nearly the greatest vertical rise of 658m of all the lifts in the resort, second only to the multi-station Gondola. From Storm Peak you can either head right to the runs which lie skiers left of Storm Peak Express, or else head over to Morningside which is on the eastern side of the mountain, also reachable from Sunshine Peak. From the top of Storm Peak, whip down Frying Pan and drift to the Morningside Lift which grants access to a number of delectable double black runs, the three Chutes.

To access the Chutes, take a right off the top of the Morningside lift and prepare to walk for ten minutes to get you above the double-black haven on this side of the mountain. Be aware though that unlike the O’Clocks on the southern side of the mountain, the Chutes do leave you with a significant amount of slow, flatter work to do before the next lift up. To make the most of your time at the top of Steamboat, try to hike over to the woods below Mt. Werner where the trees are perfectly spaced for shredding. Christmas Tree Bowl, No Names, North St. Pats and East Face are all the runs to aim for.

Once you’re below Mt. Werner there are a number of single diamond blacks that route around and beneath the Pony Express. If you get over to this part of the mountain early in the day, there will be no lines, plenty of virgin powder and groomed pistes to devour before the rest of the resort emerges from 1000hrs.

I stayed at the Steamboat Grand which is 100m from Gondola Square. The hotel have a complimentary ski and boot storage area even nearer the slopes so you don’t need to drag your gear back to the hotel at the end of the day – just ideal.

Steamboat have a marvellous grooming map which they publish each morning, telling you exactly which runs were groomed the night before. Grab hold of one of these for an indication of where to ski and information on what runs may have been altered since the day before. They are available at Lift Passes and various Steamboat-owned stores and kiosks.

Steamboat is a 4-hour drive from Denver International Airport. For information on ski rental and snow conditions, visit steamboat.com.