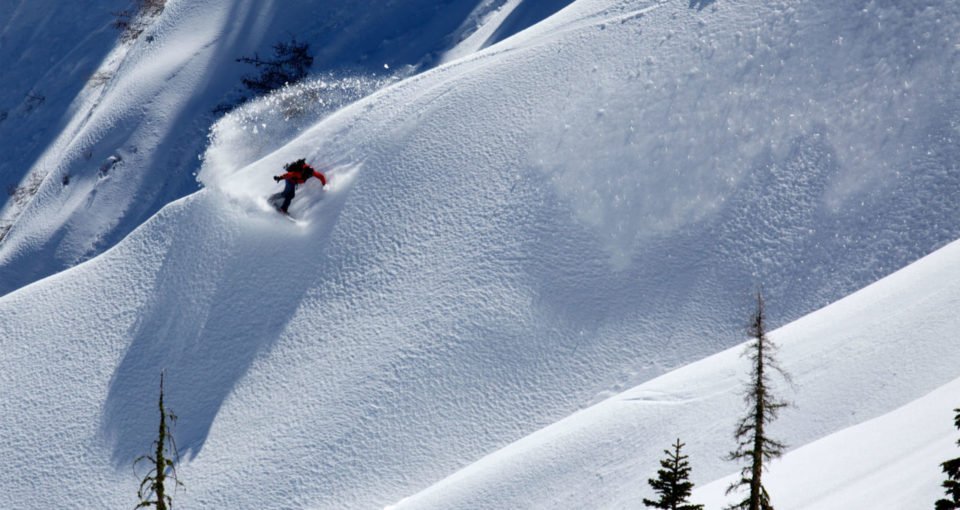 A steady stream of snowsport films have been doing the rounds over the past two months, delighting audiences with storms of snowy escapism. This year, a select few have managed to entertain crowds with a degree of artistic flare, accelerating the evolution of ski and snowboard film production into a new realm of action film.

When it comes to creating a storyline, few snowboarders are better placed than Jeremy Jones. Born and raised in Cape Cod and now a Truckee local, Jones’ life typifies the go-get attitude of outdoor sport. His remarkable achievements in freeride snowboarding have developed over two decades, refining a holistic approach to the mountains which is unique within the sport. Jones now champions the outer reaches of exploration and in his most recent film, Higher, the athlete documents the many personal sacrifices that are required in a professional sport as outlandish as backcountry snowboarding.

Following two successful films, Deeper and Further, Higher takes an unconventional angle on shooting action film, deciding to focus on just three lines, one in the Tetons, a second in Alaska and third high in the Himalayas. Whereas his previous films are loaded with action and thrilling footage, Jones and production company Teton Gravity Research allow for plenty of commentary and footage to explain the logistics behind the mighty lines chosen for for the project.

“With Higher, I let go and was like, if you want to go see fifty minutes of straight snowboarding, there are thirty movies you can choose from. In the past we thought we needed to have the full-on, five-minute music video, have some talking, then another five-minute music video. In Deeper, I would have fear that we haven’t shown a real line in seven minutes. We didn’t have this discussion in Higher – I don’t even know what the longest time between a turn is!”

Ultimately, this change of pace gives the viewer time to detect Jones’ mood and share in the apprehension around an effort to summit and snowboard safely. This focus on the journey is mirrored in one shot that sweeps out of Cape Cod and Jones’ childhood, blending into a bay with a quintessential Alaskan backdrop – a playground that has been made famous by the best snowboarders and skiers in the world. With Coldplay’s Midnight running in the background, this shot punctuates Jones’ journey, highlighting the lengths he has gone to make such an introspective film as Higher.

In skiing, two films have offered something different this season. From Super Proof, a brand new production company, The Recruitment is a feature-length film that combines your typical skiing edits with a fictional story of survival and triumph. Whereas your typical snowsports movie creates an intensity out of the action and risk-taking on the slope, tension is built through the lives of the skiers in their towns and predicaments, heightened by the metronomic Snow Angel from Mike Patton (think The Place Beyond the Pines (2012)).

Team captain Sean Pettit established Super Proof to push the boundaries of action sports films and take a look at the script writing that has made Hollywood storylines so successful. Though Pettit was injured for much of the filming of The Recruitment, he admits that by focusing on production, he was able to make the film as he wanted it to be. Speaking to Powder.com in the summer, several months ahead of the film’s release, he outlined the his vision for Super Proof.

“The whole idea behind this movie and how we’re approaching this whole Superproof [sic] thing is to make something that might be a little controversial. Maybe some people don’t like it, but that’s okay. We hope some people will love it and appreciate the change. We’re pretty excited to get this out and see some reaction. Hopefully it gets some people talking, gets some other companies and videos to be a little ballsy.”

The second big hit in ski films was Afterglow, a short by Sweetgrass Productions that has been shared widely over the past few weeks. Its Lightsuit Segment sparked controversy on video-sharing site Vimeo, where members of the community criticised Sweetgrass for failing to give credit to an earlier use of LED lighting in action sports, by Jacob Sutton and snowboarder William Hughes in 2012. Responding to the volley of abuse in the comments section, Sweetgrass made it clear that this was not an attempt to claim a first in this type of night-filming.

“In response to the conversations about the similarity of this film to Jacob Sutton’s ‘L.E.D. Surfer’ – we’d like to communicate that we of course hold great respect for Stutton’s [sic] work as a poetic, inventive, and pioneering expression of riding on snow, and certainly a creative source referenced during the development our film. We’d also like to remind viewers that there has never been a statement claiming our use of LED clothing in a snow environment as a first, or as a last.”

Thanks to the heavy 4K resolution cameras in Higher, Super Proof’s novel approach and the illuminating debate around Afterglow, we’re seeing camera technology and creativity take outdoors film to a new place. Regarding proper accreditation and the culture that now seems to be developing in technical shoots, Sweetgrass say it well.

“For those still concerned about the topic of originality, it may be considered that art is an evolutionary undertaking, with each step influenced by, and building upon those that came before it. Some may find successive works to be derivative, or even a look-alike, but we hope viewers can appreciate Afterglow as a film that pushes the boundaries of our medium in new ways, as seen through our own, unique perspective.”

If you’re clued-up on the latest snowsports films, email your favourites to Will Ross (will@zafiri.com).