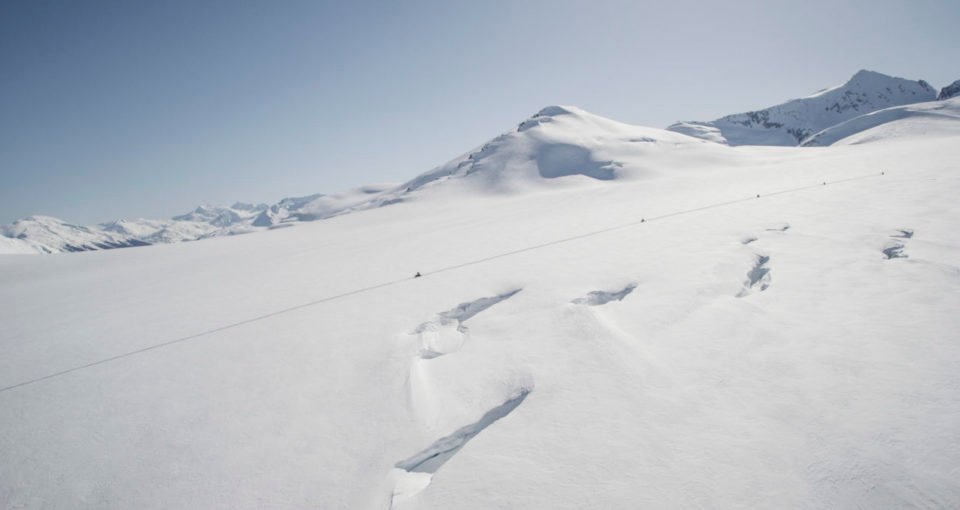 Jump into the bindings of Dave Treadway and life starts to look a little different. One of a small band of British Columbia brothers, the Pemberton local has carved a career out of his backyard, trapsing deep into the Pacific Northwest’s enchanting terrain. In Let’s Go Get Small, the Canadian guides Swedish freeskier Henrik Windstedt in a sled-adventure and a new approach for the visiting athlete.

While the adventure is typical to Treadway’s style, the hand-holding of Windstedt defines this short, directed by Fred Arne Wergeland for Norseman Productions. Windstedt is clearly new to the whole task of grabbing snowmobiles and taking to mountains with ice axes and ghost-clamped ski boots. The terrain and snow quality is also a topic of concern for the Swede, who ultimately comes out unscathed from a pair of huge descents, including one down Monmouth Mountain.

As well as exhibiting British Columbia in all its glory, the film also profiles the stories of locals, including Treadway’s wife, Tessa. The film is produced before the birth of their first child, with Tessa admitting that she wouldn’t want to put a stop to her husband’s ambitious pursuits. Johnny Foon of Foon Skis and chef Kate Riddell of Selkirk Wilderness ooze British Columbia cool, full of life despite being nearly twice the age of the Peak Performance-sponsored athletes weaving through their home mountains.

Beyond the story itself, the terrain is compelling and entirely accessible with a leap of faith and the assistance of Selkirk Wilderness and Monashee Powder. Watch the full short on Vimeo.