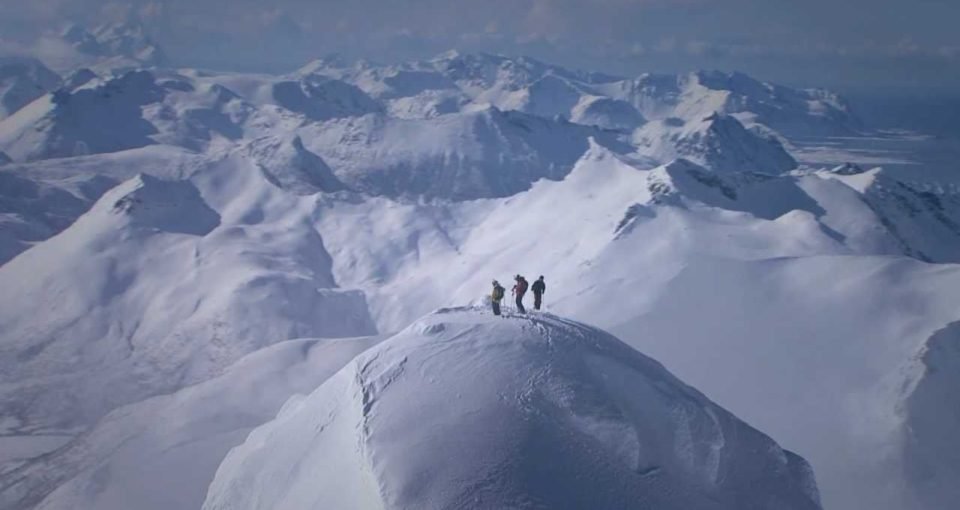 From watching the Sheffield Adventure Film Festival 2012 trailer that had accrued over 100,000 hits on Youtube before the event, I knew ShAFF 2012 would be an event to savour. Throw a great venue, fantastic live music and lectures from some of the best climbing, running and biking athletes in the country into the mix and you have one of most eclectic adventure festivals out there.

I was fortunate enough to see a wide range of the 76 films on offer at the festival. There was a healthy array of features for fans of kayaking, biking and adrenaline sports like high lining and BASE jumping. Climbing and mountaineering were covered in similar fashion, from bouldering flicks right the way through to an account of the recent winter ascent of Gasherbrum II.

The main thing that impressed me was the overall quality of the films. I have seen more than enough average to poor climbing features online but those on show at ShAFF were very engaging, and worth of their ‘big cinema’ status. I particularly enjoyed the mountaineering and ski films (Moonflower and Being There were my personal favourites) but the majority of what I saw exhibited well chosen soundtracks, inspiring cinematography and enthralling action. Poignancy and moments of profound shock were also at hand, especially in Kadoma and the multi-award winning (although empty handed at ShAFF) Cold.

Films were by no means the only entertainment on offer however. An undisputed highlight of the weekend was the Arc’teryx Adventure Shot, which was a pub quiz, stand up comedy gig and photography show all rolled into one. Hosted by the hilarious Niall Grimes, teams competed for prizes before watching some stunning slideshows that were pieced together by top photographers.

As aforementioned, the venue was ideal for the event (partly in terms of convenience – the Showroom Cinema is right next to Sheffield train station). The bar had plenty of food and drink on the go and live music helped to contribute to the buzz. Indeed, some of the music was so good it turned the bar into more of a gig atmosphere, such as when the excellent band Auriyga got the room clapping and some raucous Frenchmen dancing wildly by the bar.

There was also a second-hand kit sale and exhibit room, where you could drop by and chat with climbing legends like Johnny Dawes and Ron Fawcett who were there signing copies of their books. My one quibble with the festival was that more could be made of the exhibition section; perhaps more companies could be invited to demonstrate their latest gear and clothing? That said, there were some great second hand bargains and the opportunity to have a sports massage was very tempting!

The link-up with the Climbing Works International Festival was a winning idea and I can only urge the organisers to strengthen the links between the events as much as they can. I entered the qualifying round at CWIF on the Saturday morning before popping back (only a short bus ride) to see some films. That afternoon and evening I saw lots of folk that had entered CWIF, been given a good workout by the problems, and then come to chill out with a cold beer and watch some of the films.

Everyone that I spoke to had good things to say about the weekend and the packed viewings (given the lovely, sunny weather) just went to show how highly rated ShAFF has become.

This year was my first time at ShAFF and it certainly won’t be my last.