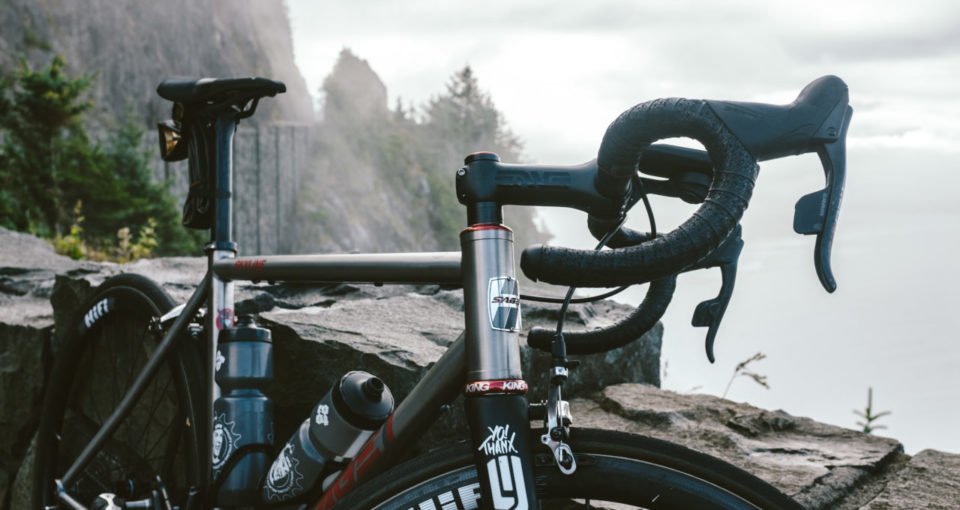 Despite the initial popularity of bicycle ownership in the United States during the 1890s, cycling culture ended up taking a more central and enduring role in Europe during the 20th century. So potent was the invention of the two-wheeler in the post-industrialised West that it was feared to lead to the rapid liberation of women, now able to roam freely even before they had a right to vote. Indeed, bicycles were versatile things, deemed suitable for the British Expeditionary Force in 1914 as they wandered around France’s western front when word broke that the Kaiser’s troops were on the move. But it’s in Europe more than the U.S. where cycling became embedded within the psyche of entire regions, leading to the founding of the Tour de France (1903) the Giro d’Italia (1909) and The Classics, with Paris-Roubaix being the forerunner in 1896.

Further west and several decades later, New Yorker David Rosen found himself growing up the streets of Manhattan, thrashing around on bikes in a city removed from the sport’s cultural epicentre. In a keen move of skill and vision, Rosen’s recent adult life has been occupied with the resurrection of a former style of riding on titanium with the launch of his own premium bike brand in 2012 out of Beaverton, Oregon.

In his early career, Rosen first started making trips to the West Coast with Nike, taking him on a tour of the company’s rigorous department for supply chain analysis and efficiency. Despite his commitment to the apparel giant, Rosen continued to fuel his passion for racing bikes with his toes pointing toward Europe and an eye on the development of mass carbon manufacturing out of Taiwan.

Meeting up for a bite with Rosen in Portland, I soon get a glimpse of the founder’s commitment to Northern European cycling traditions – we opt for beer and cheesy fries midway through a Friday afternoon. Hopping between bike frames and beers, it’s clear that Rosen is passionate about two worlds – the technical geometry and componentry of bicycle manufacturing and the romantic attachment bikes can have, when designed to last a good portion of their owner’s life. Whereas carbon moulds have rapidly improved the performance and cost structure of road and mountain bikes, their rapid turnover and inflexibility reduces their class factor for Rosen.

It’s for these reasons that the name “Sage” is appropriate for a fleet entirely made of titanium. Rosen’s frames are designed for road, gravel and cyclocross, with the latest introduction being his hardtail mountain bike. Writing on the brand’s website, the founder makes his stance clear, “Back then, you lusted after a bike. You bought it. You held on to it. You cherished it. You rode it for decades. Call me nostalgic, but those classic designs were things of beauty.” Five years of riding the best carbon had Rosen burnt out by 2011, “Each bike had flash, but they were all just carbon shells, veneers with no substance. No mojo. No soul.”

Indeed, Sage’s preference for titanium points to a slower pace of consumption and a realistic compromise in a world inundated with turnover in other domains. As well as tearing a page from the book of the European velo kultur, Rosen has introduced a new leaf to the compendium of U.S. patents with his proprietary drivetrain integration Cable Clip System (US Patent No. 9,545,975). Running a mechanical drivetrain? Then run the cables externally or select a custom frame to have them go internally if you’re OK with the added hassle during servicing. Opting for an electronic drivetrain?  Then run the cables internally using the same system.

Customisation and service are pillars of Sage’s offering, with flexibility being offered at every level of production from geometry to outrageous paint jobs. Each frame is designed, cut, welded and finished in the U.S., with domestic manufacturing happening out of Tennessee. Rosen’s control of his supply chain is enviable, allowing his ambitious designs and technologies to flex according to rider demands.

Sage’s first three frames bridge a wide amount of terrain and racing needs. The Skyline is the signature road frame, ideal for the hills west of Portland and made of 3/2.5 alloy titanium, a bi-oval downtube and breezer dropouts. The product manual makes for good reading, with the Skyline referred to a “… sleek and sexy titanium spaceship built to inspire the masses.” Next up is the Barlow, a kind of gravel-ready hybrid, rugged and named after the final stretch of road that pioneers used to route over from the Cascade Mountains on the final leg of the Oregon trail. Made up of the same geometry as the Skyline, The Barlow includes additional chain ring clearance and can take 40mm tires, fenders and a rack mount. Meanwhile the PDXCX sits with the cyclocross heritage, inspired by racing in Belgium’s “diabolic racing and riding conditions” with 3/2.5 alloy titanium.

Each bike seems to capture one phrase which summarises Sage well: a brand set on “blending class of the past with the performance of the future.” To some extent, “class” implies the versatility of a noble bike that can mould around a variety of riding conditions, a more reliable companion in the many places where bikes are ridden around the world. As Sage’s customer base grows and titanium continues to make its resurgence, Rosen’s move from the threads of apparel to the treads of bike manufacturing may pay off, and certainly give plenty of joy to discerning cyclists also looking to flirt with longevity.

Head to sagetitanium.com to find out more.