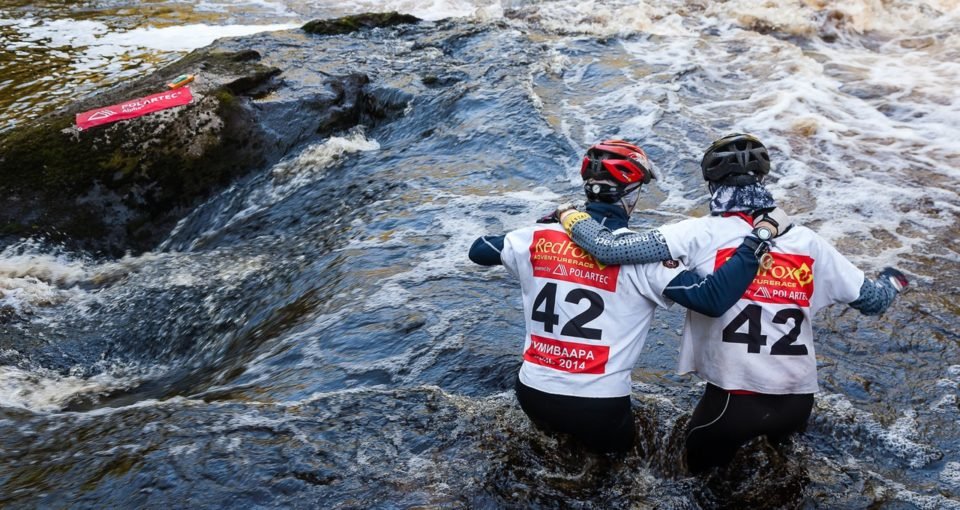 Head 100 miles east of St. Petersburg and you stumble across Onega Lake in the Karelia region of north-east Russia. Suitably wild and rugged, this corner of the country hosts the Red Fox Adventure Race in mid-June, a multi-sport event that covers over 300km during its course.

The race consists of three loops; a 190km mountain bike, 100km of paddling, a 55km trek/run stage and, yes, a 100m crawling stage through mud, brush and water (officially spelunking). The mountain bike route is stated to be generally flat with hard surfaces, just a warm-up before heading into the two-seater kayaks to tackle the paddling leg. The race has been divided into a ‘short’ 48-hour version (teams of two or four) and a ‘long’ 72-hour version (teams of four).

By comparison, the trekking stage sounds considerably more gnarly. Some stones are covered by moss, slippery even in dry weather and, race organisers make it clear ‘One can meet big wild animals in the forest: elks, boars, bears’ (literature is recommended). During the trek there are also some fixed rope stages, requiring climbing skills, but no specialist footwear. Spelunking completes challenge, at which point elbow and knee pads are donned by all. As if this wasn’t enough, the RFAR reserves the right to introduce a secret stage, which will be announced at the opening ceremony.

Temperatures can dip to near freezing at night, with surface water below 10 degrees celsius, perfect testing ground for Polartec, who will have sponsored the first-ever all female team and a team over from the States, the first in five years no doubt.

The American team is comprised of a highly qualified set of athletes, three from Colorado and one from Putney, Vermont. Jimi Alida-Klopson, manager of the first Red Fox store in the US captains the team. Kathy Wickum used to ride mountain bikes professionally, and has diversified in recent years with Nordic skiing and trail running out of Longmont, Colorado. The third racer from Colorado is Shawnie Mulligan, endurance runner and mountain biker, while fourth athlete Amy Caldwell raced triathlon professionally, a career that balances an All-American status in cross-country skiing.

Head to the RFAR site for more information on equipment, logistics and see the video to reign in the imagination.