Finding What Was Lost – Rebecca Rusch in “Blood Road” 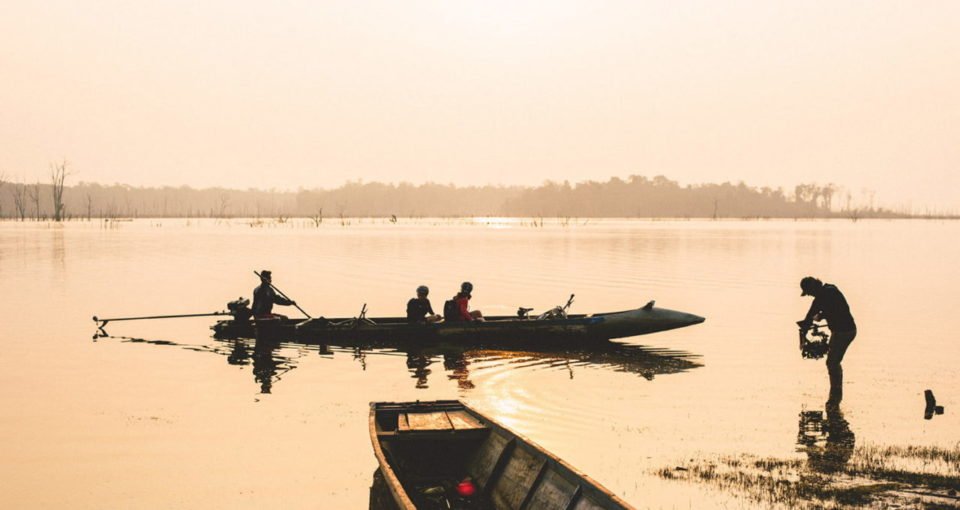 The impact of the Vietnam War on the American psyche has been played out in numerous high-cost feature films and documentaries, many of which depict the brutality of the landscape and its devastating impact on both sides. In a recent production from Red Bull Media House, Blood Road, a new approach is taken by professional mountain biker Rebecca Rusch who, at the age of 46, goes in search of a father she never knew.

Flying for the US Air Force during the Vietnam War, Stephen A. Rusch of the 4th Tactical Fighter Squadron, Da Nang was shot down and killed over the Ho Chi Minh Trail, a crash site that becomes a fixed co-ordinate for her sister’s adventure.

The story unravels in the shape of a number of discoveries between Vietnam and its border country Laos, from new relationships and adventure partners, to the nearly unnavigable jungle trail. The impact on Rusch is less of an athletic challenge than one of emotional journey as she comes to terms with her own heritage and the devastating impact of the aerial warfare that still scars the region.

Navigating in a boat made out of the fuselage of a F4 plane, learning about the extensive coverage of UXOs (Unexploded Ordinance) and the dislocation of populations enter the story as waypoints for a new historial interpretation which she shares with her co-pilot, Huyen Nguyen, a Vietnamese who is mother of two and also a former South East Asian champion.

Attend a screening near you, or buy the full 90-minute film for an insightful night’s viewing. More information at bloodroadfilm.com. Rusch is also now guiding mountain bike tours of the region to raise awareness and funds for NGOs invoved in UXO clearance.