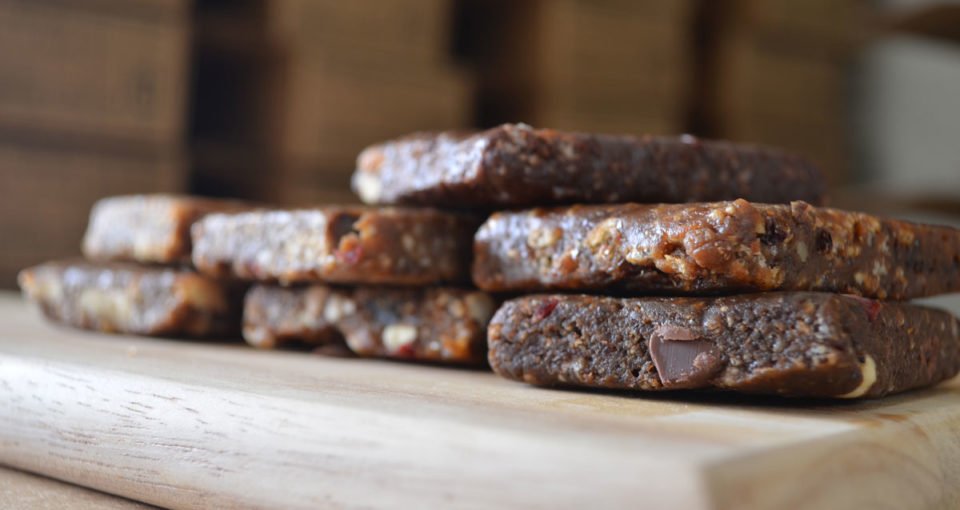 Many nutrition stories have emerged from the outlandish personal tales of founders, pioneering adventurers who started by cobbling together recipes to fuel their most ambitious days out. But none are built upon such a credible athletics achievement as Picky Bar whose founders have mantlepieces laden with silverware, and a good recipe going in the kitchen.

Though the entire troop of the Bend, Oregon company are no doubt very athletic, the three co-founders take the athlete-businessperson persona to a new level. Jesse Thomas won the prestigious Wildflower Triathlon six times, while Stephanie Bruce and Lauren Fleshman are sub-2:30 marathon runners and U.S. 5K champions, respectively. These details are inscribed on Picky Bar’s packages, providing a demonstration of provenance that’s hard to compete with.

I came across Picky Bar for the first time during their pioneering morning runs in the July Salt Lake City heat in 2013 around Outdoor Retailer, the outdoors industry’s foremost tradeshow. Times have changed since then. The show left Salt Lake City when a series of politicians opposed Obama’s invoking of the 1906 Antiquities Act to protect Bears Ears National Monument. In food, the world has seemingly caught onto Picky’s coat tails with the widespread endorsement of low-glycemic index, gluten-free foods.

A sturdy set of ingredients of dates, nuts, seeds and a range of dried fruit, meaning the bars remain dairy-, gluten-, soy-, and GMO-free. The total sugar content in their bars is high, but this comes from the natural sources that provide a lower glycemic load, preventing your blood sugar levels from hitting a spike. Other key data includes their 4:1 carb to protein ratio, with 7g rice protein supplementing contributions from the nuts and seeds.

Beyond their colorful packaging and catchy copy, the chefs at Picky Bar have done well to formulate an appetizing fleet of nine flavors. Here’s what’s on the menu:

Find your nearest Picky Bar retailer or sign up to their monthly subscription service, Picky Club. U.K.-based fans can head to pickybars.co.uk.