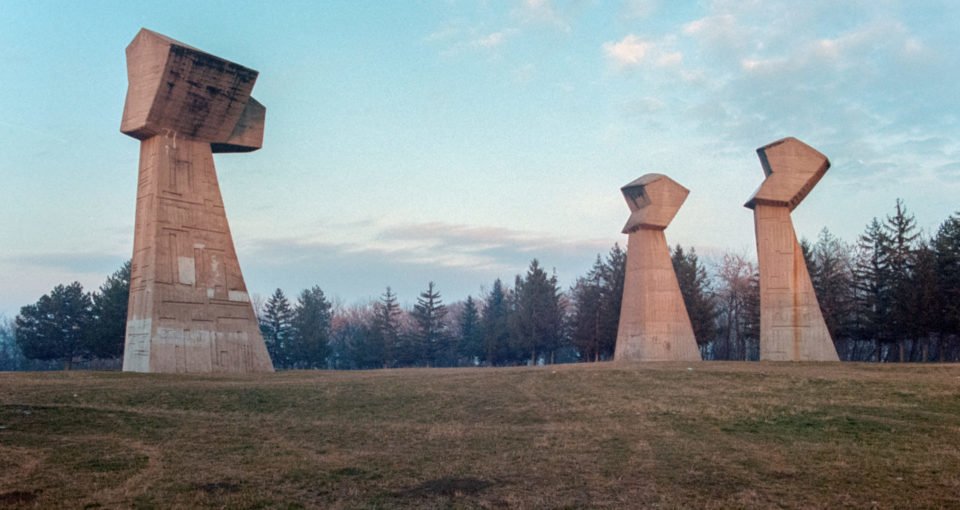 The emergence of the Balkan Peninsula from Soviet influence and post-rule conflicts has created a diverse human landscape, captured most recently by photographer Benedetta Ristori. Her 60-image photo book “East” covers her Eastern European project from 2015 to 2018 and is now part a crowdfunding campaign on Indiegogo. The 300 editions will include texted comments alongside the photographs which span Bulgaria, Bosnia-Herzegovina, Croatia, Albania, Serbia, Montenegro, Romania, Moldova and Transnistria.

How familiar are you with the Balkan Peninsula? Did you have an impression of the regions your photographed before you started the project?

I don’t have personal connection with the countries I have portrayed. My first visit was to Bulgaria in 2015, and from there I decided to start working on this project. Before going physically to these places I read and studied their history and the geography, starting from a passion for some architectural structures scattered in their territory. I didn’t created a real image of what would have been there once I arrived, but I can say that what I have now is a sense of great admiration for these countries and for all the people I met on my journey.

At a thematic level, what connects the Balkan Peninsula? How were you trying to highlight tensions between place and history?

Most of the elements that are part of the project are links to the past. Mainly these are architectures, monuments, or towns that have a particular history. Many will look at some photos without understanding the true meaning, so I’m very happy to have created a book from the series, so I could also insert texts that tell what is behind each shot. As for what connects the Balkan Peninsula, I think it is mainly the common history that has for a long time united some countries now separated, and the experiences of very tough policies and wars.

Many of the photos involve everyday daily life, for example people swimming in a lake. In what ways did you involve yourself in these activities, or keep yourself removed from them?

My main goal is to remain quite detached from the subjects that I shoot to avoid influencing and interfering in their spontaneity. Most of the time then, as in the case of the lake, I remain outside the situation to portray that moment without my presence and then interact with the subjects. In other cases, as in some “posing” portraits of single people, I deliberately involved the subject and with some of them I found myself spending a lot of time in their homes talking about them and their lives.

You shoot images in both summer and winter. How did this affect your compositions?

I decided to immortalise the various countries in different seasons in order to show, as much as possible, the various facets of the countries and not to label them with a fixed aesthetic – as it could have been only winter or summer. I don’t think that the change of seasons has influenced my point of view, it was only more complicated logistically, in winter with very sub-zero temperatures and the snow that for many days prevented me from shooting.

What is your enduring sentiment when thinking about the legacy of Soviet rule? Did you notice places as being fragile or robust or adaptive?
The place where I found the Soviet Union’s biggest presence was obviously Moldova, as she was a Soviet Socialist Republic until 1990, and certainly Transnistria. I think Moldova is adapting to its new reality. As for Transnistria, on the other hand, obviously the stalemate and non-recognition status as a State is not very easy and makes it a more fragile reality.

How did light play a role in the way you framed photos? Was there a way or were their ways you chose to historicise the places you visited?
The common thread for the representation of the countries is that of an almost rarefied atmosphere suspended in time. The light certainly has a very important role in my photos. In this project, however, having decided to cover all seasons, the use of light has been very varied, so we move from images with very strong daylight to others at sunset with very soft colors.

To support Benedetta Ristori’s crowdfunding campaign for the publishing of “East”, go to indiegogo.com.