Grounded in Melbourne: Notes on Pedla and Premium Apparel 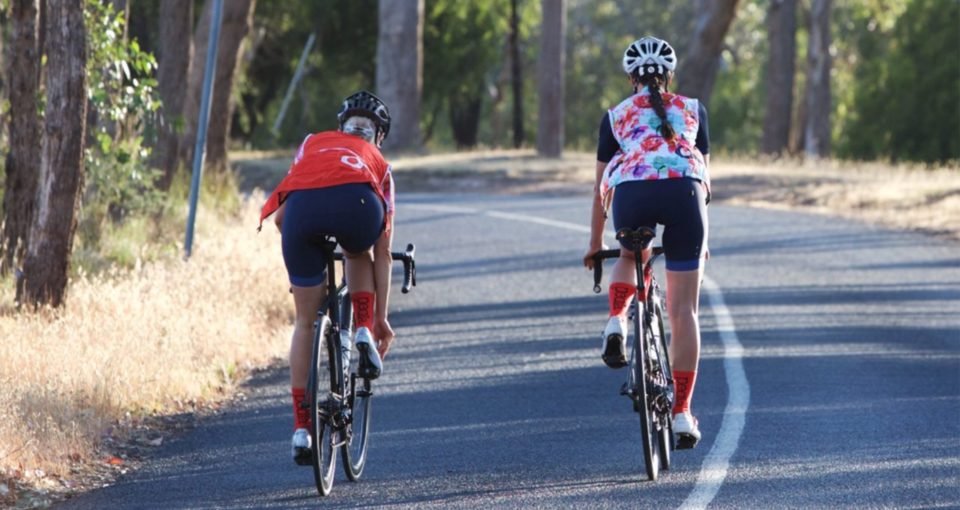 You know you’re onto something exceptional when a room hosting a hamlet of sheds with plastic corrugated roofs scoops you out of a tropical rainstorm. More than a shelter, this vaulted ceiling is home to a handful of creative businesses, bustling in the startup shanty at School House Studios in Melbourne’s Collingwood district. Here is just one biome within Australia’s extensive web of micro-enterprises, and another story out of premium cycling apparel — the tale of Pedla.

Even for the convicted, it’s hard to see how high-end apparel fits into a righteous path for cyclists, a group of athletes who already wield bikes that exceed the entire lifetime cost of participating in most sports. Yet for outsiders, coming to terms with passionate crowdfunding pitches about crafting the ultimate bib short must simply be a stretch too far. Ultimately we’re talking about an activity that’s already associated with enough inner city nuisances to warrant best behavior and modesty when flaunting its latest treats. Yet sweep Down Under and you’ll find a troop of surging brands like Pedla that deliver exquisite products, some of the most coveted in the sport.

Shuffling out of the rain and into Pedla’s office, I’m met by its two co-founders and entire workforce, Justin Abrahams and Marcin Wojcik. Despite being 20 years older than his co-founder, Abrahams still holds a lean, youthful frame that he’s been able to maintain during a successful career in sports branding through his own agency, Husk, launched in 1995. Abrahams uses this background to prioritise his time on the manufacturing component of Pedla, a critical step in establishing relationships with fabric suppliers from Switzerland and Italy (M.I.T.I.Â. and CYTECH Â), and manufacturers out of Guangzhou. Initial R & D for the first collection of Pedla took six months, highlighting the tempered approach the duo have taken in trying to survive in a tight-knit and highly competitive corner of sports apparel.

Wojcik’s entry to apparel is a little different. After graduating from Melbourne’s Victoria College of the Arts in 2010, the artist has since been featured in numerous Australian galleries. In 2012, he brought together an exhibit combining influences from the cycling and climbing, an installation that was featured at Melbourne Art Fair. This artistic flare and training has enabled Wojcik to deliver a unique aesthetic to Pedla designs, while ensuring a connection across collections. For instance four dots mark garments in some form, a dynamic pattern that blends well with floral designs, etched patterns and plain threads.

When I met the co-founders for coffee at the adjacent Allpress Roastery, the pair acknowledge the difficulties of keeping the operation so small. Their limited bandwidth puts strain on what the company can do with retailers, new markets and meeting the demands of their niche but passionate audience. For them, gauging each other’s mood is essential in approaching their work, to the extent that they know customers and fans feel the pulse of the brand directly, issued entirely from an intimate source.

Commenting on a 15-year experience practicing yoga, Abrahams is happy to blur the line between his own recreation and professional work, going as far as to say that the sport plays an active role in his business productivity.

I use cycling to dial my mood around my working day. If I’m entering a meeting in the morning, a short bike ride of an hour will get me right there. But if I’m looking for a more steady day, I’ll go for a more meditative ride.

In many ways this approach embodies the brand, a message broadcasted in a clip produced by The Bay 13 Institute around the concept of the “UNSUNG Pedla”. The video includes a monologue, about breaking boundaries and defying the odds, multiple passions spilling into spheres that bump edges against physical limits. As our conversation flirted with the late morning, Wojcik opens up his smartphone to show a photo of something he’s been grafting on the side, a piece of art made up of a slice of bitumen that sits on a yoga mat. He half jokes that this mirror representation of a strip of road on a climb out of Melbourne could form part of a Pedla-sponsored expose of cycling and art work, and the crossover is palpable.

This deep passion for cycling fuels Pedla, and provides its best resilience to those who consider small-scale operations in apparel to be merely a kind of fashion machination delivered to the customer at an extraordinary cost. But by dividing the sum of Pedla’s work into different components is to miss the point of the operation altogether, an entire production process that is bent on delivering quality products with an aesthetic brilliance well beyond the remit of a sport brand. Purchasing something from Pedla isn’t merely about finding a specialist garment to meet a technical scenario, but about aligning with a look that is both unique and incredibly refined. The experience is more wholesome, more complete and inviting to the discerning consumer. Fundamentally, critics miss the point and really bring to fore the question of just who is the arbiter of beauty, and who is prepared to pay for this privilege.

Beyond their collection of hard goods, Pedla’s Instagram account is vibrant pillar for their community. From an audience of over 9000 followers, posts receive between 200 and 250 likes, an engagement rate of over 2.5%. Product shots are abundant — usually in front of adorable settings that you want to melt into — but a small collection of Instagram videos hint at the detail of the founders. A loop of a heaving group heading up a steady climb plays Tops from The Rolling Stones, while another post showing a red and black camouflage speedsuit hangs against Mannish Boy from Muddy Waters. In the longer “UNSUNG Pedla” clip, a theme of American adventurism is extended by sampling Knife and Stone from Extreme Music. These footnotes distinguish the brand from others by delivering something different and altogether more soulful than the slick edits or brooding nostalgia of other production outfits.

Still, when it comes to stockists, Pedla’s footprints is small, with just one store in UK and France and only a handful in Australia. Though there are plans to open in the US for the brand’s fifth season, there is no doubting that Pedla’s brand continues to hang around the decisions and drives of its founders. Women’s apparel is now out and triathlon is one frontier Abrahams and Wojcik want to sink their teeth and weaves into, but these are still early days in Collingwood.

It’s these new expansions that will test the centrality and focus of the brand. Purity and pristine design are certainly part of the company’s appeal right now, but whether they can maintain their reputation as both performance and beauty remains a major challenge. But with world-class coffee just a few pedal strokes away, and Melbourne’s enviable setting for the sport as a backdrop, there’s no doubting it, Abraham’s and Wojcik are pedalling in the right direction.