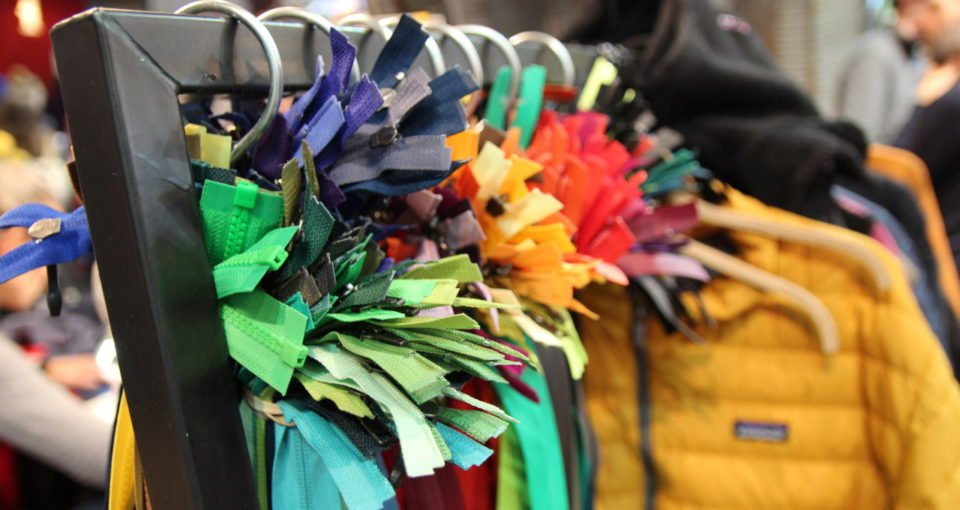 Following the heralded announcements from Amazon, Nintendo and Microsoft of record sales on the recent Black Friday in the US, online retailers across the country cut, squezzed and crunched their prices in anticipation of even greater returns on the following Cyber Monday. Amongst the consumer frenzy, one adventure brand kept its cool, making a bold statement that criticised unnecessary expenditure – a controversial, even seditious stance given the government’s suggestion that we spend ourselves out of a recession.

At 10am (PST) on Cyber Monday, subscribers to Patagonia’s online newsletters received an email with the curious subject heading, ‘Don’t buy this jacket.’ A similar message was conveyed in a paid-for ad in The New York Times as part of the same campaign.

In the opening paragraph, the email briefly outlined the nature and background of Cyber Monday, highlighting the strain it puts on the ‘economy of natural systems that support all life’. The email continues to explain the environmental effects of Patagonia’s bestselling R2 Jacket and the use of 135 liters of fresh water in production and emittance of 20 pounds of carbon dioxide, 24 times the weight of the finished product, in the processes of transportation.

As the subject title suggested, the release was about restraint and part of the launch for the Common Threads Initiative. The project is broken into five action steps that are designed to help limit the environmental effects of production and retail.

To start the campaign, Patagonia will focus on its opening ‘R’, to REDUCE. As the first apparel brand to tell consumers not to buy what they don’t need, Patagonia have made sure to offer their own commitment in the form of the second ‘R’, to REPAIR. As a mark of the quality of its garments, Patagonia promises to make products that last and help repair breakages causes by normal wear and tear for return within four weeks (delivery cost included).

The third ‘R’ to the campaign is somewhat unique. While a number of apparel companies offer lifetime guarantees for their products, Patagonia are the first to say that they will help retail unwanted garments through a branded eBay store. The aim here is to continue the life of a garment and prevent further unnecessary production.

After REUSE, the fourth ‘R’, RECYCLE, is somewhat mundane. Still, Patagonia are the first apparel brand to offer a full returns service that endeavours to put to best use materials that otherwise would have been thrown into landfills. By constructing products in new ways, Patagonia have been able to make their entire collection recyclable.

And lastly, the Common Threads Initiative is looking to get consumers to make their own pledge through the project to REIMAGINE a world where people take only what nature can replace. So the fifth ‘R’.

On Wednesday night at Stanford Graduate Business School, founder and CEO Yvon Chouinard gave a talk to reaffirm the company’s commitment to ‘reimagining’ retail. Between arguments balancing cost and longevity, catfood and NYC-Conneticut commutes, it became clear that Chouinard’s voice is right behind the campaign. Following Patagonia’s endorsement of the Sustainable Apparel Coalition and the grouping of major players in the apparel and footwear industry, it seems we may be entering a new age of systems that account for the real impact of consumer retail.