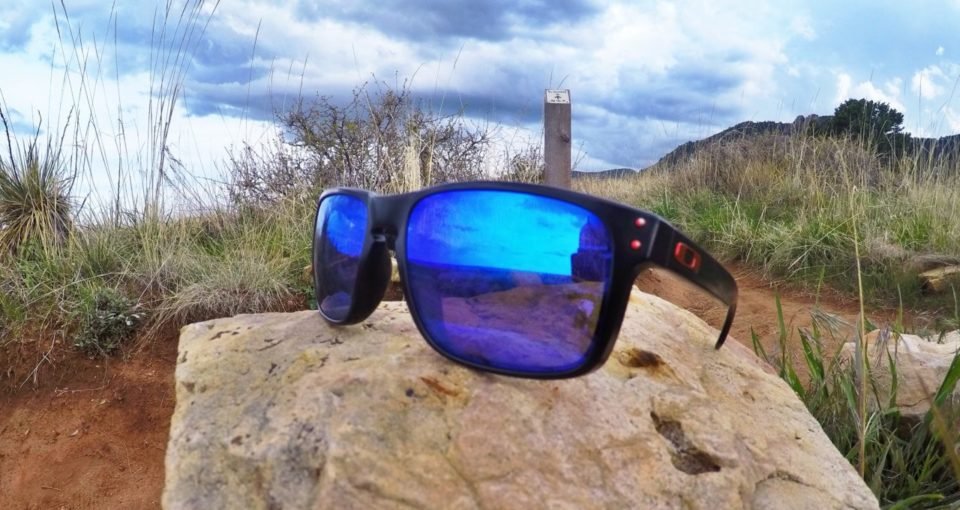 As the summer solstice draws closer here in the Northern Hemisphere, we spend more time outside soaking up Vitamin D, a time when reliable eyewear becomes more essential than ever. And because our pupils dilate behind dark lens, they absorb more light. Investing in a pair of sunglasses that are specifically designed to protect against UV rays is imperative. Sunglasses help prevent such eye conditions like cataracts, macular degeneration, photokeratitis, pterygium, and even skin cancer.

While I won’t delve into the details of these conditions, suffice it to say that life is immeasurably better without these optical hindrances. Besides providing crucial protection from harmful UV rays, sunglasses provide protection from the potentially disastrous things you can see, like a rogue bug bent on impairing your vision on a brisk jog, or the impact of dirt and rocks to your face after you’ve careened over the handlebars of your bike.

After a lifetime of constantly losing and breaking sunglasses, I finally made the wise choice to invest in a pair of hardy Oakley Holbrook in the hopes that better durability would in turn help motivate me to take better care of them. They’ve since taken better care of me.

Last summer, I began a short-lived affair with downhill mountain biking at Trestle Bike Park, Winter Park Resort’s summertime face. I say short-lived only because a rush of fearlessness propelled me (literally) off a tabletop jump, faster than necessary, to flat landing, and subsequently off trail to unfriendly rocks and tree stumps below. Unfortunately, the crash resulted in an impacted fracture to the greater tuberosity of my humeral head, a sprained rotator cuff, abrasions and cuts to my left leg, and a minor bruise on my forehead from the compression of the inside of my helmet. Luckily, the extensive body armor I was wearing at the time prevented any further injuries. And considering I took the impact mostly to my shoulder and face, I was incredibly surprised to find my Holbrooks intact. While the lens sustained major scratching, the frame, as well as my eyes, were completely unscathed. Thanks to Oakley’s replacement lenses, a new set ($90 for Polarized) made the Holbrooks look practically brand new.

Apart from its tried and tested durability, the Holbrook is bold and eyecatching. The brand describes it as “a timeless classic that echoes the screen heroes from the 1940s, 50s and 60s, the icons who inspired youth with their own brand of defiance. Who was the legend? He was sometimes a loner and sometimes a leader, an everyman who lived by a code, stood up for what was right and did what needed to be done. You wouldn’t call him a man’s man because that macho crap meant nothing to him. What you saw was what you got, including dust from the open road and a look that said he might be gone tomorrow because nothing could hold him.”

Fittingly so, the Holbrook was inspired by “a small town [of the same name] found along historic Route 66 in Arizona that sits on the outskirts of the painted desert and the petrified forest. It’s a classic western badland that epitomizes a spirit of exploration and adventure found in those traveling along Highway 66 in the 50’s and 60’s.”

While the Holbrook is predominately marketed towards men, it’s medium rectangle frame, sleek appearance, array of lens and frame colors, and proven reliability make it an excellent match worthy of any outdoor adventurer, male or female.

If its appearance alone isn’t enough to persuade you, the Holbrook has a strong arsenal of state-of-the art technology at the core of its production. Thanks to “premium materials and a unique architecture of Oakley lens/frame combination,” the Holbrook offers “uncompromising protection against high-velocity and high-mass impact,” explaining its resilience against my burly bike crash. Oakley’s High Definition Optics® is a “collection of patented technologies that allow [their] eyewear to meet or exceed the testing standards of the American National Standards Institute for optical clarity, visual fidelity, and impact resistance.” In fact, Oakley boasts that these lens can withstand the force of a quarter-inch steel ball fired at 102 mph and remain intact after impact from a metal spike, weighing over a pound, dropped from over four feet above it.

Aiding in the Holbrook’s grit, is Oakley’s O-Matter™, a synthetic material that affords the frame the ability to withstand unpredictable impacts through controlled flexibility. Another asset is Plutonite®, a purer polycarbonate, that is integrated into the lens material and not only provides optimum optical clarity and aids in impact resistance, but also filters out 100% of all UVA, UVB, UVC and harmful blue light up to 400nm. Additionally, ensuring maximum comfort for long-term use is equally essential, and the Holbrook features Oakley’s “Three-Point Fit” frame system is designed to make contact with your face at the bridge of your nose and the sides of your head while remaining snug but without triggering unwanted pressure-points.

With so many outstanding attributes and proven durability against the extremist of extremes, the Holbrook is a wise investment when looking for protective optics.