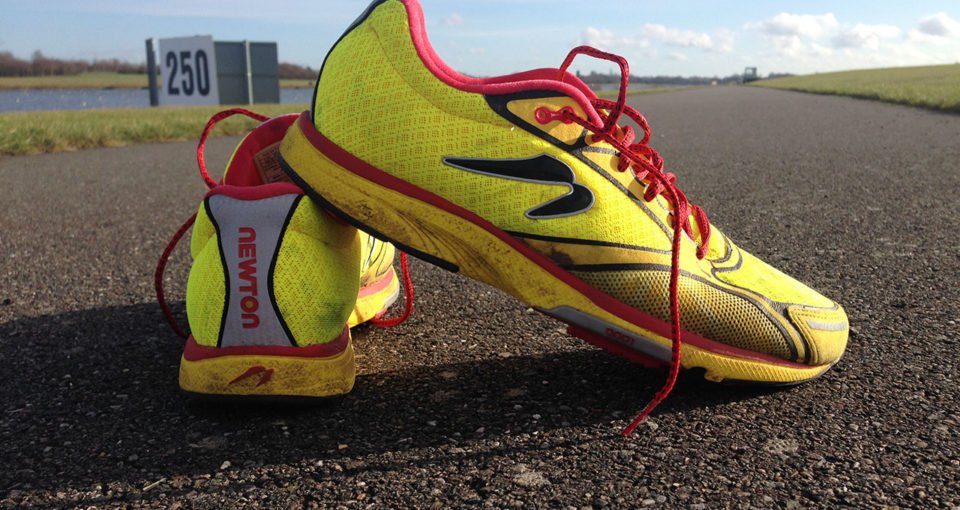 It all began around Thanksgiving in 2011, dragging a friend through obscure retail outlets in Phoenix, Arizona just to find a shoe. If it weren’t for the promise of the four-way lugs and a new approach to running, I wouldn’t have dared take my host on such an determined search.

Born out of Boulder and a vision to reposition regular road running footwear, Newton Running has emerged as one of the most exciting brands in the sport. Like all great disruptive companies, Newton conjures up a sense of crisis, in this instance around the pandemic of heel striking.

For a long time, Newton relied on their four-lug system, a way of panelling the forefoot to encourage better running form. More recently their P.O.P. ‘point of purchase’ system has arrived alongside an extra lug to the shoe’s sole, replacing the four-way lug altogether.

This has generally gone down well; the four-lug system wasn’t as stable as the new setup, which offers a wider berth and better feel for the running surface. The Gravity III is endowed with a P.O.P. 1 forefoot, a platform that engages and reflexes on impact and release. Meanwhile the heel is stabilised with a durable rubber ca[ that differentiates it from the Distance III, a shoe that you might go with for tempo runs of long races.

The Gravity IV is already on the market in an equally appealing colorway, but expect the Gravity III to stay in fashion for at least your next 200 miles.

For more information on the shoe’s technology and stockists, visit newtonrunning.com.