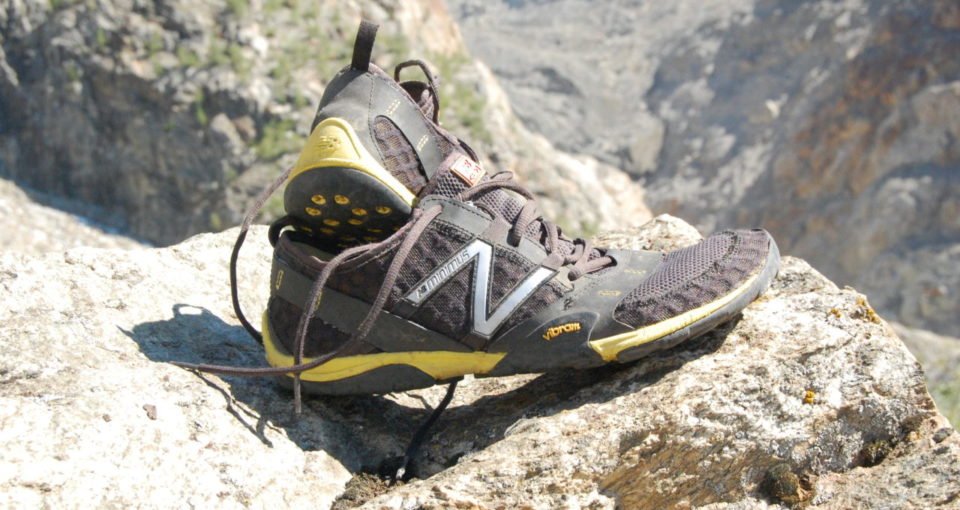 As barefoot technology begins to take off I thought I’d get hold of the New Balance Minimus Trail shoe to see whether minimalist really is the way to go. After years on gel and air tech I was warned that the shift to barefoot can be harrowing so I set out on the trail for two steady sessions; the first testing was to see how much things would hurt without the extra padding and my decade-old running technique, and the second was there to really assess what performance benefits the low profile offered.

The first thing I noticed when I put the Minimus on was just how thin the sole felt. Whereas I usually relish a few extra millimetres in super-padded footwear, the Vibram sole reduces the volume of this trail shoe significantly, to a 10mm heel-to-toe drop. Though disconcerting over the first few steps, the New Balance Minimus’ sole gave me a swift, spacious feel to my stride over shorter distances. Laced and braced, I headed to one of my favourite trails in Hermanus, South Africa, a dry route with plenty of knobbly assets.

Running the mile of flat pavement to the base of the trail was tricky as I slapped hard without the usually soft release that a cushioned sole gifts. This is part due to my lazy technique, but also part due to the fact that the Minimus are designed for trail and the extra precision and foot placement that each step on rougher terrain requires.  I ran hard up the hills and took bold lines on the descents, again just seeing how I would recover during the following days.

Fortunately I wasn’t broken by the Minimus during my first outing. The trail included 300m of ascent over 12km and was typical of my usual trail routes. The next morning I felt pretty tired in the quads, although not strained. Though I’ve heard injuries can be sustained to the sole of the foot after switching to barefoot tech I was thankfully OK. Even out of training, I managed to be back on the trail three days later, stronger and ready to test the shoe for performance.

After returning to the UK, I took the Minimus through its strides on a trail nearer home, over some sharp ascent/descent strips as well as across sections of flat terrain. The shoe performed well and was especially impressively on descents where I normally struggle in padded trail shoes. Due to the low profile sole, your foot is given a much better chance to connect with the terrain and transfer the centre of balance in an instant. The Minimus offers more support than the Vibram Fivefingers and, again due to the thin sole, doesn’t shift off the line of your foot placement on descents. On flatm off-road sections the Minimus is less useful, demanding a good tempo and neat footwork – ultimately a recipe for injury prevention.

As well as pitching well on the trail, the Minimus are also a great shoe for a multi-adventure holiday; they dry quicker than most laced shoes and are ultra packable for days when you’ll be cycling then, say, going somewhere for lunch.

Overall I’m very happy with the Miniumus. Though I haven’t been testing them long enough to see their lasting effects on recovery/injury prevention, the perfomance credentials of this minimal pair of shoes are notable. Be sure to break yourself into the shoes before you start going on your normal runs – though comfortable in session, the absence of padding can be stressful to begin with.

For more information of the Minimus and other trail shoes, visit newbalance.com.