Alpine Bike: A Mountain Bike Traverse of the Swiss Alps 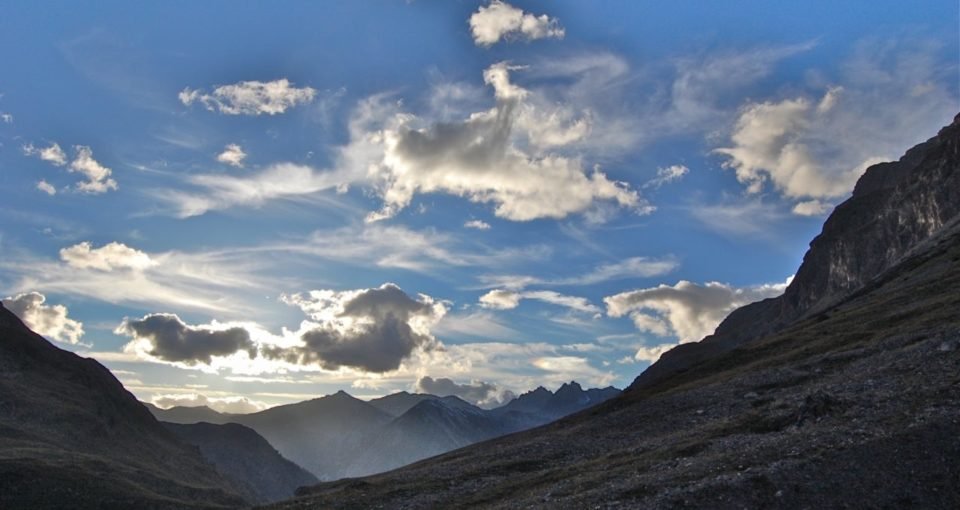 With the recent completion of a high alpine trail that traverses over the Swiss Alps, Switzerland has launched itself to the forefront of the world’s mountain biking scene. In the last three years, Switzerland Tourism has developed and a new route called Alpine Bike that crosses the entire length of Switzerland, from Scuol in the East to Aigle in the west. At 666km, Alpine Bike is one of the longest fully sign-posted mountain bike routes in the world. Manageable in a week and lying in the same time zone as South Africa, this European adventure can be inserted into a 10-day window with room spare. Here are some of my hints and tips from my solo attempt at the route in September 2010.

The route connects Switzerland’s greatest alpine tracks, stringing together the Grison, Bernese and Vaud’s Alps. The full length of Alpine Bike is 666km making it one of the longest sign-posted mountain bikes routes in the world. Switzerland Tourism have divided the route into 16 sections from 31 to 63 kilometres, each with its own accommodation options for multi-day journeys. Demanding passes of up to 2694m are complimented by quaint villages, charming chapels and meandering rivers make cycling the Alpine Bike both privilege and a challenge.

I had a limited time to complete the route so decided to trying to take on two stages per day, a decision I questioned early when the route kicked skywards early after Scuol. After three kilometres the climb was over and I was rewarded with some spectacular viewpoints and the assurance that I would now be in the high mountains for most of the next week.

After three hours riding I was over the Pass da Costainas (2251m), taking me down a hairy descent that was being smoothed out by a tractor when I was going down. Still after day one I arrived safely in tax-free Livigno.

Day 2 (Stage 3) started with a tough climb over the Pass Chaschauna (2694m), the highest point of the Alpine Bike and the only place during the route where I experienced dangerous weather changes. Fortunately there was a great Refuge Cassana where I grabbed a hot chocolate and some rest before taking on the final 100m of the Pass. Certainly stop here if you’re concerned about fueling-up – there is a long way to go before the next village (S-chanf).

Stage 3 runs into St. Moritz from S-chanf over 20km of flat terrain. The lake at St. Moritz looked stunning the otherside of the gloomy weather over Chaschauna. Stage 4 continues out west towards Maloja, heading via Friedrich Nietzsche’s summer retreat in Sils-Maria where he spent seven summers from 1881 to 1888 (Giovanni Segantiin moved from nearby Savognin to Maloja in 1894). His house which has now been converted into a museum, worth paying a visit. Trust the route signs along the southern side of the valley until Maloja – I got a little disheartened here but soon found the descent of the Maloja, full of hairpins. Deservedly I soon found myself hiking up the rugged Septimer Pass on my way to a great descent to Bivio and the end of Day 2.

I stayed at Hotel Solaria in Bivio which I recommend, especially after a long day of serious climbing and my first Rösti of the trip. During Stage 5 the route drops down to Tiefencastel (869m) with only a couple of climbs so you should have time to swim in Lake Savognin and check out the hot Alvanue Springs (site in German, have a browse).

Keen to get to my next accommodation in Thalkirch by the end of Day 3, I headed up a wonderful climb along a tarmac road, passing through fields of hay bails to the Glaspass. Over the Glaspass there is a steep descent into Safien Platz which is certainly the most challenging of the route. I stayed at Berghaus Turrahus in a tiny settlement called Thalkirch, a couple of miles beyond Safiental.

The Berghaus Turrahus sits right at the base of the Tomulpass, a classic Grison ascent laid out by Polish refugees during WW2 to manage defence systems on the Italian border. The mighty Tomulpass descent sweeps though a wide basin before weaving into Vals Platz, home to Valser Mineral Water and a chance to visit Therme Vals, a spa hotel designed by Peter Zumthor (day visits 40 swiss francs).

Stage 8 continues through a quaint mountain village called Lumbrein (fuel here) before sneaking over the Alp Nova, down to Trun and across to Disentis, renowned winter ski resort and location of one of Switzerland’s largest Benedictine Monastery.

Stage 9 takes you over the Maigel Pass via the Maighelshütte near the source of the Rhine. Over the Maighels (2422m), the route winds down to Andermatt, another popular winter resort, now the focus of serious development that plans to double the size of the town in the next few years by Orascom. During the Cold War Andermatt was a strategic point for the military whose surrounding mountains remaining as a training ground. Over the Sustenpass (2255m), you head into Meiringen, made famous by Sherlock Holmes’ famous disappearance and a certain dinner-time delicacy.

On Day 6 (now Stage 11) I followed the Alpine Bike up a long, steady climb via the waterfalls where Sherlock Holmes went missing. The climb is steady and on tarmac roads, matched by a great descent passed the Eiger (clouded over when I was there) before touching down int0 Grindelwald. The beginning of Stage 12 takes you up an altitude of 100m before dipping down to Interlaken at just 565m.

Stages 13 to 16 continue with moderate climbs with exception of the climb over the Hahnenmoospas (1952m) during Stage 14. During Stage 15 you will break into French speaking Switzerland, heading via Gstaad and Chateau D’Oex before taking on the Col Des Mosses that divides the Rhone Valley between the Mediterranean and North Sea. At Aigle you’ll be in the winemaking region of Switzerland so don’t hesitate to reward your efforts with some local produce.

The route has been extremely well signposted so you can easily self-guide your way from start to finish. The real appeal of this route is that it offers a great opportunity to plan an expedition. The trouble is how to get rid of your kit, especially if you came with a bike bag. I used Swiss Trails who offer luggage transfers for the entire route. They have broken down the 666km into the following stages:

Alternatively you can pay per night, choosing a tier of accommodation. Find out latest prices and booking here.

In true Swiss fashion, a guide book and bag tags will meet you in an envelope at your first accommodation on the night before your first day cycling. Love this! Mountainbikeland sell a guidebook for the Alpine Bike route, offering information about each of the sixteen stages and corresponding maps and altitude profiles. A free copy comes with your booking with Swiss Trails.

Have a mountain bike tour to share or comments on this piece? Email Will Ross (will@zafiri.com).