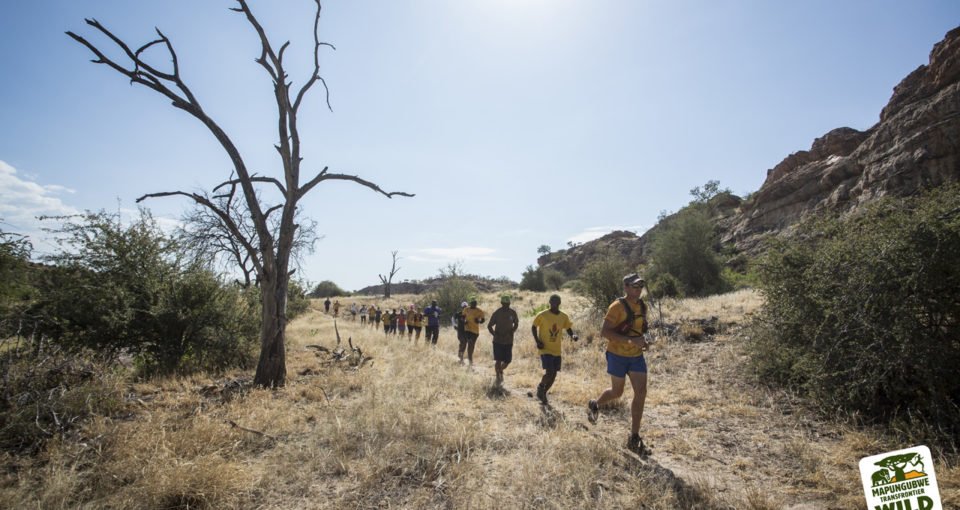 The idea of entering protected areas with a slice of speed and vigour is nothing new. Recent trail running exploits along the Appalachian Trail have become infamous, while new national parks generate interest by hosting athletes to enjoy their virgin trails. Yet there’s something more daring in adding a variety of predatory animals to a trans-border route that makes the idea of national parks a little more thrilling.

Held for the first time in May, the Mapungubwe Transfrontier Wildrun does just this, cutting three loops right through the Limpopo-Shashe basin between Zimbabwe, Botswana and South Africa, covering a 92km route over three days. This central belt of southern Africa is of course home to the continent’s ‘Big 5’, containing one the highest populations of large mammal wildlife in the world.

Owing to its transnational character and the connections made between three southern African countries, the Mapungubwe Transfrontier Wildrun® strikes a social link by supporting the local communities it passes through. Most prominently are the Maramani community lands and associated rural development council. Race organisers Wildrunner sourced food, accommodation and support from the area, while donating outdoors gear to locals, to the value of half a million Rands.

Here are the three days, outlined:

Visit wildrun.com for more information on registration and upcoming dates.