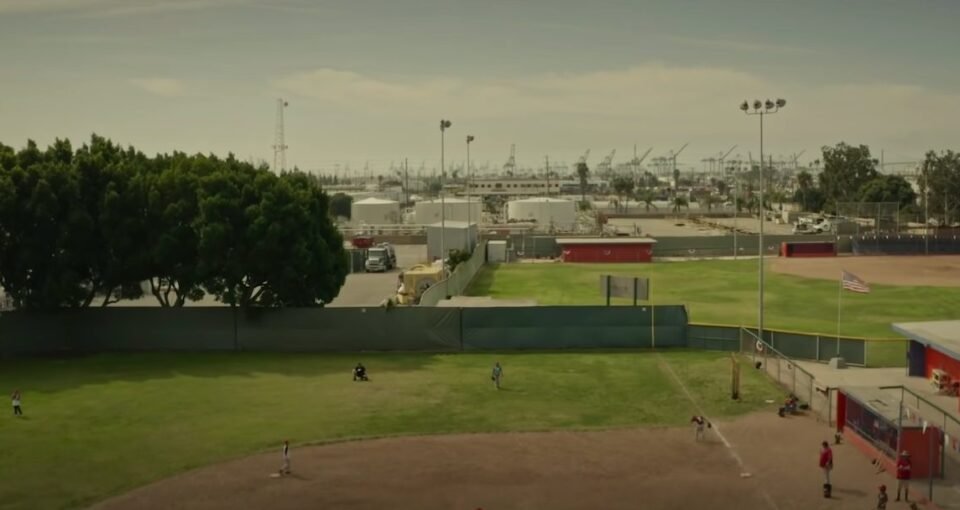 Over the past two years, high school students in Los Angeles’ District 15 have raised awareness and directly challenged the status of air pollution in their neighborhood. Toxic particulates from a series of oil plants have caused concern among an active group of young high school students part of Communities for a Better Environment (CBE). The area that makes up Wilmington is home to three oil refineries, with two more in operation in the wider District 15. This amounts to 479 active wells and 154 idle wells, over half of the entire total across the city of Los Angeles.

After decades of undeterred operation, the particulates that emerge from drilling, refining and transportation of oil have a caused a range of ailments specific to the area. Nausea, asthma, bronchitis, cancer and reproductive difficulty are some of the known problems from drilling which takes place in parking lots, and even around the corner from a hospital.

The youth-led campaign requested that LA city sign into law an ordinance that would require a 2,500ft buffer zone around any oil drilling activity. Pollution from oil refineries includes crystalline silica, hydrochloric acid, xylene, butoxothenal, towline, aluminium oxide and range of other chemicals which are hidden from researches due to trade secrecy laws. Unlike pollution from cars and other industry, the particulates from oil are well known and easily traced back to source.

In 2018, Wilmington partnered with University of Southern California (USC) through their care program to get more data on particulates in their area. a measurement of 30ppm is a high proportion on a scale that contains parts per million. In Wilmington, the volunteers found that 70-76 were common numbers with 120ppm being the highest reading.

The group from CBE presented these numbers to LA City Council in February after canvassing the Wilmington community for support. As well as setting the wheels in motion for change and validating vital work in air quality in LA’s south-eastern reaches, presentations at city hall represented an affront. After big oil’s deliberate breakdown of local community and the extension of community funds to “buy the silence” of locals, it looks as though civic bodies will opt to shift the balance.

Learn more about the campaign to stop drilling in Wilmington.