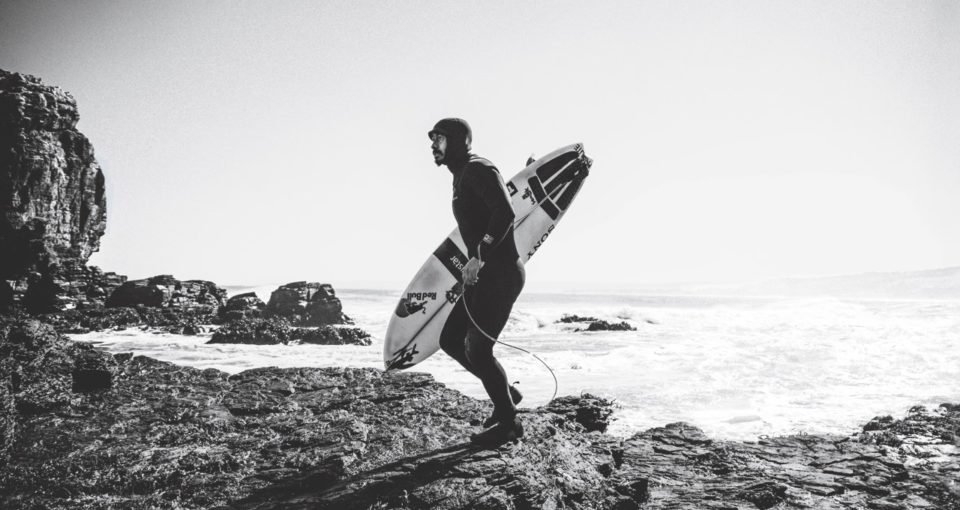 First published in 2005, Let My People Go Surfing traces the story of Yvon Chouinard and the principles that guided him in building one of the most influential outdoors brands, Patagonia. Though Chouinard promotes a stance of a reluctant businessman early in the book, the impact of his values on corporate culture cannot be denied. As well as defining a method behind creating iconic, timeless product design, the ideas presented in the 250-page book articulate many of the practices that are now being adopted in the workplace, well beyond the break.

The story begins with Chouinard’s childhood growing up between Maine and, from 1946, Burbank, California. After exploring the Wind River Range and Tetons in Wyoming in his late teenage years, Chouinard became inspired by the mountains and, following a stint serving in the US Army, he began to make his own climbing hardware from Southern California. Crafted under the business name of Chouinard Equipment Co., robust, brilliantly built climbing tools set the foundations of the entrepreneur’s journey.

But by the early 1970s, Chouinard Equipment had been sold to Black Diamond. At this point, the climber and surfer switched his focus to outerwear and layering under a new name – Patagonia.

Now heralded for his positive environmental projects, Chouinard admits that in the early days, Patagonia didn’t actively seek to make such a tremendous impact. The turning point came in the late 1980s, by which point Patagonia was growing fast and had to consider how it would scale the burgeoning business. Following Black Friday on 31st July 1991, Chouinard confirmed his principles and set in place a sensitive approach to the environmental impact of doing business.

Multi-functionality, durability and simplicity become the pillars of Patagonia’s design philosophy, with production managers and designers tasked with the “ongoing environmental assessment of our materials and our manufacturing processes [to give] us information about the true effects of our business.”

Despite the company’s priority on outstanding design, the race against other competitors became an essential part of the business, with Chouinard adamant that a sense of urgency needed to be maintained. He rubbished excuses for why a task couldn’t be completed, or why it wasn’t done on schedule.

“This is a dishonest excuse. What the person really means is that the job didn’t get done because it had the lowest priority, and in fact he may never return your call because he really doesn’t want to. People do what they want to do.”

Chouinard welcomes any critique of his extreme work principles, instead maintaining their viability, “It’s okay to be eccentric, as long as you are rich; otherwise you’re just crazy.” The need to sustain a profitable company should be reached, he argues, only when everything else in the supply chain is done correctly. At the core of how Patagonia sees profit is its environmental philosophy which, as a set of guidelines, goes as follows:

When it comes to his management style, Chouinard has taken down the barrier between work and play to redefine what it means to have a separate private and professional life. Through company culture, on-site day care and full medical benefits, Chouinard has attracted a remarkable collection of athletes and experienced professionals that respect the company’s tempered approach. True to the title of the book, Chouinard allows employees to organise their own work schedules so long as they don’t disrupt the progress of other employees. Still, when it comes to realising Patagonia’s vision, the business owner admits, even in his company the challenge of getting people to change their consumer habits is not easy.

“The difficulty of convincing people to act is evident from a walk-through of Patagonia’s own parking lots and offices. SUVs are studded all over the lot, and people are wearing jeans and shirts made from nonsustainable fibers grown with toxic chemicals. Even here, where everyone knows how bad all the stuff is, environmental values are a hard sell. One hopes that the kids coming our of our child care center will do better.”