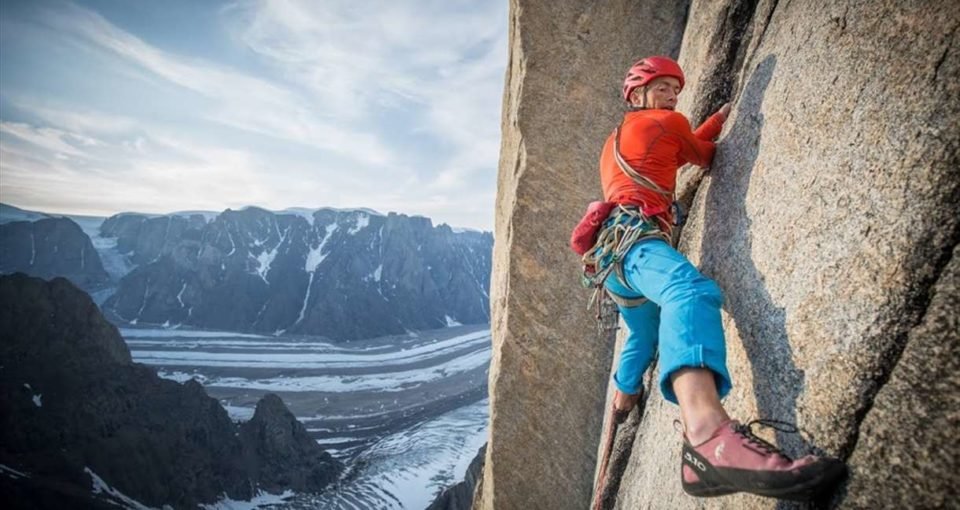 Being a relative newcomer to the climbing scene, Leo Houlding has been out to prove himself with some serious feats. Recently the ambitious Asgard Project in 2009 won him international acclaim and after teaming up with award winning videographer Alistair Lee, Houlding began to catch extreme climbing footage with incredible results. To top off his ascents, adrenaline-fuelled Houlding enjoys leaping off the worlds biggest cliffs – an act which is now defines his reputation.

The Asgard Project captures Houlding’s expedition on the Baffin Islands to make the first free ascent of Mount Asgard via the north face. The film captures the story as the summer quickly disappears in early August. Eager to get out before the extreme arctic temperatures set in, Houlding and his team avoid rocks the size of ‘four bedroom semi detached houses’ fall around them on their ascent. It is in my opinion the most exciting adventure documentary made to this day.

In 2008, Houlding free-climbed the 1000m Freerider route in Yosemite National Park (rated E6 6c)  and the NW face of Half Dome, another face nearby with 600 metres of vertical rock. Together the two faces might take a strong climber 9 days but Leo  and his climbing partner Sean ‘Stanley’ Leary aimed to climb both of them within 24 hours. After climbing for four hours, Houlding and Stanley passed a Korean team who were on day four of their climb on El Cap, a testament to the couple’s rate of ascent. Base jumping from the two cliff-tops made it possible for Houlding and Leary to scale both of these walls in such a short period of time, even though base jumping is illegal in the US.

Watch The Asgard Project on Vimeo.