Touring the Isle of Mull, Scotland 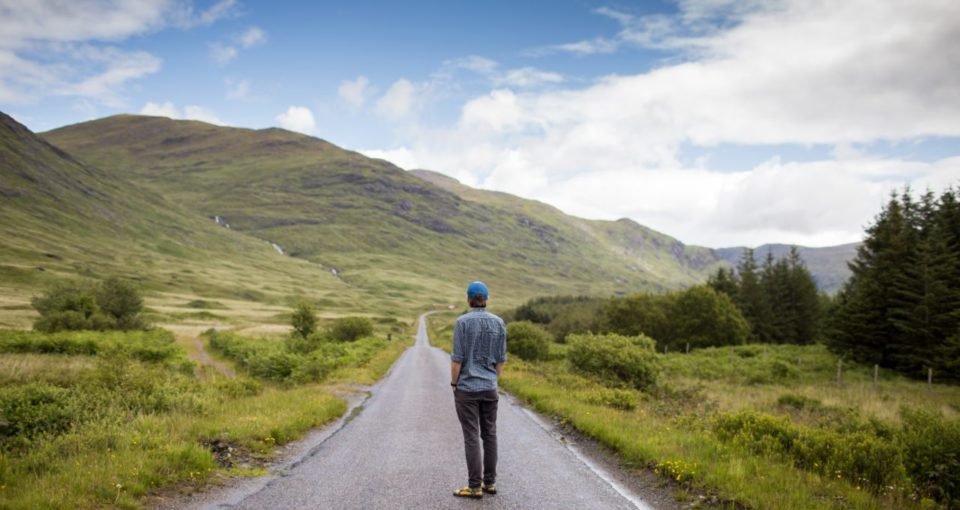 I recently went to the quiet Scottish island, Isle of Mull for a restful weekend with my girlfriend. Lying off the west coast of Scotland, the island offers a raw exposure to the elements through its barren and beautiful landscape. Mull is easily accessible from the mainland yet remains one of the secret retreats for island hoppers throughout the summer and winter.

The main town on the Isle is Tobermory – certainly the place to stay. Tobermory’s high street is filled with small, friendly B&Bs, pubs, shops and even a whisky distillery. We stayed at the Harbour Guest House which is well situated off the high street in Tobermory.

Wild and largely unpopulated, the island hasn’t yet developed widespread public transport so if you’re you’re best off with your own vehicle to ensure you make the most of all that is on offer.

As for hiking on Mull, Ben Moore is the only Munroe on the island, presenting a serious walk so allow at least two hours to climb to the top and about 1.5 hours for your descent. On a clear day the view from the top is spectacular, with one vista looking out toward the Outer Hebrides and the other over to the mainland. Be aware that the remoteness of the island means that rescue services aren’t as responsive as those on the mainland so ensure to plan well and bring sufficient food and water for the hike as well as rain gear.

Other outdoor attractions include the beach just beyond Calgary, from which you can take the footpath along the coast to a spit of land sticking out from the island –  great for dramatic shots of the sea crashing against the cliffs below.

From Tobermory you can make the 2-hour drive to the ferry to Iona, a small island which was very important in first bringing Christianity to the United Kingdom. The island is home to the Iona Abbey which is an impressive building with a fascinating history, so indulge here before catching the boat back to Mull. The drive back to Tobermory offers a wide variety of landscape, from bleak mountains to a dense coniferous forest. Stop the car and have a wonder around the occasional abandoned castle en route.

The Isle of Mull is only accessible by ferry. The main ferry terminal goes from Oban on the Scottish west coast to Craignure on Mull’s eastern coast. With a car, the crossing comes to approximately £65 return, although it is considerably cheaper as a foot passenger. It is advisable to book accommodation on the island in advance, particularly during the April-August tourist season.