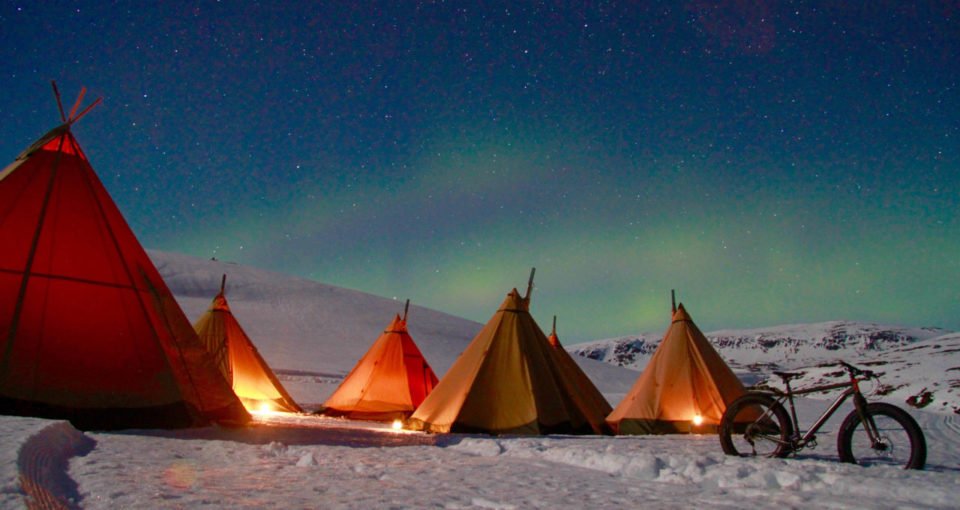 Launched earlier this year through a short tour through Norway, IGO Adventures are on a mission to test human mental and physical ability through exceptional adventure races. Challenge, Wilderness, Diversity, Camaraderie and Philanthropy are the five pillars of for their challenges, forming a neat springboard for ambitious racing.

This broad definition justifies the eclectic set of disciplines involved in IGO’s challenges – quadrathlons featuring cycling and running, alongside two other disciplines that roar over the surrounding terrain. The inaugural Norwegian event added of ski touring and cross-country skiing as the remaining methods, a pair of activities that worked well for the snowscape that was still in place in March.

Three other events are planned for 2017, another in Norway as well as the big outdoors of Wyoming and the arid Namibia. The ‘W111’ Wyoming event is scheduled to include mountain biking, a kayak, swimming and a run along the open plains.  For Namibia’s ‘S28’ quadrathlon, mountain biking, a canyon run, kayak and, remarkably, and an ‘African Scramble’ are set to blaze a trail across the southern hemisphere.

To distinguish themselves from the many other adventure races out there, IGO aim to enter their clients into the competition pipeline well before the actual event, through a training programme and ongoing medical analysis. This rigorous approach in part explains for the added cost of IGO Adventures’ packages, but promise a kind of habit-forming that may endure even once soreness and blisters have healed.