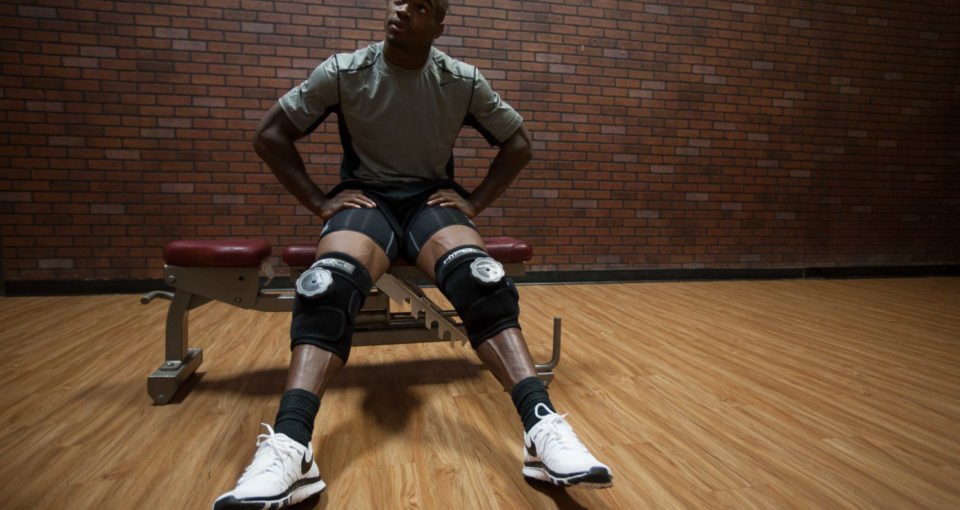 Last week, the results of research from the University of Southern California about the dangers of high-protein diets made national headlines, adding to a growing body of literature about the effects of things we eat and drink. Elsewhere, in another department of health and fitness, the benefits of ice therapy and compression have long been known, even if they haven’t reached the stage of fueling widespread paranoia. Through numerous studies, scientists have found that cold compression can have a positive impact in the recovery of injured or aching muscles and joints.

When applied to injured and recovering muscular tissue, cold treatment or ‘cryotherapy’ reduces the metabolism of cells, causing blood vessels to contract. Combined with compression, cryotherapy limits swelling and reduces the flow of blood to the tissue. On releasing external pressure and taking off the cooling element, the flow of fresh blood increases, flushing out pollutants usually left over from exercise, such as lactic acid.

But Katz doesn’t think ice compression should be limited to professional sports.

“The biggest thing is that you don’t need to be a professional athlete or a sportsman to experience pain. It’s relevant to people that work in the service industry or construction, and to professionals who spend their working hours sitting at a computer or being on their feet. Peoples’ bodies get sore, they develop imbalances. How good your body is going to feel will be defined by the work you put into it and our products are part of a platform to overall better health.”

Katz, who at the age of 36 continues to play basketball several times a week in Orange County, CA, suggests that ice compression isn’t just for those who are already experiencing injury or pain but also for anyone who is aware of some muscular or joint discomfort. They might use ice compression as a means of prevention, or as a way of easing soreness at the end of the day.

“When you take the time to care after your body, the results aren’t always instantly overwhelming. If you want to improve eating habits, you need to do this over many days, then the benefits add up. That’s the hardest thing, to get people to invest their time, to get them to change a habit. It’s more powerful when people experience it first hand than when people are trying to sell them on the concept.”

Still Katz is confident that the concept can find appeal in Europe as Hyperice looks to make further inroads into the performance market later this year. Perhaps during this time, Vanilla Ice’s famed lyrics can take on new, revitalised relevance.