Escape to the Rock-Hewn Churches of Ethiopia 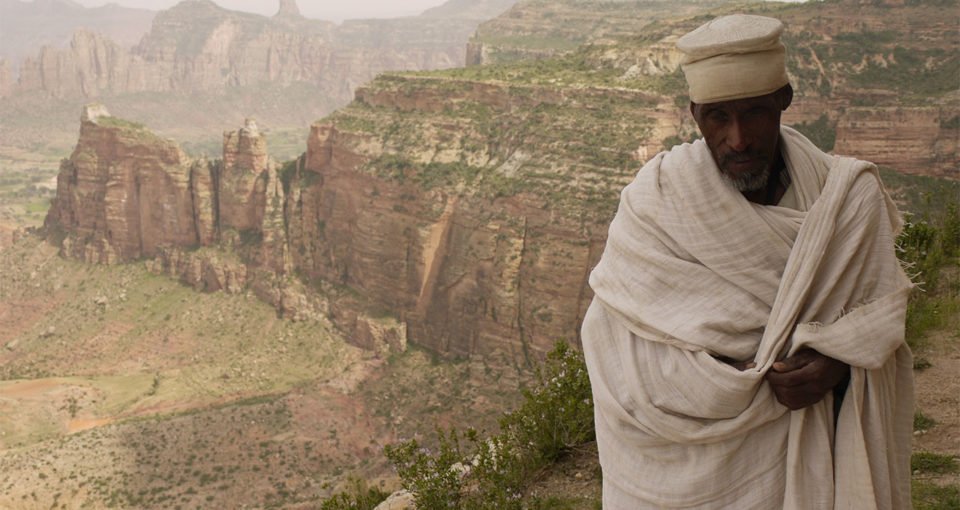 The Ethiopian Highlands are an ideal destination for those who like to mix their trekking with a touch of ancient culture. A while ago I was informed about the great scenery of the Simien Mountains through historian Gus Casely Hayford’s series ‘Lost African Kingdoms; the rock-hewn churches of the Gheralta Massif‘. In need of an escape from my phone and daily routine I embarked on a 5-day hike to the Mountains of the Gheralta.

Located in the Northern Tigrai Province, the Simien range consists of a thin spine of mountains that jut up from and across the relatively flat highlands. We accessed the area from the north via the regional capital of Axum, deciding to stay in the smaller town of Hawsien, just within striking distance of the mountains. I arrived with two friends completely unprepared for a trekking expedition; We had no tent, no sleeping bags and nothing in the way of cooking equipment. The surrounding towns did not sell equipment but fortunately at local markets we were able to find three Chinese blankets and two tarpualin sheets for $50. With the vital gear in place we were ready to trek.

Hawsien, as a center of the Tigrayan People’s Liberation Front during the civil war, was badly bombed by the Derg. Though a town of historical note it is a thankless place, redeemed in part by the Gheralta Lodge, an Italian-owned and run guesthouse on the outskirts of town. Just 10km from the base of the mountains, Gheralta offers off-season rates of $40 per night for a three bed luxury room and $5 for a needed filling three course meal. The Lodge proved to be an ideal base for our trip and is thoroughly recommended. For visitors to the area it’s well worth hiring guides. The Gheralta Mountain Guides Association (GMGA) can be found at the very base of the mountain in the tiny town of Megab. Though most Tigrain towns will offer catered trips with guides in excess of $1000, GMGA offers a local guide, a donkey to carry our tarps as well as blankets, three meals per day and even the occasional cup of coffee for $25 per day.

The trekking itself was moderate with occasional climbing to reach the further-spun churches. The range is a shaped as a narrow spine which runs in a bow-like structure and can be traversed from North to South in a long day and from East to West in about 6 days. These two crossings offer different views of the beautiful mountains and the plain below. We were unable to find detailed maps of mountains, but Gheralta Lodge has some old regional surveys and the guides have exceptional knowledge.

Each crossing provides you with an opportunity to visit a different rock-hewn Church, our primary reason for visiting. There are some 150 in the entire region that were primarily built between over the 14th and 15th Centuries. The churches have been carved out of sandstone faces by missionary priests and are still used to this day. Stand-out chapels include Debre Mariam Korkor, Abuna Yemata Guh and Dugem Selassie. Each charge a small fee of $5 to enter and it is customary to tip both the priest and/or the watchman. Views from Mariam KorKor, which is perched on the very edge of a cliff are breathtaking and are found following a good day of walking. Meanwhile the most technical climb leads to the spectacularly situated Yemata Guh, reached after a 20m walk along an unprotected precipice above a deep ravine. Great information of these churches is provided in David Buxton’s,  ‘The Rock-Hewn and Other Medieval Churches of Tigre Province, Ethiopia.’ We were gifted with empty mountains throughout the trip, only passing the occasional shepherd boy on our daily routes. The guides (named Haile and Gabriele) welcomed us into their homes and introduced us to their families such was their warmth. The churches we visited defy description in their location and their rich history.

Travelling through Ethiopia takes time and there are multiple opportunities to explore the country such as the Simien, Lalibela, Lake Tana and of course Addis Ababa but none will provide you with such splendid isolation, beauty and hospitality.

As well as being able to access the area from the north via the regional capital of Axum, you can also head in from the East via Makale. The smaller towns of Hawsien, Wukro and Atsbi are all within striking distance of the mountains and offer accommodation for tourists. Axum and Makale both have airports connected to Addis Adaba by Ethiopian Airlines.

The rainy season stretches through June and July in Ethiopia, yet the Tigray region receives only small, infrequent showers when the rest of the country sits in deluge. If you’re travelling during the European summer, Gheralta is an ideal alternative to the cloud-covered Simien range. Temperatures are mild at this time, a contrast to the summer when temperatures can reach upwards of 30° degrees Celsius.

It is essential to carry a decent supply of hard cash given that there are no workings ATMs in the region but provincial banks will happily change FOREX ($, € ,£).