Gregory Crewdson’s “Cathedral of the Pines” in London 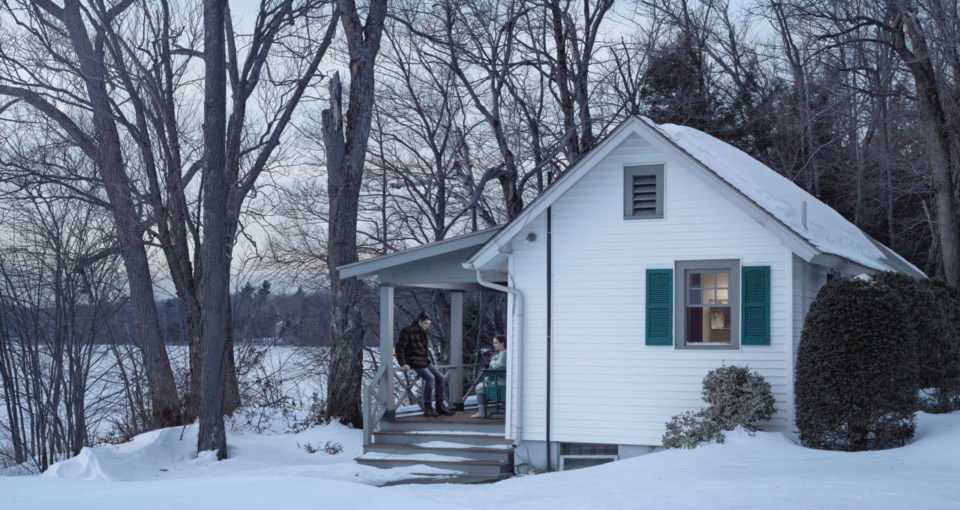 Normally a wander through London’s Soho is unlikely to surface visions of isolation in the wild. But thanks to a new installation across three floors of The Photographers’ Gallery, those craving more than the tennis-court-sized greenery in Golden Square can sidestep onto the Appalachian Trail fairly easily.

Shot between 2013 and 2014, the series of photographs that make up Gregory Crewdson’s Cathedral of the Pines capture intimate scenes of domestic life in the small rural town of Becket, Massachusetts. While the harshness of the outdoor climate can’t be ignored, the confiments of the home and domestic objects expose the separeteness, closeness and isolation of individuals.

For the first time, Crewdson used friends and family as models, adding a new layer of relation between photographer and the photographed. Further, photographs were taken when Crewdson was grappling with his own difficulties, retreating to the country away from Manhattan and a divorce. It was during this passage that Crewdson came across a section of the Appalachian Trail called Cathedral of the Pines, knowing that this name pointed to an opportunity for his work.

The visual suspense of his frames at a similar state of flux, posed in ways that are concerning but in themselves inconclusive. Scenes are carefully set, with a level of detail in composition normally reserved for film. Lighting, props and casting required an entire crew to help with preperation, while makeup and special effects deepen the complexity of each frame.

This attendance to detail also signposts a new trajectory in Crewdon’s career as he prepares an adaptation of Carla Buckley’s “The Deepest Secret” into his first feature-length film.

Drop into The Photographers Gallery before 8th October to see the show for yourself.