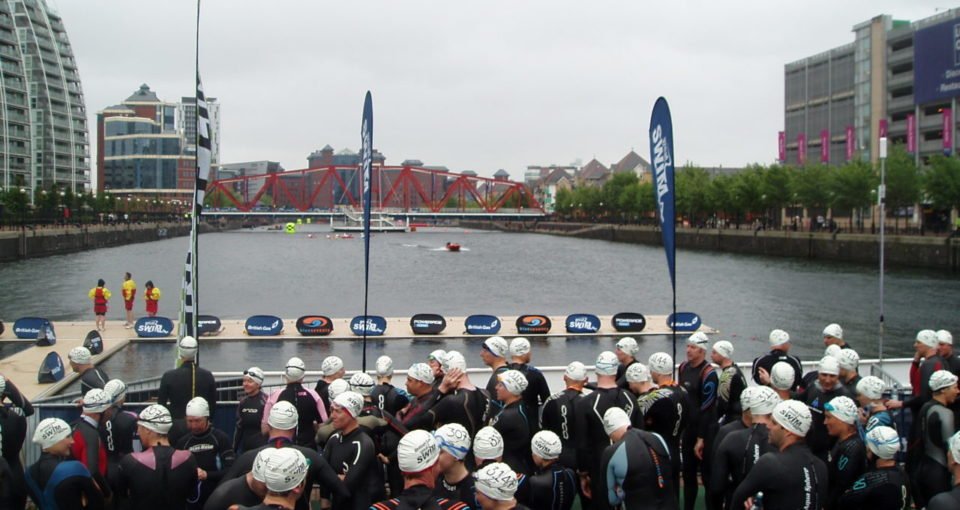 The first Great Swim event of the year kicked off in style on a blustery day at the Salford Quays in Manchester. The city was buzzing both with athletes, participating in the Manchester Run in the morning and the Great Swim in the afternoon, and with slightly less athletic football fans basking in FA cup and Premier League glory.

The Great Swim Series has only been running since 2008, and is billed as “the UK’s biggest mass participation open water swimming series”. While the original event was held in Lake Windermere, in 2011 there are five events taking place in Salford, Suffolk, Windermere, London and Strathclyde.

The format of each of the Great Swims is the same. Start times are staggered, with each event featuring an elite race for women and men, as well as a series of “waves” for swimmers of any standard. Each course is GPS calibrated to ensure that the exact distance is covered and every competitor is electronically timed with a chip strapped to the ankle.

The Salford Swim is a one mile course through the Salford Quays that is unique in that spectators are able to follow swimmers along the entirety of the swim. It is also an interesting course for swimmers as it has three distinct segments; the starting quay, the midway Mariner’s Canal, and the finishing Quay. These segments give the swimmer a good feel for the distance covered and channels them into a narrower passage than in many other open water events. Additionally, the structure of the course is such that the swimmer has a wall on their left for the entirety of the race making it that little bit easier to maintain straight line swimming.

Despite the overcast and foreboding conditions, there was a great sense of excitement all around the quays as the different waves assembled for their swims. Once in the warm up area each wave was given a few minutes to test out the icy water, before being given a pep talk and warm up tips by both a trainer and a swimming celebrity (Ian Thorpe getting the best reception of the day). 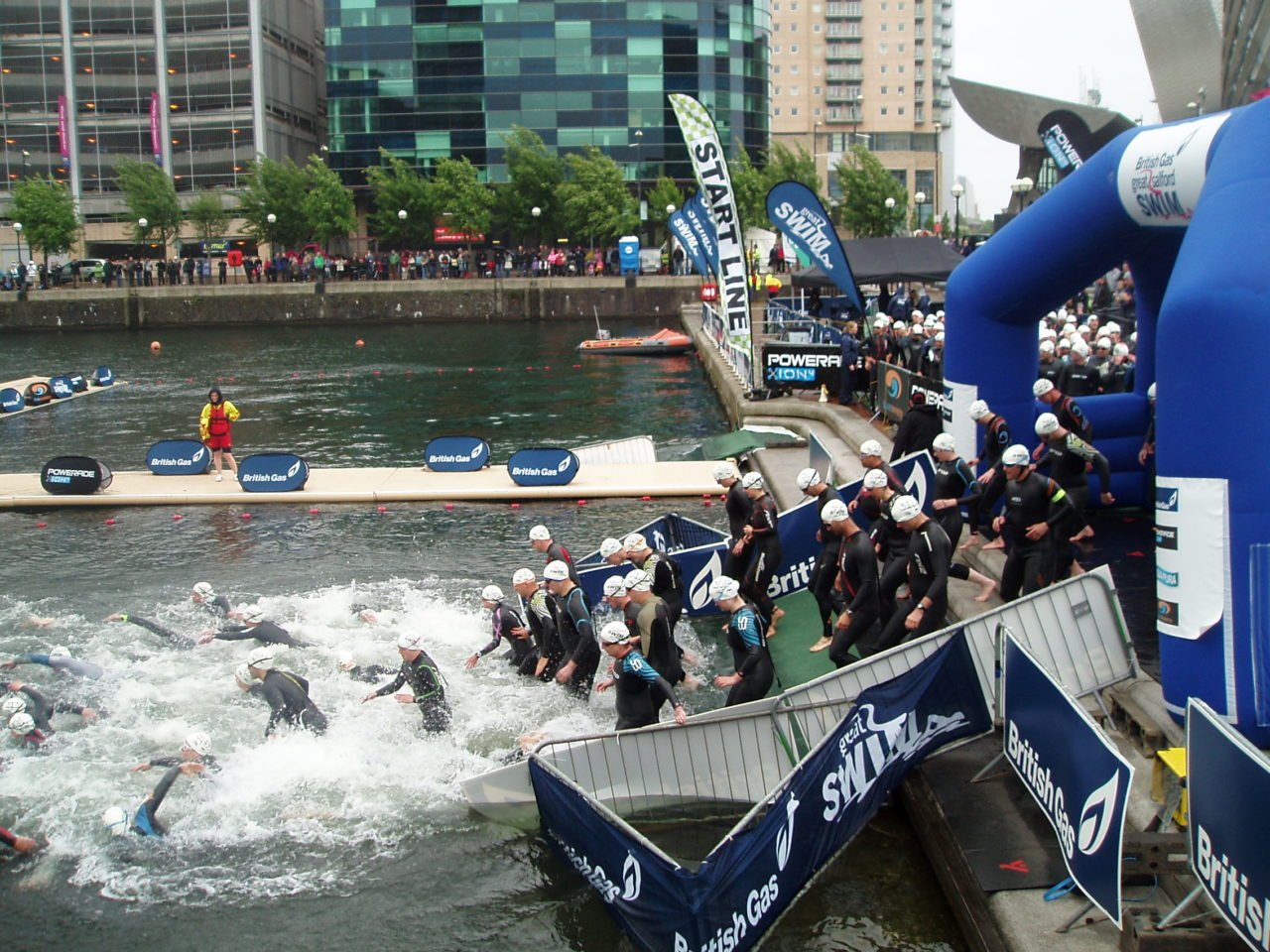 The starting horn would then sound and swimmers would pass over the start line, activating the timing chip around their ankles. At the end of the swim the athlete would similarly exit the water and pass over the finish line to automatically record their time. Indeed, logistically the event was flawless; on finishing the race swimmers would find their kit transported from the starting changing area to the finishing area.

It was cold. 14 degrees Celsius cold. I was extremely grateful to BlueSeventy who kindly gave me an extra hat to wear underneath my delightfully thin lilac coloured wave hat.  Temperature aside it was a very satisfying course to swim. The water in the first quay was a little choppy, adding to the challenge of the initial dense ruck of swimmers, but after the first 300m it calmed significantly. Having supporters cheering right the way around the course also added a welcome touch to what can be a relatively lonely sport.