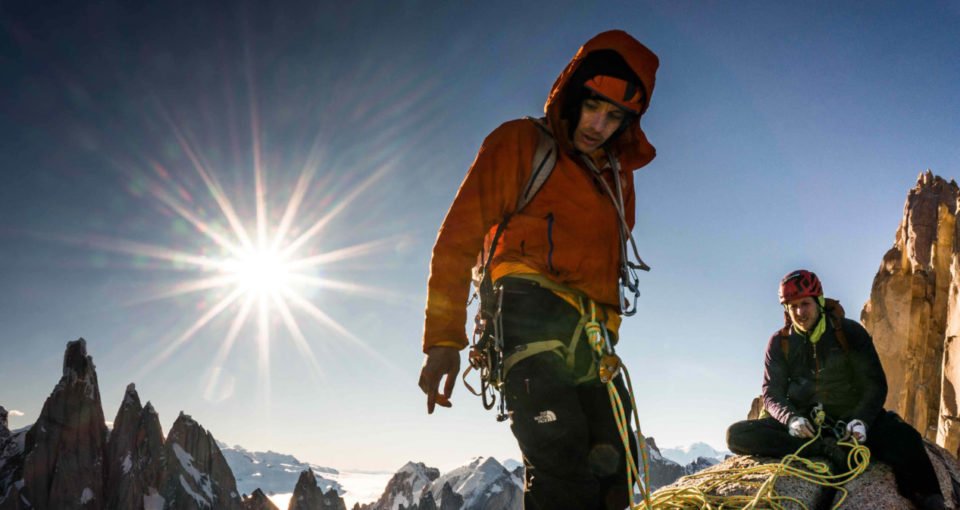 Find yourself in Munich’s western reaches alongside a pair of Chinese pagodas and you’ll not be far from an impressive amphitheatre, tucked between a clump of trees on the lake. This idyllic location is enough to enjoy in itself, but throw up a projector screen and a selection of the best outdoors films from the last year and you’re now in a virtual Eden in a quiet suburb of Bavaria.

The European Outdoor Film Tour passed through Munich on Monday night, creating a centripetal force for the city’s energetic outdoors people. In many ways Munich is a kind of leafy adventure hub anyway, an hour’s drive from the Bavarian Alps and minutes from a collection of impressive lakes. But the spread of films included in the 2015/16 E.O.F.T. tour take escapism to a new level, framed by incredibly ability and cinematic creativity.

Opening this year’s edition of the European Outdoor Film Tour was Burn It Down from Arbor Collective, a clip featuring a group of longboarders hurtling down highways in the American West at incredible speed, with mesmerising control. The sweeping roads are captured well by an accompanying motorbike, igniting a rush of energy as the evening grew dark in Munich.

In Tamara, Italian alpinist Tamara Lunger summits K2 without oxygen, joining a group of just half a dozen female mountaineers who have matched this accomplishment. Having suffered a personal tragedy during a summit attempt in China, Lunger has found returning to the mountain to be an emotional struggle. Topping-out on K2 was as much a personal victory as it was another remarkable feat in the career of a climber whose list of achievements already compares with some of the great men of high altitude climbing.

In an entertaining and humorous clip, Masters of Slack, two of the world’s best slackliners outline their approaches to the sport. The older, haggered pioneer Andy Lewis expounds a free spirited mindset when it comes to his career, a position that became concrete after essentially turning down an offer to tour with Madonna. Instead, Estonian Jaan Roose became the slacklining act of Madonna’s tour, reflecting a more regimented approach to a career in slacklining. The short does a good job of comparing the two athletes and their entirely contradistinctive outlooks on the sport, but more broadly work in relation to play.

With A Line Across the Sky we were back in the mountains in the company of Alex Honnold and father Tommy Caldwell as they traced a route across the entire Fitz Traverse in Patagonia while deconstructing any revered impression of alpinism. Honnold, best known for his freesoloing in Yosemite, finds his Patagonian adventure to be wildly different to his normal work and though his humour reverberates throughout the film, it’s clear that his ability is exceptional. By comparison, Caldwell comes across as experienced, even though his background in climbing is also more tuned to clean granite than the flakey face that hadn’t been conquered in its entirety before the duo made their attempt.

Perhaps the most visually impressive clip of the night was Unbranded, the story of four best friends making their way from the US-Mexican border through the mighty West to Canada, all the while riding a pack of wild mustangs. The journey takes over 100 days and its gnarly challenges mirror a coming-of-age for the four recent graduates. Fittingly, the 3000-mile journey and epic film close with a grounding remark about America’s vanishing wilderness and the priority of protection. Even as a non-American (and non-horseman), it’s easy to understand the sense of sentimentalism around a very short history of human happiness in wild places and the companionship found with incredibly hardly animals.

Closing the evening was the appropriately philosophical and what-are-you-doing-with-your-life kind of Unreal edit from Anthill Films and a group of the world’s best freeride mountain bikers. Most artistically captivating is Brandon Semenuk  and his descent of a purpose-built track, shot in a single cut during a lush green spring and with the help of an additional bike for the more bumpy finish.

The European Outdoor Film Tour continues this summer through Germany and Switzerland.