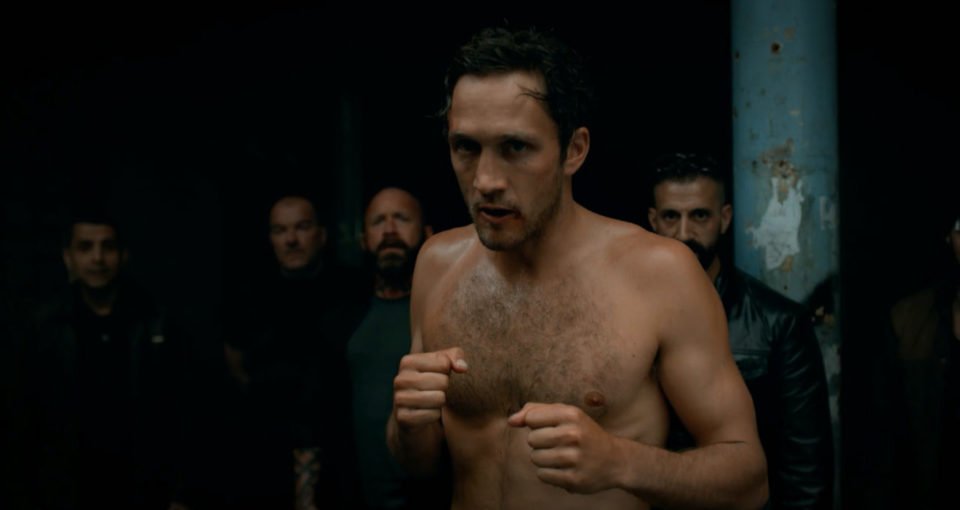 For those unfamiliar with South African big-wave surfer Frank Solomon, you would think a feature-length film following the past three years of his surfing adventures would be a good place to start. Yet in genre-busting film Let’s Be Frank, Solomon takes on a mythical role as he acts out a legendary and riotious lifestyle that’s only faintly connected to his coastal movements.

Where the film deliberately surrenders factual accuracy, it makes up for cinematic panache. By stridently blurring fact and fiction, director Peter Hamblin is able to chart the course of his imagination with a level of style rarely seen in surf films. Yes, there is some actual footage of the Cape Town native carving up big waves, but most time is spent acting out scenes of seduction, violence and adventure, which could be just about believable from a runaway athlete from the tip of Africa.

Complete with a 1950s color palette and fast-changing shots narrated by another pro surfer, John John Florence, Frank’s fictional life is a source of intrigue to an aristocratic filmmaker, Alex, who leaves his mansion in search of the protagonist and the life of an unhinged character.

237 hours of film were shot for the product, condensed into 90 minutes with the help of a soundtrack written by Ben Harper, Jesse Ingalls and Jason Mozersky that pulls together an crash of blues, folk, soul, reggae and rock. The deepest point of fictional flare comes in the form of scene most notably played out by Brad Pitt or Edward Norton in Fight Club, with comparable stunt detail and realistic blows that shift the focus well away from blue breakers to the doom of a basement in Ireland.

Speaking with Variety about the film’s accomplishments in extending the genre, Hamblin is prophetic:

… I wanted to appeal to a broader audience and show more than surfing, if you want to view wave after wave, just get online and you can consume hours of it! Also I think peoples attention spans are diminished. We consume content quickly, so I wanted to infuse LBF with the unexpected to keep the audience wanting more! I also just wanted to explore filmmaking and learn from the process, and focus on executing every scene to the best possible standard!

Writing on his blog about the first few stopovers of his tour though Los Angeles, London and San Sebastian, Solomon’s account is almost confessional, “My nerves started to kick in when I saw the advert for the film in lights on the side of the cinema – that was definitely a first for me!”

This humble, non-celebrity simplicity makes his effort more ambitious and impressive, opening up a new role for athletes that may or may not fulfill the outlandish lifestyles their followers fantasize about.

Let’s Be Frank is available to download on iTunes and Vimeo. Email us any comments for similarly arty outdoors films via will@zafiri.com.