Is Ecotourism Working in Africa? Views from Conservationist Ian Michler 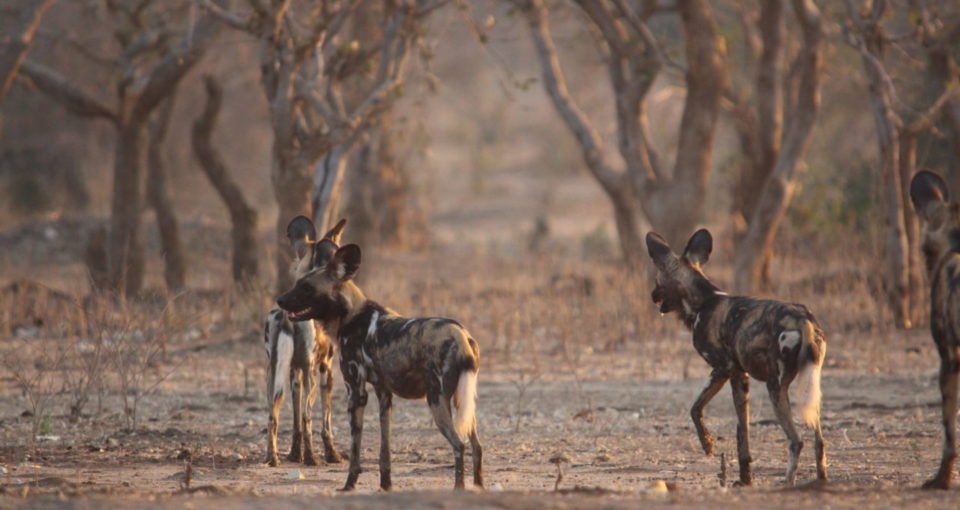 Introducing Ian Michler, a photojournalist, conservationist and owner of Invent Africa, a safari operator in Southern Africa. Michler is an expert in ecotourism and wildlife management issues across Africa for Africa Geographic magazine, and has kindly shared this piece that tackles some of the critical issues the industry faces as it absorbs growth in protected areas.

I write, I photograph and I guide. These are my chosen activities, and I do them because they make my life meaningful. I also do them because I believe that our planet and its wilderness areas and wildlife are under threat, and that I have a responsibility to do something about it. I have, by and large, bought into the accepted principles of how best to manage this threat and secure what is left of our natural world. But, of late, I have become increasingly mindful of a quandary: am I part of the solution, or do I contribute to the problem?

There is a proverb that says: ‘Treat the earth well, it was not given to you by your parents. It was loaned to you by your children.’ It encapsulates the conundrum the world faces and, more specifically, it relates to those of us who live and work in the wilderness and are involved in the sector of the tourism industry that promotes usage of natural resources. On one hand, to a greater or lesser degree, we strive to preserve, conserve and protect the wilderness and its diversity of species, as well as respect the people who live in the places we visit. On the other hand, the essence of what we do – supposedly to achieve these aims – seems to be undermining what we believe we are achieving. Is the way we manage our tourism industry part of the solution, or at the heart of the problem?

There was already a basis for this thinking – that of sustainable development or sustainability, and its co-concept, sustainable utilisation. Although rooted in centuries-old thinking and writing, it can be argued that the concept was brought into mainstream use by the Brundtland Commission. Under the auspices of the United Nations, its 1987 report “Our Common Future” (PDF) addressed society’s growth limits, the population explosion, resource depletion, the poverty situation and ways of balancing socioeconomic development needs with environmental concerns.

Amongst other things, the report proposed that substantial development was needed to raise the standard of living of the poor in a manner that was not detrimental to the environment. The concept of sustainable development was hailed as the way forward, and was defined as: ‘development that meets the needs of the present without compromising the ability of future generations to meet their own needs’. There were sceptics but, generally, it was received enthusiastically across the globe. It became entrenched at the Earth Summit held in Rio de Janeiro, Brazil, in 1992, and was further endorsed at the 2002 World Summit on Sustainable Development held in Johannesburg, South Africa.

The first mention of ‘sustainable use’ dates back to a 1980 report released by the IUCN and WWF entitled “World Conservation Strategy” (PDF), which referred to the ‘rational use of natural resources’. The term became a staple of the 1990s, when the same agencies published “Caring for the Earth: A Strategy for Sustainable Living” (large PDF). Promoting the sustainable harvesting of wildlife and plants, its tone struck a chord with most of the conservation and tourism world as the preservationist approach – leaving wilderness untouched and undeveloped – was falling into disfavour.

In southern and East Africa, sustainable utilisation has become the cornerstone for conservation, wildlife management and tourism policies, and is endorsed by most private operators and environmental and conservationagencies. It is also one of the core objectives of the IUCN’s Convention on Biological Diversity, which has been signed by more than 100 countries.

It was at around this time – the early 1990s – that the ‘Wise Use’ movement gained momentum in the US. Founded as a counter to environmental movements, it promoted the commercial exploitation of all natural resources and spoke for those who owned and worked the ‘middle landscape’ – the land between industrialised urban centres and true wilderness. In Africa, the paradigm that merged ecology with economics had already taken root, particularly in South Africa and Zimbabwe, but it was given a major boost by the Wise Use philosophy. Many private game-farm owners became instant converts, and various southern African organisations were soon touting the ‘if it pays, it stays’ line.

It was inevitable, then, that the notion of the ecologically aware traveller or ‘ecotourist’ would be linked to the sustainability banner, and that all related wilderness and wildlife pursuits would become bedfellows.

The term ‘ecotourism’ emerged in 1983 and is generally attributed to the Mexican architect and environmentalist Héctor Ceballos-Lascuráin (who still serves as a Special Advisor on Ecotourism to the IUCN and World Tourism Organisation). Like sustainability, its definition has evolved over the years, but in its uncorrupted form, ecotourism embraces the following principles: responsible and low-impact travel, adherence to ecological principles, conservation of biodiversity, respect for local laws and cultures, benefit-sharing for local communities with their informed consent, and educational input.

The concept gained ground during the 1990s, and reached global acceptance as a niche market in 2002 with the UN-designated International Year of Ecotourism. Other phrases have also come into use within the industry, such as sustainable tourism, adventure tourism, geotourism, safari tourism, ecotravel and Neat (nature, eco- and adventure tourism). More recently, and because of the onerous nature of the definitions, some operators are moving away from ecotourism altogether, preferring ‘nature-based’ tourism instead.

Often used interchangeably, ecotourism and sustainable utilisation are quoted by almost anyone within tourism and conservation who seeks validation for their operation. So ubiquitous have these terms become that it could be argued that they are now devoid of meaning. An ecotourist, for example, could be anyone from a lone hiker in the Rwenzori Mountains of Uganda to a member of a 4×4 convoy in the Moremi Game Reserve in Botswana, or a trophy hunter shooting a lion in Namibia. Ecotourism operators would include a Samburu warrior offering his services as a birding guide in northern Kenya, a large hotel on the edge of the Ngorongoro Crater in Tanzania, and a farmer conducting tours of cages filled with captive-bred predators in South Africa’s ‘middle landscape’.

Although there are as many codes of conduct, charters and certification programmes as there are definitions within the industry, most have no sound verification process and none has legally binding consequences. ‘Greenwashing’ is increasingly commonplace.

Both southern and East Africa have a vast range of operations that are regarded as ecotourism destinations – low-budget campsites, adventure operators and multi-use community projects through to super-luxury lodges and hotels in national parks and private wildlife areas. Most are linked, in some way, to conservation initiatives and wildlife management projects, and a number have legitimate community participation schemes in place.

But, after almost two decades of sustainable utilisation and ecotourism, how effective have these twin concepts been in protecting and conserving the wilderness and its wildlife? Have they merely become convenient catch phrases hiding cumulative impacts? To what extent have they been a model for true, substantive community participation, ownership and poverty reduction, or are they simply a case of lip service?

Some things are certain: the number of tourists and tourism destinations is growing and our demands on the wilderness are intensifying. Traditional communities are becoming increasingly commoditised and our impact levels or ‘ecological footprints’ are mounting. Natural habitat continues to be destroyed, species extinction is occurring at unparalleled rates and income disparity is wider than ever.

So where is it going wrong? With the vagaries and deceptions that exist in the definitions, it is hardly surprising that there are substantial shortcomings in the way ecotourism and sustainable development are practised. For many lodge owners and travel operators, this means adhering to sound ecological principles in the field. But who, when visiting national parks and well-frequented private reserves throughout southern and East Africa, has not experienced guides behaving inexcusably at game sightings? While the more reputable operators in private concessions and reserves exercise some control, the melee that exists around animals in many parks is one of the most outrageous aspects within the photographic safari industry, yet it continues.

And, even when operators do comply in the field, have they followed environmentally sensitive methods in constructing a lodge or camp? Building methods, the materials used, waste disposal, insensitive use of generators and wasting water and electricity are areas where many operators and lodges fall woefully short. This is not helped by an inclination to pander to the excessive demands of tourists. Modern luxury conveniences, such as air-conditioning and swimming pools for every room, compromise many intentions of running an ecologically sound operation.