The Dimensions of 2014’s Down Story 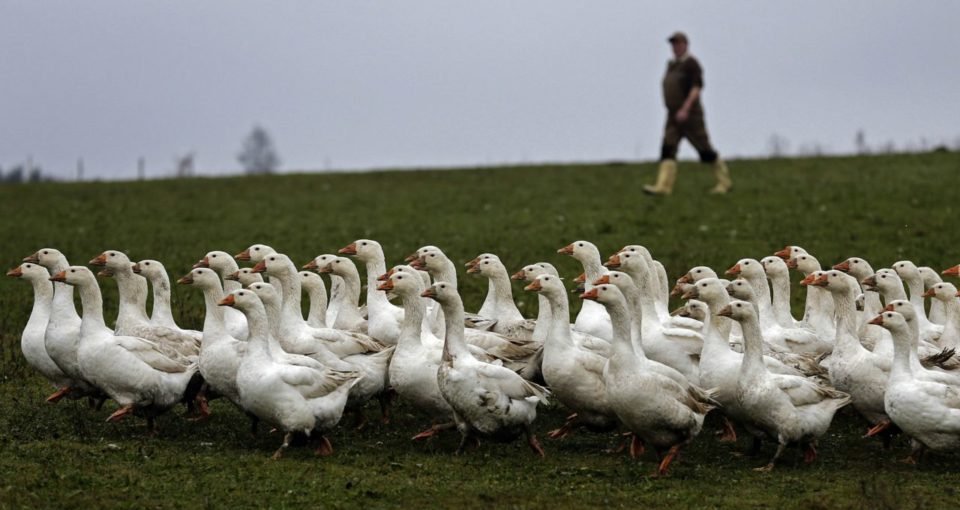 This winter has seen a number of updates to the debate on down and its ethical use in outdoors apparel. Two months ago, UK RRP £250 and The North Face were at the forefront of the action – two Californian brands pushing ahead their own measures for responsibility in down consumption.

Since Patagonia was exposed in 2011 for sourcing their down from grey geese used for the production of foie gras, they’ve spent plenty of time patching up their tarnished reputation. Animal welfare group FOUR PAWS were at the forefront of the enquiry into Patagonia’s activities, an organisation that the Ventura-based brand partnered with in coming up with more rigorous parameters for their down, the Traceability Down Standard. Launched in October via a charismatic animation, “What the Pluck? – Conventional Down Is a Scary Business”, which has caused a stir through its honest depiction of the state of down farming.

For The North Face, the Responsible Down Standard was good enough, claimed to be the most comprehensive method in ensuring animal welfare around down production. Though The North Face recommend that others follow suit, Patagonia have developed their own Traceability Down Standard since being exposed by animal welfare organisation Four Paws in 2011.

As a crucial distinction between the two standards, Patagonia refuses to use farms and slaughterhouses that partake in live-plucking or force-feeding, even if these suppliers also have an ethical offering. This exclusive standard trumps The North Face’s somewhat lax approach which allows for their down to be sorted in the same factories as conventional down. In a factory full of conventional and sound feathers, there is of course a good chance that blends are made by mistake – a fault that Patagonia has side-stepped entirely. Patagonia’s garments are still made in factories that use both types of down, but they’ve made a promise that feathers are kept in specially demarcated zones whilst in storage.

Ultimately, while both brands defend their utilisation of down in their garments, they do subside a form of farming that exists primarily for the production of meat. The reality is that no ducks or geese are bred and raised for the sole purpose of being used by an outerwear brand. Rather down is a byproduct of meat production and has become the preference for high-end apparel brands because of its exceptional warmth-to-weight ratio.

To pass the first level of the challenge, companies must define traceability as a corporate goal. The second level requires brands to be checking farms to be sure no force feeding or live plucking is going on. Levels three to five involved further measures, including the inspection of farms unannounced or the neglect of any situations of parallel production.

As well as inviting The North Face and Patagonia to take the challenge, outdoors brands Vango, Kathmandu, Fjällräven, Jack Wolfskin, Mammut, Mountain Equipment, Vaude are also participating.  Mountain Equipment’s Director of Product, Richard Talbot, outlines the importance of having a pragmatic and flexible policy on down sourcing quality down, admitting that the work that still needs to be done.

“The results of the Cruelty Free Down Challenge highlight some of the issues that remain. The adoption of effective auditing standards remains the exception rather than the norm within the wider industry and the reach of those standards is still yet to extend to many of the collector-based supply-chains which are responsible for much of the down that ends up in consumer products. That will need to change if down of all types is to remain a commercially viable and ethically sustainable high quality insulator.”

In many ways, sentiments around sourcing responsible down are determined by how well a brand controls supply and communications. Through their animation and a dedicated page on their site, it’s clear Patagonia are eager to get the message correct and avoid misunderstandings in the future. On their blog, the brand makes it clear that opting for down can offend certain groups, a transparent approach that has become one of the company’s trademark strengths. They clearly state that vegans should explore other insulation technologies, those synthetic jackets that use petroleum-based fabrics and not animals.

Even if The North Face’s efforts trail behind those of the less tolerant Patagonia, both brands hope to lead outerwear and apparel into a new era of responsible down. When it comes to accelerating the transition, getting a grasp of the consumer interest for ethically-sourced down could be telling. Beautiful communications and a compelling narrative – though lambasted by some – might be the tools that help shift the balance.

For more information about how Patagonia is pushing the agenda on ethical down, head to patagonia.com/environmentalism.